CELERY 101 -- The MAGICAL NETWORKING TECHNIQUE! or HOW TO GET CLIENTS FOR YOUR NEW AGE BUSINESS 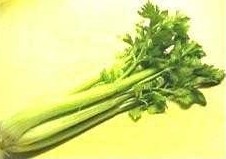 This is a class on PEOPLE ATTRACTING 101. It's a simple method. You go to your local health food store as that's where the super rich shop. That is especially true of WHOLE FOODS. Apples are 3$ a lb when in the little market chains, ones with 10 stores or so, you have them at 50c an lb. But still, you pick up a few clients that will PAY for those groceries. So who cares if it's more expensive than the A&P?  Just just buy the stuff that's the same price as supermarket, like 32 oz. full fat yogurt around 3$ and the best made Arabic, Greek, Israeli corporations, too. Also get cage free eggs, often a loss leader at WHOLE FOODS. You can get hummos at an Arab small market way cheaper, but comparison shop, anyway. As peanuts are the highest food in pesticides, maybe you'd want to invest in organic peanut butter. While you shop/ eye/ watch/ for Beverly Hills Wives. Patrol the PRODUCE department.

When you see a stylish, wealthy woman in great sportswear and puhlenty of stylish daytime jewels and she's bending over the CELERY, sidle up to her very quietly and say under your breath, "good call. Celery will take the inorganic sodium out of your husband's arteries, prevent heart disease, strokes. That Process  where organic salt pulls out inorganic is called chelation. Strokes create half the senior health problems, I hear Hillary has a clot in her brain right now, Bernie may be back." She'll immediately start conversing with you. People love gossip. And in a minute you can get back to her hubby & ridding him of the IN-organic sodium already stuck in his brain-- Remind her celery is very useful if you want to keep a man alive & around. But next, to create strong veins, you want to use bioflavenoids or grapefruit with all the pith. That's the collagen factor. Firmness of capillaries and veins so they don't break in a stroke. Also firmness in flesh. Also it gives a woman a firm youthful face.

"Oh, is that a fact? How can celery and grapefruit do all that?"

"Well in the case of celery, In-organic minerals like sodium are always chelated by the ORGANIC FORM. So eat foods High in organic soluble Sodium like celery and watermelon. Those two foods will pull or melt the hard, destructive sodium plaque that's stuck in veins. You can look in someone's iris and see if strokes are coming. By that white ring? That's sodium. IRIDOLOGY calls that white cloud a 'sodium ring'. It's endemic in modern man's veins by forty yrs due to over salting. We'd be much better off making gomasio and using it on food, as the toasted, lightly salted sesame seeds have a crunchy, chippy flavor without a lot of salt. Or use light soy sauce, diluted in the sauce around a food. Rather than regular soy sauce. Then tell her how to make gomasio out of toasted sesame seeds and sea salt.

"My you're a walking encyclopaedia. Are you a holistic healer?" At that point I say 'I do astrology and I read palms but I feel that's a kind of healing as over fifty yrs of reading hands, I began to spot signs of disease which are there, so I went looking for the cures for the most common maladies."

Then, I usually just hand the lady my business card. That woman is never going to lose that card after what she's heard. At that point, you may be tempted to say 'now remember, eat watermelon on an empty stomach as it totally prevents anything else from being digested,' but toss it over your shoulder as you leave. Always leave them wanting more. Don't go on talking, eyeball to eyeball, do the 'finish. Get out. Be Casual.

Another good finish as it's non intrusive would be, "it appears mother nature gave us the cures to slowdown disease, in certain power foods. It's a good thing you're here at this store as minerals in organic produce are 14 times higher than super market vegies and fruits. Well, good day oh, and drop me an  email at that addie there on my card and I'll send you articles on how to foil the ten top diseases in your genetic family history. Ask around find out what all the grandparents had as that's the generation you take after.

OF course I also wrote "HOW TO KILL A LOUSY HUSBAND WITH PORK CHOPS....." but that's another story. Until my new pals get the hang of how dark my humor is, I don't unleash THAT article on THEM until they tell you they want him gone.

So, you see? THE JAW HAS BEEN DROPPED. The gauntlet has been thrown down. You probably just got a client! So ALWAYS carry cards in your vest pocket and keep an eye on the CELERY AREA! Always have an EMAIL addie on your card! For your new pal it's way simpler and less emotionally involved DROPPING AN EMAIL than calling this amusing, cute but fairly strange GIRL on a phone.

Here's what is GOING to happen from that meeting. You'll be giving her massages soon. Teaching her maid how to massage her, a suggestion of yours for her, as a less costly route. And she will be inviting you to all her parties, fondly, trying to marry you off to the rich, single guys around her in her stratum of society.

I have also found that one happy client who's convinced you're the best thing since sliced bread (which isn't!) brings a client pal or two later. So read up on all the FOOD HORRORS like the fact that ordinary bread even whole wheat bread, contains FLOUR and FLOUR is damn clogging and toxic. 100% Soaked, triterated grain is the only way. Read GRAIN BAD!

NEXT thing. Build a BEAUTIFUL, SIMPLE, HTM website  and send your new pals to your articles on GRAIN being bad or CHEMICAL LEAKS in moldy old buildings and leaks in NEW HOUSING and/or SMOG, or whatever you write about.. Babies, sex, love, diets, international artisanry,and doing amazing, high profile charity work with the UBERWEALTHY of your town, by running a small, elegant charity for dying babies in Africa or doing   FAB PARTIES.

And note that in an average EMAIL, you can drop some of your WRITINGS on this thing you know so much about.....a few URLS dropped into your email's text, (don't use HTM for emails, ever!!!) See what I mean at the WEB INDEX..... ergo when pal receives your email, they become  "LIVE LINKS".....so you write your celery pals when they call or write you and THROW IN THE URLS,  http://www etc and they will click on it and be very impressed with you. See "HOW TO MERCHANDISE YOURSELF ON THE NET"

Our POSTER is ANITA SANDS HERNANDEZ, Los Angeles Writer, Researcher, mother of 4 and career Astrologer. Catch up with her websites  TRUTHS GOV WILL HIDE & NEVER TELL YOU, also The  FUTURE, WHAT'S COMIN' AT YA! FRUGAL LIFE STYLE TIPS,  HOW TO SURVIVE the COMING GREAT DEPRESSION, and Secrets of Nature, HOLISTIC, AFFORDABLE HEALING. Also Sell American ARTISANRY FOR EXPORT, EARN EUROS...* Anita Sands  is at astrology@earthlink.net ). Get a natal horoscope "your money/future best route in life" reading now + copy horoscope as a Gif file graphic! No smarter, more accurate career reading out there!

<==== BACK TO THE SHOW BUSINESS ARCHIVE for screenwriters, producers and video documentary makers

<====HOW TO TINKER WITH OTHER PEOPLE's BRAINS for MONEY ; BE A SHRINK, TANTRUM YOGA no COLLEGE degree Req'd.

<=== BACK TO THE NEW AGE EMPOWERING INDEX