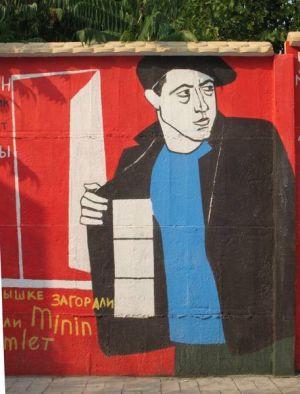 The underground or "black" economy is rapidly rising, and the cause is mainly due to government policies of making wars on Arabic nations whom the POLS allege are up to mischief, when it was actually two dozen terrorists who'd come from our ALLY Saudi Arabia. But in so doing, genociding millions, they've made many MUSLIMS utterly hate Americans. Why did Uncle Sam wage all these wars at once? To bribe their way to all the high profit oil the 7 sisters can steal -- even though the war costs taxpayers brillions a year ! (COST OF WAR DOT COM) which gives a figure of above ONE TRILLION PLUS that's a thousand billions PLUS SOME ... for the war since 2001... yet our POLS have the temerity to blame the whole thing on not a dozen MUSLIMS but A BILLION of them, proving that our POLs have a total lack of morality! They don't believe those Saudi terrorists living in Germany represent all muslim countries but they tell YOU that they do. The Blame Game is being used to genocide cave dwellers! FOR PROFIT!  Not only genocide endemic but USA POLS are guilty of a total absence of attention to the American MONEY system, letting the FED and IMF banksters run hog wild with NAFTA, GATT,  War toy Arms dealers RUNNING the WHITE HOUSE. These pols are guilty of  idiotic statesmanship engenderd by their own greed --- guilty of a total lack of a POLICY which would sustain our citizenry's earnings and those of the entire world. The greedy FELONS that run things have forgotten to focus on AMERICA's Gross national product (distracted by cash-toting lobbyists/ oligarchs and the much need huge $$ campaign donations so they can stay in power...) all the above resulting in american going down the tubes, consumers losing income/ jobs,  homes, heat, food,  health care, all of it. The short sighted focus of GREEDY POLS has resulted in banksters stealing from the system, giving bankruptcy to many of our best corporations, resulting in  no jobs for recent grads (with huge student loans), no jobs for  ethnics, seniors, single mothers, females in general, the uneducated or even those WELL educated graduating college into a dead economy!) And almost no jobs for WHITE men. Anywhere.

Let's forget cause and effect. Here is the statistical evidence. The Federal Deposit Insurance Corp. (FDIC) released a report last stating that 7.7 percent of U.S. households, containing at least 17 million adults, are unbanked (i.e.  do not have bank accounts), and an "estimated 17.9 percent of U.S. households, roughly 21 million, are underbanked" (i.e., those who rely heavily on nonbank institutions, such as check cashing and money transmitting services but have nothing to do with REAL banks). Do you get the implication? A FIFTH of us are in an UNDERGROUND BLACK MARKET ECONOMY ALREADY!

As an economy becomes richer and incomes rise, the normal expectation is that the proportion of the unbanked population falls and does not rise as is now happening in the United States.  Poster's note. What they don't realize is that fully HALF of the citizenry uses the bank and a debit card for underground earnings. Banks work just fine for your client's cash, checks, postal money orders or even Pay Pal earnings all of which keep jobless people out of starvation. Amounts earned may be low, range from 400$ to $1,000 a month, or up to $10,000 (any more per transaction, bank must report.) Then there's the 7k per annum limit to any ONE boss/ client/ to keep IRS from considering this BOSS a W-2 in the making, subsistence earnings from little cottage industries, online web sites. We or our children mow lawns, do horoscopes, mentor children --Yes, we criminal grannies actually baby-sit or mentor-- That is all considered UNDERGROUND or black economy. So perhaps FIFTY PERCENT of us are underground!

Author Rahn goes on "Tax revenues are falling far more rapidly at the federal, state and local level than would be expected by the small drop in real gross domestic product (GDP) and changes in tax law that have occurred since the recession began. The currency in circulation outside the U.S. Treasury, Federal Reserve banks and the vaults of depository institutions - that is, the currency held by individuals and businesses - has grown by 13.3 percent in the last two years, while real nominal (not inflation-adjusted) GDP has not grown at all, and real (inflation-adjusted) GDP incomes have fallen by more than 3 percent. With the growth of electronic means of payment and financial service providers, it would be expected that the currency component of GDP would fall, not rise.

Countries such as the United States, Switzerland and Japan historically have had relatively small, non reporting and/or illegal sectors, a typical estimate being 13 percent of GDP.

I recall an Italian finance minister telling a few of us at a meeting a couple of decades ago that, for policy purposes, he assumed that "the economy was 40 percent larger than what was reported." In some developing countries and/or highly corrupt countries, underground or "off the books" activities are estimated to be as high as 70 percent of all economic activity.

The FDIC report about the size of the unbanked or underbanked sector in the U.S. should be of concern because those who do not use the banking system often have to pay higher fees to cash checks, pay bills (e.g., money orders, etc.), or transmit funds.

People who keep their savings in cash at home rather than in banks make themselves easier prey for criminals and are more likely to lose their money to fire, flood, or just neglect. Not surprisingly, a majority (71 percent) of the unbanked have household incomes of less than $30,000 per year.

There are many reasons people do not have bank accounts. Banks, because of the "know your customer" and other anti-money laundering regulations, make it difficult for non established people, such as the young and transient, as well as legal and illegal immigrants, to open bank accounts.

Also, many of these same regulations are responsible for the rise in bank fees, which are a particular burden for low income people. You can be sure that every time Congress passes some new law or the IRS implements some new regulation to "get tax cheats," much of the real burden of these compliance costs will fall on those least able to afford it, while those intent on finding their way around it will do so.

People also avoid having bank accounts because they are vulnerable to asset seizure, judgments, levies, etc. Increasingly, bankers and others who provide financial services are forced by governments to spy and snitch on their own customers, and this is a real turnoff for many people, which causes them to find other ways of maintaining financial privacy.

Many studies have shown that when people believe the taxes they are required to pay are reasonable and the political leaders tend to spend their tax dollars wisely, tax compliance rises, and vice versa. In the United States, there is increased evidence that many tax dollars are not being spent wisely and are often used to pay off political cronies.

Over the past year in particular, the public has become aware that many in Washington who advocate higher taxes and argue that everyone has a responsibility to pay taxes are themselves not complying with the tax laws and regulations.

When you have a secretary of the Treasury and the chairman of the House Ways and Means Committee (the tax writing committee) accused of cheating on their taxes, it greatly undermines the moral authority of the tax collectors, making the common citizens feel like chumps and, hence, much more willing to try to legally avoid or illegally evade taxes themselves.

The evidence is unambiguous; governments cannot increase tax compliance and decrease the size of the underground economy by ever increasing and more onerous regulations.

It is no accident that those governments that allow their citizens a high degree of personal and financial liberty, including financial privacy, and spend taxpayer dollars wisely, honestly and competently, have much smaller underground sectors than corrupt and oppressive governments. Washington, take note.

Richard W. Rahn is a senior fellow at the Cato Institute and chairman of the Institute for Global Economic Growth.

NOTHING MORE UNDERGROUND THAN "TIME EXCHANGE BARTER" What is a time exchange? ITHACA DOLLARS.

At its most basic level, a time exchange or time bank is simply about spending an hour doing something for somebody in your community. That hour is recorded in the online software as a time credit. You can then use that time credit, or HOUR, use it by having someone do something for you. This is not about getting paid for helping your neighbors. It’s about leveling the playing field and enabling individuals of all ages, life experiences, and income levels to rediscover their gifts and reinvest themselves and in their communities. This is about working together to build a stronger, more united community. For rest of article go to: 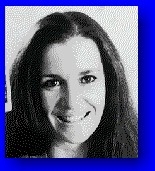 Our POSTER is ANITA SANDS HERNANDEZ, Los Angeles Writer, Futurist and Astrologer. Catch up with her web sites TRUTHS GOV WILL HIDE & NEVER TELL YOU, also The  FUTURE, WHAT'S COMIN' AT YA! FRUGAL LIFE STYLE TIPS,  HOW TO SURVIVE the COMING GREAT DEPRESSION, and Secrets of Nature, HOLISTIC, AFFORDABLE HEALING. Also ARTISANRY FOR EXPORT, EARN EUROS....* Anita is at astrology@earthlink.net ). Get a 15$ natal horoscope "my money/future life" reading now + copy horoscope as a Gif file graphic! No smarter, more accurate career reading out there!

<=== BACK TO ENRON PLANET, the DOOMSDAY SCENARIO where connected, crooked CEOS charge us DOUBLE

<==== BACK TO THE SHOW BUSINESS  ARCHIVE for writers, producers, documentarians

<====HOW TO TINKER WITH OTHER PEOPLE's BRAINS for BIG $. CALL IT "TANTRUM YOGA" NOT THERAPY!