Claiming that the war on poverty has been won, 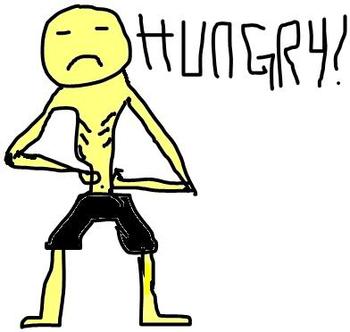 A study released by the White House Counsel of Economic Advisors earlier this week declared, “Based on historical standards of material well-being and the terms of engagement, our War on Poverty is largely over and a success.” Starting from that clearly erroneous assumption, the report goes on to recommend instituting work requirements for non-cash social programs such as Supplemental Nutrition Program (SNAP), Medicaid, and housing assistance.

The report doubles down on perhaps the one consistent theme of the Trump administration: the idea that the poor are imagining their poverty, that all they lack is self-sufficiency and the impetus to work.

The report begins with an obvious fiction: that poverty doesn’t exist in America to any large degree, because welfare programs, which they count as income, have allowed people to overcome what they call “material poverty.” The poor, they maintain, have no incentive to work because of the social programs that have supposedly lifted them from poverty. The rest of the document is devoted to tables, graphs, and quotes stretched to the point of absurdity in support of this conclusion.

The first several pages of the CEA’s report are devoted to fictive definitions of the words “poverty,” “homelessness,” and “hunger.” Because 99.6 percent of Americans did not spend the night in a homeless shelter on one particular January night in 2017, “homelessness in America is rare.” Because only “2.9 percent of people lived in households defined as food insecure in 2016” (an outright lie—12.3 percent of US homes were food insecure in 2016), a number that “includes households which always had sufficient food but at some point during the year had difficulty in obtaining food or reduced diet quality as a consequence of limited resources,” the document blusters, “95 percent of Americans and 99 percent of children” live without hunger.

The document is riven with obvious contradictions. For example, SNAP benefits and housing vouchers positively influence children’s health and academic performance, but, the report claims, they would fare better if work requirements forced their parents off of those programs. The authors assert simultaneously that social programs have helped people out of poverty and that they are responsible for people remaining impoverished:

“The safety net—including government tax and (both cash and non-cash) transfer policies—has contributed to a dramatic reduction in poverty (correctly measured) in the United States. However, the policies have been accompanied by a decline in self-sufficiency... Expanding work requirements in these non-cash welfare programs would improve self-sufficiency, with little risk of substantially reversing progress in addressing material hardship.”

Like Trump’s attacks on Medicaid, the CEA’s proposed cuts to SNAP, Medicaid and housing vouchers are disingenuously cloaked with references to the “self-sufficiency” and economic success of the poor. These claims are belied by their reliance upon patently false information.

In June, Nikki Haley, US Ambassador to the UN, scornfully dismissed a United Nations report on social inequality in the US. “It is patently ridiculous for the United Nations to examine poverty in America,” she scoffed. She characterized the statistics quoted by UN Special Rapporteur Philip Alston, who witnessed widespread hookworm infestation and inadequate sewage disposal on his visit to the US, as “misleading” (the CEA says the same thing about most accepted measures of poverty).

While there are, arguably, different methods to assess poverty, the CEA’s hackneyed attempts to redefine American poverty as extraordinary and rare are shot through by all meaningful indices of the social well-being of workers in the US.

Life expectancy has declined two years in a row—something that has not happened since the 1960s. So-called deaths of despair—suicides, overdose and alcohol-related mortality—are higher than in any other wealthy nation. Suicide rates in children have risen significantly for the first time in recorded history.

Mothers die giving birth at a higher rate in the United States than they do in other Organization for Economic Cooperation and Development (OECD) countries, and that rate is rising. In 2015, there were 26.4 maternal deaths for every 100,000 live births. By comparison, the UK had a rate of 9.6 deaths per 100,000 births, the highest in the European Union, and Finland had a rate of 3.8 maternal deaths per 100,000 births.

These are not the signs of a country with a three percent poverty rate. They are hallmarks of deep inequality and crisis, and no matter how the CEA chooses to define poverty, these numbers show their report for the slanderous fiction that it is.

The CEA devotes significant time to praising the Clinton-era Personal Responsibility and Work Opportunity Reconciliation Act (PRWORA), which abolished Aid to Families with Dependent Children (AFDC) and replaced it with Temporary Aid to Needy Families (TANF). States were given broad permission to impose work requirements upon families seeking TANF.

A 2015 analysis by the Center on Budget and Policy Priorities (CBPP) revealed that the number of children living in deep poverty—which they define as below half of the national poverty line—increased from 1.5 million to 2.2 million between 1995 (the year before PRORWA passed) and 2005, from 2.1 percent of the population to 3.0 percent. Children of single mothers, they discovered, had fared worse. In such families, the rate of children living in deep poverty more than doubled, rising from 2.8 percent in 1995 to 5.8 percent in 2005.

That the Trump administration would herald PROWRA as a successful template for reorganizing SNAP, housing assistance and Medicaid stands out as perhaps the one honest part of the document. It is an open declaration of Trump’s intent to gut those safety nets just as surely as PROWRA gutted AFDC.

The PROWRA reference is significant in a second way. PROWRA was a bipartisan effort. With its passage, the “war on poverty” was converted to a full-scale, bipartisan war upon the poor. PROWRA’s passage in 1996 marked, as the WSWS has written, “the complete abandonment of the policy of liberal reform associated with Roosevelt’s New Deal in the 1930s and Johnson’s War on Poverty in the mid-1960s.” No longer were basic necessities such as housing, adequate food and childcare regarded as “entitlements” that should be enjoyed by all, but as rewards to be “earned.” Like the CEA’s proposals, PROWRA was unashamedly punitive and demeaning.

The Obama administration showed its colors in its war against the poor when it immediately bailed out Wall Street and forced low wages upon autoworkers as part of his stimulus package to “save” automakers. AND BANKS of course. Obama supported the bankruptcy of Detroit, refusing to intervene when city workers lost their pensions as part of the bankruptcy deal. Obama lied just as baldly as Trump when he crowed that the economy had “never been better,” even as wealth inequality deepened during his tenure.

Today, Trump has taken on the mantel of his predecessors. He is overseeing an even greater transfer of wealth from the bottom half of America’s earners to the top ten percent. His rejection of social spending has been accompanied by a lowering of taxes for the wealthiest 20 percent of Americans. These tax cuts come at the expense of the poor. As the WSWS reported earlier this week, “US federal tax cuts have resulted in lost revenue of $5.1 trillion, with 65 percent of that money going to the top 20 percent of income earners.”

While the CEA smugly dismisses poor workers as being too dependent upon the government, the truth is that the Trump administration, like its Republican and Democratic predecessors, depends upon America’s workers to fund its militarism, its attack on immigrants, and its tax breaks for the wealthy. Those efforts are paid for with cuts to public education. They are paid for with stagnant literacy rates. They are paid for with increasing maternal mortality rates and with disproportionate SIDS deaths.

Our 'POSTER-BLOGGER' is ANITA SANDS HERNANDEZ, Los Angeles Writer, Researcher, mother of 4 and career Astrologer. Catch up with her websites TRUTHS GOV WILL HIDE & NEVER TELL YOU, also The  FUTURE, WHAT'S COMIN' AT YA! FRUGAL LIFE STYLE TIPS,  HOW TO SURVIVE the COMING GREAT DEPRESSION, and Secrets of Nature, HOLISTIC, AFFORDABLE HEALING. Also ARTISANRY FOR EXPORT, EARN EUROS...* Anita is at astrology@earthlink.net ). Get a free natal horoscope "my money/future life" reading now + copy horoscope as a Gif file graphic! No smarter, more accurate DESTINY reading out there!

<==  BACK TO THE FIND A SAFE PLACE IN THE TERRIFYING FUTURE HEADED OUR WAY NOW!

<=== BACK TO THE EASY, BREEZY, NO WORK AT ALL GARDEN ARCHIVE for Suburban farmers who plan to go RURAL

<==== HOW EVEN A DUMMIE like me CAN CHURN OUT WEBPAGES BY THE THOUSAND AND ATTRACT AD REVENUE.