HOW TO CREATE A CIRCLE of TRADE

"BRIDGING WORLD HISTORY" is an interesting television series made by Oregon University. The show is one you can buy or even watch online.  It depicts the beginning of world trade in the 1570's. That was when PORTUGAL was the ONLY BIG EUROPEAN TRADER;(the ancient PHOENICIANS from the Lebanon area had been at it for a thousand years at that time.) Within a YEAR, by 1571 Spain devised a way to get in on the lucrative PORTUGAL to China via Africa and then break into the Japan trade circle.

The CIRCLE OF TRADE involved PORTUGAL selling China tons of SILVER which was a very hot item there for some obscure reason! Guess they had servants to polish the stuff! China didn't pay in YEN, she paid in  VALUABLE, porcelain, Dinner sets, decorative VASES and SILK which Africa dearly desired and so did PORTUGAL and the whole of EUROPE. Trade began making the Portuguese a SUPER POWER! They had mines in Africa and more and more boats each year. They had different drop off points, each also a supply point. For instance, the Africans  wanted silk so very badly that they'd pull the thread out of fine Chinese silks and use it to weave their Ashanti textiles indicating there was a market for raw silk fiber.

The trade route was predicated on the fact that China wanted *SILVER* and would pay huge amounts of GOLD for that SILVER, more than normal rates! Usually it was 7 silver coins for one gold, but suddenly it was 12 silver for one gold! That EDGE  encouraged Portuguese traders to stop off in AFRICA, get the silver, then haul it to China who had fabulous porcelain and silk, China dishware. Portugal knew where the silver was, and she knew where CHINA was.

Now here's what happened in 1571. Poor Spain couldn't get in on all this action as she could not physically sail past the bulky size of Western CHINA, even going around Africa and India to do it....cuz Portugal dominated those waters at the time....and without African or Indian bases, which the Portuguese had consolidated for themselves, the trip was just too long to endure.

So, here's the thing. Spain had already known for nearly 100 years that there was a new world, which Columbus had discovered in 1492, so they smartly went in the other direction, across the Atlantic and bumped into SOUTH AMERICA and then found the western coast and by walking across, they found good ole PERU!

PERU had huge amounts of SILVER and from PERU's west coast, it was a short lop across the PACIFIC to MANILA, then on to CHINA. So you can see how 1571 was the dawn of the era of Spain's MANILA CLIPPERS which is WORLD trade, not just Europe to Asia trade.

With her clippers, SPAIN became Imperial nation Numero Uno via THE NEW WORLD and all its goodies, including slave power and MANILA as a stop off point. With the aid of the American INDIAN, Spain mined all the silver that she found in Peru, (A WHOLE LOT of it!) &  in so doing, wore out and killed 8 million Indian miners who were kept in the mines a week at a time, getting the silver out of Peru's POTOSI mine. But who sez Spaniards were kind?

Then, Spain created more mines in this other place, farther north, silver-rich MEXICO. At some point, God suddenly got angry and turned his head and out of nowhere, the Chinese got bored with the same ole same ole & silver lost its value, anything gets old fast, right? So, Spain regrouped, turned to the Atlantic, the CARIBBEAN and Cuba, Dominica, Florida with Africa trade, i.e. sugar, rum, African slaves and later briefly tobacco (until the English got the hint,) with a new set of Atlantic routes and in so doing, waking the AMERICANS to the possibilities of Atlantic trade and turning Americans into slave traders/ owners.  So all this drama is in this great tv show ANNENBERG communications funded which you can watch online! And learn how to do 21st Century trade, with the milk of human kindness, overpaying your 'workers' in the third world, and totally cutting them in on the profits. What I call 'doing an Oprah.'

If you might like to DO INTERNATIONAL TRADE AND BECOME A BILLIONAIRE SEMINAR.....(main page at http://www.masterjules.net/frugartisan.htm,) get together in a trade group and consider what's trendy and hot, stylish, valuable and HANDMADE.... in countries that you'd like to visit and trade with.  And what's typically american that folks abroad want. With air freight, most every country has everything but there are exceptions. TYPICALLY AMERICAN PRODUCTS are not freely traded in other countries.

I guessed at the products listed in that above link. There are more but you cannot know until you go to the foreign city. (Oh goodie, a reason to travel!) Also, you cannot know until you bring the merchandise to the Northern Hemisphere and see what drives your clients wild. I would imagine that if we're talking trade with CHINA it would be beads made of enamel, pearls, jade, other odd semi-precious lapidary gems, fine shirt silk, fine cashmere sweaters, porcelain dishes and other objects of utilitarian nature, and tea would still stir western hearts but Blackberry IPODS would also, or small FM/ AM radios with good sound. So it is necessary that you find the items that China, or any third world nation would esteem to have a reason to go there and unpack your bags. What do you have that China wants? That one is harder.

Don't exclude food items. TEA became a prime article for trade in 780 AD, when Europe discovered the beverage. BY l000, tea was grown in all China. Europe wanted it, so they had to find something to trade for it. They decided on Bengal Opium and gladly made that stopover in the bay of Bengal , India. Shame on them! They got a lot of old, crazy Chineese very addicted! Mao stopped that by putting a death warrant on anybody  selling poppy! But well before he did that, the Brits then occupied a back up position and developed Ceylon and Java for tea. Slightly less narcotic! But somewhat addictive. Subsidies were given to local growers to convert to tea growing. That kind of invasive trade makes food stuffs more costly for villagers all of which (except the drug trading,) shows paths you and your trading corp might tread carefully around.

and the 29,000 Philippine islands. Find unique merchandise there that fill the requisite of being extraordinarily beautiful and also inexpensive as well as utilitarian. Next, it must be an item that we do not have in the USA as it is handicrafted. In the Philippines, that might be the handmade, capiz shell (capa shell) star shaped lighting fixtures. I like the bunch of 3-hanging stars, at staggered heights. The light shines thru the capiz panes of the sides of the stars. Mexico used to make them with plain or smoked glass. The Philippines have the flat capiz shell. Last it must pack easily so that a dozen of them can fit in one crate. GOOGLE IMAGES, then CAPIZ. (to the far right ==========> ) AND MODERN. . (BELOW) 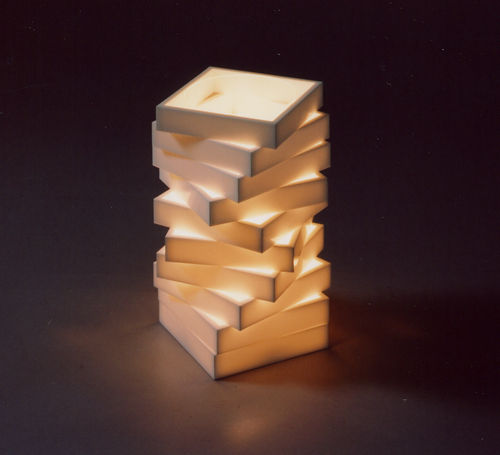 But find something exotic, and hand made. China has distinguished itself for lighting tech, which you saw at the Olympics. Unusual shapes, designs, very high concept, could be explored, classic, antiquey or moderne but make certain it's new, novel, packs easily, can be exhibited without high -tech installation and if you can, give it a memorable name, one as catchy, simple and to the point as the PET ROCK, which back when I was a kid, we all bought for no reason other than the name! LOAF OF BREAD lights above fit that level of catchiness.

Our POSTER is ANITA SANDS HERNANDEZ, Los Angeles Writer, Futurist RESEARCHER, ARTIST, DESIGNER, MOTHER of 4 and career Astrologer. Catch up with her websites  TRUTHS GOV WILL HIDE & NEVER TELL YOU, also The  FUTURE, WHAT'S COMIN' AT YA! FRUGAL LIFE STYLE TIPS,  HOW TO SURVIVE the COMING GREAT DEPRESSION, and Secrets of Nature, HOLISTIC, AFFORDABLE HEALING. Also ARTISANRY FOR EXPORT, EARN EUROS.. Anita is at astrology@earthlink.net ). Get a 35$ natal horoscope "my money/future life" reading now + copy horoscope as a Gif file graphic! No smarter, more accurate career reading out there!

<=== BACK TO ANITA'S BAZAAR FOLKLORICO BUSINESS ON SUNSET STRIP

<====HOW TO TINKER WITH OTHER PEOPLE's BRAINS for big $. NO LICENSE/ DEGREE, call it TANTRUM YOGA 2 B safe