THE FEMA CONCENTRATION CAMPS ARE ALREADY UP READY FOR YOU!

See THE US FED JAIL CAMP THAT  OPENED in OCT 2015
here ==> http://www.disclose.tv/news/List_Of_All_Fema_Concentration_Camps_In_America_Revealed/86674

and THERE ARE MORE CONCENTRATION CAMPS, MANY MORE: 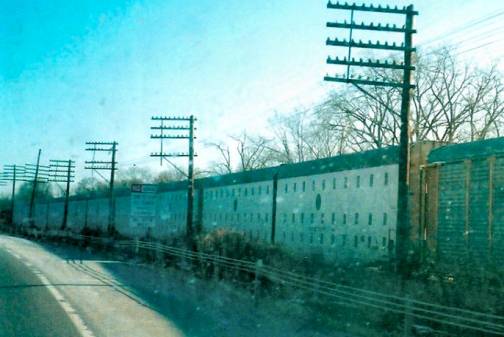 Those aren't for livestock. See:

Look, guys. This is only a worst case scenario but it is very probable, the way things are going. We who have been activists since the INTERNET began are probably ALL on a Red or Blue list somewhere. Those on the red list will be awakened at 4am and taken to the camps and probably killed. Our neighbors will not know where our families disappeared to. They'll assume we left town on our own. Our families will have been advised beforehand to forget our names and grieve for us as if we were dead.

Red List - These people are the enemies of the NWO. They are the leaders of patriot groups, outspoken ministers, outspoken talk show hosts, community leaders, and even probably NET leaders. These people will be dragged out of their homes at 4:00 am and will be taken to FEMA detention centers and killed. This will take place approximately 2 weeks before martial law is enforced.

Blue List - these are also enemies of the NWO, but are followers of the Red List folks. These people will be rounded up after martial law is in place, and will be taken to the detention centers and 're-educated'. Various mind-control techniques will used on them. Most will not survive this. Mr. Springmeier was not specific on exactly who was on the Blue List, but I would guess that people such as you and I are on that list.

Yellow List - these are citizens who know nothing about the NWO and don't want to know. They are considered to be no threat at all and will be instructed as to how to behave and will most likely do whatever they are told. Unfortunately there are too many of these to be effectively controlled, so many will be killed or starved.

This website, FOUR WINDS, has a tutor, a Mr. Sea, who is a former inspector for the Joint Chiefs of Staff and the Department of Defense.  at THIS PAGE, http://www.apfn.org/APFN/camps.htm , Mr. Sea elaborates on the 'RED and BLUE Lists' and what they mean. The RED List is for pick-up and execution before unobtrusive preparations for martial law are initiated. The BLUE List is also for execution, but later, within 6 weeks of martial law declaration.

When you get picked up on a RED pick-up, they'll take you from your home at night, probably around 4 am and put you in a black van, then drive you to a helicopter waiting to fly you to an intermediate point. There, you'll be loaded onto a big 64-passenger CH-47 Chinook helicopter and fly you to one of 38 cities where you'll board a 747, 737, or 727. You may be taken straight to a red camp and executed.

At some point, martial law will be declared. Martial law is when the writ of Habeas Corpus to have a trial by jury is suspended. Instead, of going to the judge, you go straight to jail. At this point, the  BLUE listed people will be picked up. At that time, the country will be regionalized into ten regions, which are already designated by FEMA. The black choppers have state-of-the-art radio (RF) frequency wideband jammers, and can jam cell phones and CBs while they're executing black operations missions. This means that your cell phone could be jammed just before and/or during any action against you.

In June of 1996, an FBI agent got hold of the Region Three BLUE List (from a CIA agent), and found his own name on it, and those of several others he knew in Virginia. The Regional BLUE List stated that the names on the BLUE List would be picked up 'within six weeks of the actual martial law declaration.' It will work if the 300,000 Soviet troops which are ALREADY HERE can get the guns. The ones doing all of this are operating out of the highest places in the Federal Government. They're cooperating with spirit guides and mediums and using astrology and numerology. The spirit guides are telling them what to do, and the entire thing is being orchestrated at the highest spiritual levels. Every base has been covered. They've thought of everything. They often do things on the 13th of the month. Mr. Clinton does a lot of things on the 13th. On September 13, 1993, the Satanic Oslo Israel-PLO 'peace' accord was signed. Amos 3:7 says that God doesn't do anything without first revealing His secrets to His servants the prophets. God is giving His people warnings. If we'll listen to God, He is warning us of the times that are coming. We need to prepare.  There will be an interim of probably just days from the time they launch the RED List, to the declaration of martial law,  when they'll start coming after those on the BLUE List.

It's the same blueprint being used because it's the same spirit leading the Fourth Reich as led the Third Reich. In Germany, they used trains, here it will be helicopters and 747s.  They are now in the process of  villainizing Christians, Patriots, Constitutionalists, and outspoken talk-show hosts, HERE IN AMERIKKKA!

Who will be doing the actual picking up? Foreign UN cops, probably Muslims or communists. Over 30 foreign military bases under the United Nations flag are already set up in the USA . These bases are already manned with over ONE MILLION troops from Russia, Poland, Germany, Belgium, Turkey, Great Britain, Nicaragua, and Asian countries. They will have no qualms about firing on U.S. citizens. There are Russian tanks, military trucks and chemical warfare vehicles outside Gulfport, Mississippi. Hello?  That was hit by Katrina in 2005.  Anyone see heavy military equipment and foreign troops near San Francisco?  The Illuminati plan way ahead! There's not going to be some future event when the invading troops are going to show up. They're already here. When martial law is implemented, these foreign U.N. troops will be policing our country, carrying out the plans of the New World Order. God is warning His people. There isn't much time before these events begin to take place. God's people need to prepare themselves in every way possible. It's not a time for fear. It's a time for prayer, preparation and sharing our faith with a lost world.

There are over 800 prison camps in the United States, all fully operational and ready to receive prisoners. They are all staffed and even surrounded by full-time guards, but for the moment, they are all empty. These camps are to be operated by FEMA (Federal Emergency Management Agency) should Martial Law need to be implemented in the United States and all it would take is a presidential signature on a proclamation and the attorney general's signature on a warrant to which a list of names is attached. Ask yourself if you really want to be on the Gov's list.

The Rex 84 Program was established on the reasoning that if a "mass exodus" of illegal aliens crossed the Mexican/US border, they would be quickly rounded up and detained in detention centers by FEMA. Rex 84 allowed many military bases to be closed down and to be turned into prisons.

Operation Cable Splicer and Garden Plot are the two sub programs which will be implemented once the Rex 84 program is initiated for its proper purpose. Garden Plot is the program to control the population. Cable Splicer is the program for an orderly takeover of the state and local governments by the federal government. FEMA is the executive arm of the coming police state and thus will head up all operations. The Presidential Executive Orders already listed on the Federal Register also are part of the legal framework for this operation.


So, just wrap your mind around IMAGINING BEING IN A BOILING HOT ARIZONA CAMP 136 degrees in the shade.
You trust they'll give your children air conditioners?

Now let's review the justification they will give when they take your kids to jail, for for any actions taken...

FEMA Executive Orders exist now that would suspend the Constitution and the Bill of Rights. These Executive Orders have been on record for nearly 30 years and could be enacted by the stroke of a Presidential pen. You want DONALD TRUMP pen in hand angry at starving hoardes?

All the executive orders giving them the RIGHT to take you.

OTHER FUTURE SCENARIOS? Put up solar panels or forget about light. It'll go SKY HIGH. Xeriscape the garden. Expect Plagues engineered by oligarchs to lose the mob scene. BUILD YOUR FARM NOW, do it as an investment with 12 families.

<=== BACK TO JERRY'S REFRIGERATOR & the Tin Hat Collection of CONSPIRACY THEORIES!

<=== BACK TO THE HARD TIMES INDEX PAGE and FREE MONEY TRICKS

<==BACK TO THE HOLISTIC ARCHIVE, 100 WAYS TO REJUVENATE, PREVENT DISEASE with PREVENTION FIRST

<--- TAKE ME TO THE VIRICIDAL HERBS MINERALS LIST (TO AVOID GETTING FLU OR IF YOU GET FLU, TO HEAL FAST)

<==== BACK TO PSYCHOLOGICAL STUDIES YOU CAN DO FOR $ --a SEMINAR

<===BACK TO THE EASY BREEZY SOLUTION TO OBAMA's HEALTH CARE REFORMS