Global military spending soars 45 pct in 10 years BUT LOOK AT SPENDING JUST BEFORE the 2008 CRASH!

STOCKHOLM (AFP) — World military spending grew 45 percent in the past decade, with the United States accounting for nearly half of all expenditure, the Stockholm International Peace Research Institute  said recently.

Military  spending IN ENTIRE WORLD grew six percent last year 2007, alone, according to Stockholm's annual report. In 2007, 1,339 billion dollars (851 billion euros) was spent on arms and other military expenditure, corresponding to 2.5 percent of global gross domestic product, or GDP -- or 202 dollars for each of the world's 6.6 billion people.The United States spends by far the most towards military aims, dishing out 547 billion dollars last year, or 45 percent of global expenditure. Britain, China, France and Japan, the next in line of big spenders, lag far behind, accounting for just four to five percent of world military costs each."The factors driving increases in world military spending include countries' foreign policy objectives, real or perceived threats, armed conflict and policies to contribute to multilateral peacekeeping operations, combined with the availability of economic resources," the Stockholm report said.

The increase is both "excessive and obscene," Jayantha Dhanapala, a Stockholm member formerly in charge of disarmament affairs at the United Nations, told reporters in Stockholm, where the annual report was presented. Registering the greatest regional growth was Eastern Europe, which saw its military spending skyrocket 162 percent between 1998 and 2007 and 15 percent from 2006 to 2007. Russia, whose expenditure ballooned 13 percent last year, was responsible for 86 percent of the growth in the region, according to Stockholm.

North America meanwhile saw its military spending swell 65 percent, largely pulled by the United States, which has seen its costs grow 59 percent since the September 11, 2001 attacks in New York and Washington. 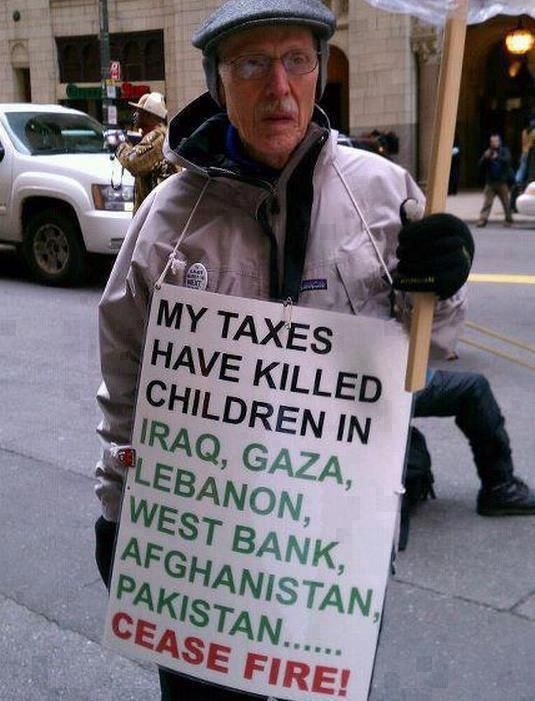 "By 2007, US spending was higher than at any time since World War II," the Stockholm report said.

In the past decade, the Middle East has boosted military expenditure by 62 percent, South Asia by 57 percent and Africa and East Asia by 51 percent each.

Western Europe was the region with the least military spending growth at just six percent, followed by Central America at 14 percent.

At a national level, "China has increased its military spending threefold in real terms during the past decade," Stockholm said, adding however that "due to its rapid economic growth, the economic burden of military spending is still moderate, at 2.1 percent of GDP."

As a direct result of the increased military outlay, sales by the world's 100 leading arms producing companies (excluding in China) jumped nearly nine percent in 2006 compared to the year before to 315 billion dollars, Stockholm said.

Sixty-three of the 100 top weapons firms are based in the United States and Western Europe, accounting alone for 292.3 billion dollars in sales in 2006, the last year for which Stockholm has numbers.

"A new type of conflict is emerging and we are seeing a fragmentation of violence," in places such as Iraq and Sudan's Darfur province, Stockholm researcher Ekaterina Stepanova told the Stockholm press conference.

This non-state violence "may have devastating consequences for civilians. All the actors tend to be opportunistic and may change sides," she added.

On an upbeat note, Stockholm chief Bates Gill meanwhile said both candidates in this year's US presidential election could help pave the way for "the most promising opportunities to see real progress in the nuclear arms control that we have seen in the last 10 years."

ALL OF THE ABOVE GAVE US THE 2008 CASINO-BANKER ENGINEERED WORLD RECESSION, JOBLESSNESS, EVICTIONS, FAMINE, CIVIL WAR. AND NOT HANDLING THE BIG PROBLEM THE TOXIC GLOBAL WARMING OF A DIRTY PLANET.

<=== THE SECRETS, THE TRUTHS 'they' don't want you to know, INDEX PAGE

<=== THE WAR INDEX. WHY THE OLIGARCHS LOVE IT TO DEATH