The ANONYMOUS CORPORATION, REGISTERED in UTAH. ENTIRE BOARD IS  ANONYMOUS
If it's Good Enough for TONY BLAIR, it's Good enough for YOU! AND LEGAL ENOUGH, TOO! 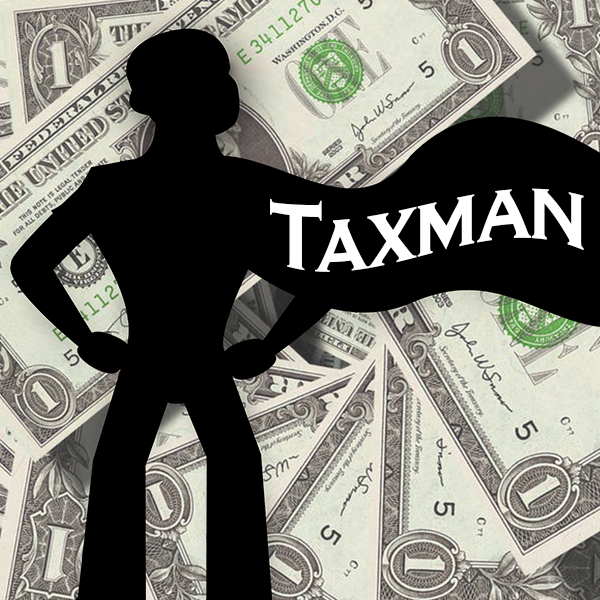 Tax What land? Tax What farm? WHERE? What orchard? Tax which receipts?
Not in my name it isn't. It isn't ME, Mr. Taxman! WHO IZZIT? An LLC? HOW SHOULD
I KNOW if it's an LLC? ANONYMOUS CORPORATION in UTAH? that CERTAINLY
ISN'T ME! Never been in UTAH IN MY LIFE! Who wants to go to UTAH?

Do as kings and prime ministers do. Create an anonymous corporation. Draw earnings from it. Own land with it. Farm with it, sell fruit, nuts and vegies from it. ANONYMOUSLY! What fun to be untraceable! *(Try out these websites; as they come and go I don't make them live links. It'll be hit and miss, CUT PASTE into your browser and hit ENTER! If one is dead, inform me, astrology at earthlink dot net

Even though it's the easiest place to set up an anonymous LLC, Delaware isn't the only state whose laws allow corporate anonymity. Several states — like New Mexico, Wyoming and Nevada — don't require public disclosure of a company's owners, though they may compel the release of more information through subpoena.

It is clear to my mind that the purpose of establishing the hidden
'so-called limited partnership' clause for company accounting purposes
was specifically created for the few to sidestep full public
disclosure of one's personal financial status from public scrutiny.
This particular 'rule' was created in the year 2000 and without any
announcement. This leads me to believe that it was covertly created by
instructions from Blair for that purpose, for his future perverse
financial dealings.

The winner of the Guardian's online contest to solve the mystery of
Blair's finances is Richard Murphy, a crusading accountant from Tax
Research UK. His entry unearthed the small print of the Partnership
(Accounts) Regulations 2008 to reveal that Blair has found an unusual
method to keep his wealth secret from the rest of us. Murphy wins an

Tony Blair, in effect, has the benefits of running a British company
without the drawbacks of unwelcome publicity. Photograph: Bob
Strong/Reuters

A little-known loophole in UK company law is being used by Tony Blair
to keep his finances secret, the Guardian can disclose.

Blair would normally have to publish company accounts detailing the
millions flowing into his various commercial ventures since he stepped
down from office in 2007.

But he has set up a complicated artificial structure which avoids the
normal rule. In effect, he is getting the benefits of running a
British company without the drawbacks of unwelcome publicity.

His main vehicle is a so-called limited partnership, christened
Windrush Ventures No 3 LP.

Thanks to a gap in the Whitehall regulations, this entity is not
required to publish any accounts. Such partnerships must normally
disclose figures, or face criminal penalties.

Blair sidestepped the rules by inserting a second partnership as one
of the notional partners, in a way the regulations do not cover.

This second partnership, Windrush Ventures No 2 LLP, is a so-called
limited liability partnership, a type of entity only invented in 2000,
which the rules have not been updated to mention.

The perfectly legal structures Blair has set up to achieve secrecy are
so complicated that they have previously baffled analysts.

They involve 12 different entities, six in the Windrush structure and
another half-dozen in a more recent parallel structure called
Firerush.

Blair's spokesman told us: "This has been done on the basis of legal
and accountancy advice throughout." He called the structures "simply
an administrative vehicle established in order to allow Mr Blair's
office sensibly to administer his different projects".

One name involved is Blair's lawyer Alexandra Harle, of solicitors
Bircham Dyson Bell. She specialises in setting up various types of
partnership. Observers estimate that fees for keeping up such complex
structures exceed £15,000 a year.

When Blair refused to give any information, the Guardian ran a
worldwide online competition as an experiment in crowd-sourcing, to
find the best explanation for his schemes.

The winner was crusading accountant Richard Murphy, of Tax Research
UK. He identified the small print of the Partnership (Accounts)
Regulations 2008 as the key to the mystery.

"Memo to Peter Mandelson: this really is an abuse you should stop very
soon," he says.

Murphy adds: "What is it that Tony is so keen to hide that he'll go to
this length and this cost to do so?"

While the law requires Blair to publish limited accounts for parts of
the Windrush entities, the finances of the master-partnership remain a
secret. More than £6m can be seen to have cascaded down from the
partnership into other companies. But details of the full revenues
remain hidden.

Murphy claims this gives Blair all the advantages of an offshore
"secrecy jurisdiction" while allowing him to state, correctly, that he
remains a regular, onshore, British taxpayer.

There were a large number of other entries to the Guardian competition
– rapidly dubbed the Blair Rich Project.

Some responses set out to be witty. Zap Papa, an otherwise anonymous
artist, said the name Windrush must be reminiscent of the asinine Ian
Carmichael character Stanley Windrush in the 1959 film comedy I'm All
Right Jack.

"The film had a general theme of intolerance towards trade union
activity – quite apposite in regard to the pompous target of your
investigation," Zap Papa said.

Iain Miller said the answer to the question "Who is Blair's partner?"
must be: "He's in partnership with God."

Others merely took advantage of anonymity to be rude about our former
prime minister.

But more dedicated, and sometimes far-flung online readers spotted
unexpected facts in the small print of the posted documents.

>From China, a computer programmer, Joe Gittings, unearthed Blair's
brief flirtation with the law firm Rosenblatts before he moved on to
Bircham Dyson Bell. Rosenblatt's address was listed on early Companies
House filings.

Jonathan Metliss, a Rosenblatt lawyer at the time, was a friend of
Cherie Blair's confidante Martha Greene.

Another novel fact unearthed by an anonymous online researcher was
that Windrush registered a domain name for the Low Carbon Capital
Fund. This is a hitherto unknown project of Blair's, yet to achieve lift-off.

Other accountants and tax advisers speculated that Blair might have
been contemplating going offshore were he to become EU president.

One particularly cynical entrant suggested that Blair might have been
relieved of large fees by crafty financial advisers, in return for an
unnecessarily complex structure.

But Murphy's entry proved to be the only concrete suggestion which
stood up to detailed technical scrutiny.

MY IDEA related to this, 10 or up to 35 families buying shares in a limited
partnership --to own a farm that's one gas tank from city. Agrarian worker villas
are really sleep houses for those families. Central living room,
kitchen, sauna --mimics a one-family ritzy dwelling. Done as a Utah anon corp,
bought 'pre aged' from utah corps that do that and let you use their
mailing address for all paper work. Cuz who wants to go to UTAH??

See, THE OLIGARCHS ARE  bent on DESTROYING SOCIAL SECURITY by making 401ks mandatory, making that the 'so called' pension of choice, putting your pension in WALL STREET's HANDS & pulling the GOV out of the old age pension thing. So get ready to have another kind of old age pension. FARMLAND. You and a dozen families you'd like to live near, buy a cheap old farm, build villas for each family, enter FOOD GROWING as a retirement plan. Farming together in a chumcluster. The trick is buying the FARMLAND as an Anonymous Corporation. Pick  your favorite relatives and friends and their children. Vacation Villas for all are disguised as farmworker houses as some villages have codes about twelve families in one house or in twelve houses on that land. But no codes against agrarian farm workers. CENTRAL HOUSE has kitchen, dining room for 40 people. A MAIN HALL. HUGE KITCHEN. Big fireplaces. A BIG SCREEN TV over the FIREPLACE,a lot of COUCHES and in the garden, gorgeous orchards & landscapes you can rent out for weddings! A watchman has a TOWER bedroom and all the barracks for workers are extra NICE! Cuz they are VILLAS! Shhhhhhhhhh.

Our POSTER is ANITA SANDS HERNANDEZ, Los Angeles Writer, mother of 4 and career Astrologer. Catch up with her websites TRUTHS GOV WILL HIDE & NEVER TELL YOU, also The  FUTURE, WHAT'S COMIN' AT YA! FRUGAL LIFE STYLE TIPS,  HOW TO SURVIVE the COMING GREAT DEPRESSION, and Secrets of Nature, HOLISTIC, AFFORDABLE HEALING. Also ARTISANRY FOR EXPORT, EARN EUROS.  Anita is at astrology@earthlink.net ). Get a 35$ natal horoscope "my money/future life" reading now + copy horoscope as a Gif file graphic! No smarter, more accurate DESTINY reading out there!

PS. Anita sez, 'get your own blog or website for 5$ a month and post ALL the articles below on YOUR SITE, NO need to even ask me. Be a tool of evolution. Be someone who forwards the action,  IT IS getting better you know and the INTERNET did it! JOIN IN! AND CEOS pay you huge $ for ads. So BLOG STUFFERS are available ... every WEBINAR at MY PORTAL TO THE TEACHINGS.

<==== BACK TO THE SHOW BUSINESS  ARCHIVE, for producers, writers, video documentarians

<====HOW TO TINKER WITH OTHER PEOPLE's BRAINS for 100$ the hr. Only.. call it TANTRUM YOGA not THERAPY

<===== BACK TO REAL ESTATE FOR the PROLETARIAT, AN INDEX PAGE