THE ART OF THE REWRITE!
(THE REASON WRITERS MUST KEEP THEIR EYES OPEN
AND READ OBSCURE FOLK TALES!) 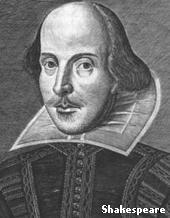 ROMEO AND JULIET WAS A THOUSAND YEAR OLD REWRITE! AN ITALIAN FOLK TALE from 2nd century AD became a POEM by Arthur Brookes. Shakespeare read it and did a colossal rewrite to come up with the number one love story of all time. The original was a morality tale about "don't let your passions run away with you, and don't ignore familial advice about picking a mate!"  It made the kids out to be real brats. Will felt that ‘take’ wasn’t very commercial. The rest is history!

Shows to go ya! Rewrite-artists frequently claim the fame and do it for five centuries with nary a whisper of the original author! Or in this case, multiple authors-- as many Italians rewrote the story in the ensuring 15 centuries!

A great beginner’s screenplay could be based on some ancient story. You can find out which great, epic poems or antique novels are in public domain. HIT THIS SITE TO SEE WHICH novels. (Google “public domain” with other keywords and a + sign, stories, epic poems). Pick one with a FAMOUS NAME, like the Poem EVANGELINE by Longfellow.  Adapt one to a script, show it around town, you’ll definitely get lots of WRITING ASSIGNMENTS off it. Note that at the top is Edith Wharton’s novel, AGE OF INNOCENCE. Marty Scorcese did it with Michelle Pfeiffer and Daniel Day Lewis.  Maybe he was at that list first!

I researched ARTHUR BROOKE, THE KEY PHRASE I found is "The source that William Shakespeare appears to have used to create Romeo and Juliet was written by Arthur Brooke, and is The Tragicall Historye of Romeus and Juliet, however this story line first appeared in the second century AD when it was written by Xenophon !

Whoops, one other cribber: 55 yrs before WILL got hold of it, In 1530, Luigi Da Porta retold the story set in Verona, Italy!  CRIBBER ALERT: A HUNDRED YEARS BEFORE The BARD and ART BROOKE, Massusccio Salernitano wrote Cinquante Novelle in 1476, in which the feud between the Montague family and Capulet family was introduced. Then Matteo Bandello wrote Novelle in 1554 and this appears to be the source that Arthur Brooke used to write his version of Romeo and Juliet. So learn from the experts! CRIB LIKE THE BLAZES.

Shakespeare made many changes to the long, three thousand-line poem written by Arthur Brooke which was written using "Poulters Measure" The first is the amount of time the play takes to unfold. In The Tragicall Historye of Romeus and Juliet, the play takes over nine months to complete, while Shakespeare’s version takes only four days. Included in the shorter version by William Shakespeare is that Romeo shows his affection to Juliet for one night in Romeo and Juliet, and in Brooke’s The Tragicall Historye of Romeus and Juliet, Romeo shows his affection for over three months. While you’re buffing up on all this, be sure to screen Tom Stoppard’s FILM on this subject.”Shakespeare in Love.”

The Bard  also made characters revisions and additions. An example includes Mercutio. However with the Nurse, Shakespeare made very little changes. Scarcely mentioned in Brooke’s version, Shakespeare makes Mercutio a major character by involving him duels between Tybalt and himself. These duels enhanced "Romeo dilemma of love and honor" . The nurse also shows signs of change in Shakespeare’s version. Shakespeare made seem like loving and caring person except when she encountered Mercutio. The nurse was often angered in her meetings with Mercutio. Studies have shown that in the majority if the Nurse’s appearances, Shakespeare follows Brooke’s poem. Further analysis has shown although Shakespeare seems to have expanded the Nurse’s role as messenger for the separated lovers, this according to Steve Martins. (Urls are offered at URL above,  to read further).

The characters in Shakespeare’s version also show a change in age in order to make the fate of Romeo and Juliet more believable. In Brooke’s The Tragicall Histroye of Romeus and Juliet, Juliet is 16 years old when the play starts, in Shakespeare’s version she is 14. Brooke also put a negative description on the lovers because of their rebellion, while Shakespeare show that rebellion was for their deep love. Shakespeare seems to have made the narrative poem written by Brooke into an action play. Shakespeare casts a new cover on this old story written though the ages by many a man.

PERCIVAL same thing. Cretien de Troye adapted it during Medieval times, from way older stories. Richard Wagner adapted his opera from De Troye. Now that story’s Totally in PUBLIC DOMAIN now. I know as I have a Percival Script, myself.

That Richard Wagner must have had a soft spot for golden oldies. When you go to see Tristan and Isolde (you can rent the movie) , maybe you'll want to do a Google on how many authors retold THAT tale before the screenwriter did it! The opera by Richard Wagner was one of many.  That's your homework and get back to me on results! And meanwhile, start combing mythology books, history, folk tales for a  rewrite POSSIBILITY that’s out there in PUBLIC DOMAIN…..one of your very own!

Our 'POSTER-BLOGGER' is ANITA SANDS HERNANDEZ, Los Angeles Writer, Researcher, Humorist, Ombudsman, Futurist, single mother of four and Astrologer. Catch up with her websites TRUTHS GOV WILL HIDE & NEVER TELL YOU, also The  FUTURE, WHAT'S COMIN' AT YA! FRUGAL LIFE STYLE TIPS,  HOW TO SURVIVE the COMING GREAT DEPRESSION, and Secrets of Nature, HOLISTIC, AFFORDABLE HEALING. Also ARTISANRY FOR EXPORT, EARN EUROS....* Anita is at astrology@earthlink.net ). Get a 15$ natal horoscope "my money/future life" reading now + copy horoscope as a Gif file graphic! No smarter, more accurate career reading out there!