WHAT HAPPENS TO EMPIRES? HUGE AMOUNTS OF PEOPLE ARE JOBLESS THERE.
TAKE THE CASE OF the late Great Britain:

More than half all London children are living in poverty. HALF!

AND THIS BEFORE THE 2008 RECESSION

A report published last month has exposed the deepening gulf between

Rich and poor in Britain’s capital. Commissioned by the Mayor of London,

Ken Livingstone, the report revealed that a staggering 600,000 children

In inner London live below the government’s official poverty line.

Deprivation, making child poverty in inner London worse than in any

Other region of Britain. It compares with 37 percent in northeast

England, the next highest area, and 22 percent in the eastern and

capital’s relatively prosperous outer zone. Even so, in outer London 33

percent of children live in poverty.

Other sections of society are also particularly vulnerable to poverty.

The report shows that 36 percent of the 400,000 pensioners in inner

1.8 million working age adults. These are the highest proportions in

percent of Pakistani and Bangladeshi children in inner London and 55

Poverty is also feeding through into low educational standards and

increased crime, whilst poor housing is contributing to a spread of

tuberculosis, with notifications in London running three to eight times

above those in other areas.

Data on household incomes at regional levels has only been published

Income poverty is measured in two ways. The first is based on disposable

disposable income. On this basis the child poverty rate is 31 percent

The single most important factor for the unprecedented rate of child

in households where nobody works. While employment is not a guarantee

in households where at least one person is working—the difference

between the child poverty rates in London and the national average

reflects the high percentage of children in the capital in workless

“unemployment is the rule, not the exception,” the report states.

in occupational groups where a university degree or equivalent is the

prerequisite,” according to the study. Migration into London has been

running at 150,000 people a year. “One implication is that London

residents without the qualifications to command this type of employment

may be left behind.” 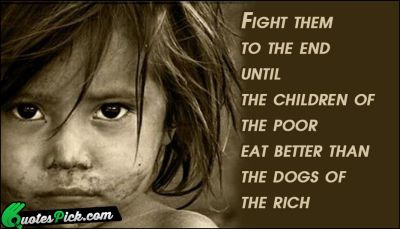 The analysis supports a report published last year by the London

Children’s Rights Commissioner. That report found that in one London

national average, over the past 10 years the capital has had one of the

worst unemployment rates in the country. Inner London has the highest

unemployment rate any sub-region in Britain.

government and local authorities must act on the findings, saying the

gap between rich and poor in the capital was a chasm. “Today’s report

reveals a London that many do not see or wish to ignore. Poor families

continued, “but nonetheless the Greater London Authority has been slow

on the GLA’s web site is telling and damning.”

Livingstone is using the conditions of social deprivation in the capital

to press forward with his regionalist policies. He has argued that inner

London should be considered a region on its own, as it has a population

of three million, equivalent to Wales or northeast England. He wants the

capital to be able to keep a larger share of the revenues it generates,

railing against a system of regional redistribution that enables

government to shift resources from the south to decimated industrial

areas of the north, for example.

In commissioning the report Livingstone wanted to prove that the capital

had its own extreme problems. He has succeeded in doing so, but has also

exposed his own divisive policies. Other telling statistics show that

inner London also has the highest income per head in Europe. It also has

the greatest number of millionaires, the most expensive properties, the

most designer boutiques, and the most expensive restaurants in the

In place of progressive demands for policies aimed at redistributing the

staggering wealth that exists within the capital, however, including

significant tax increases for big business and the rich, Livingstone

more wealth in the capital and therefore in his own coffers.

Any Brits out there wanna tell us how that is done? Or maybe USA citizens  Have a clue?