GOVERNMENT MONEY HANDOUTS!  HOW TO GET FREE MONEY! by An-ony-mouse

All your ancestors have been taxed to the point of poverty. You'd have inherited the value of a dozen houses in your family if it weren't for the GOV sticking its hand in so it could wreak wars on poor third world countries using your father's salary over his entire lifetime. SO guess what, I advise going to Welfare, DPSS, SSA. DEPT of REHAB, MEDICARE.....SECTION 8, the whole nine yards and GOING FOR THE GELT! GET THE GELT BACK!

I have a 55 yr old pal, mistreated in HORRIBLE ways by his boss -- a meanie suppressive who broke all the LABOR and union rules with unpaid OVERTIME. He'd castrate whistleblowers so my pal got PTSD and an ulcer and high blood pressure and is now home, very ill for months on end. He's 55 years old, his body is finished. He asked me if I thought his illness was bad enough to get SSI (disability). I said no, because it's not CANCER or MENINGITIS. It's more like a kind of burn out. SSI won't even look at burnout.

Then he asked,  could he act crazy and get Psych disability? "YEAH, that's a shoo-in, I responded. That always gets the big money. Gov is afraid of crazies running around." OK he asked. How should he play it at the shrink's office? Well, half jocular but not really, ya know,  I shot him an email: SUBJECT: WHAT TO SAY TO GET SSI MONEY FOR BEING PSYCHO!!

1.) BE THE PARANOID HYPOCHONDRIAC Always have 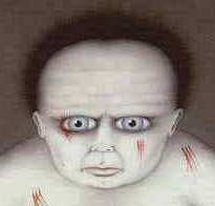 another person make the initial phone call for you. That pal should say 'you gotta see poor Mark, he's wandering streets he eats very strange things. I had to take a can of drano from him. He does trash can food. He does park greenery, I mean HE TRIES. I'm scared for him." Then you, Mark, GO IN and you say: "I'm not psycho I'm _sick_ I have bugs eating me out to the walls. No kiddin' they chew. I can feel it in my gut at nite and I can hear the chewing of thousands of them gush gush chew chew, chomp chomp So I thought if I dilute a little drano, like a sour tea, I could kill the bugs." I'm not crazy and I"m not stupid. I know Drano could kill me, so I'd dilute it, so it would just kill THEM! I can't live like this. And scratch your belly with both hands, violently!

Or..THE OTHER PERSON CALLS UP SS ADMIN & sez "He puts foil on all his windows. Even if a friend calls his name at front door, he won't open it more than a crack. And he talks thru the locker mgibble. He won't go out for food. He phones me and asks him to bring a jar of peanut butter. I get to the door with the food and he doesn't believe it's me! He's loony! I have to pass the peanut butter thru the crack. God help me if I buy the large size jar which won't pass!" And he checks the seal! LIke I'm poisoning him!"

Now, you need public Aid. So I want you to go in to SSA office as The PARANOID POLITICAL LISTER character and you say the same things said all over the INTERNET. Say "I'm not psycho, I truly am being chased by the CIA. I was on this list that said 911 was rigged. I answered, put in my two bits worth. Right? Online? Instantly my PC began to work on its own wasn't doing nuttin it would just do things by itself! The NSA and CIA watch me. Like ENEMY OF THE STATE. Will Smith movie? Now I check my car for bombs. That does not make me crazy doctor, it makes me realistic."

DOCTOR; yeah but foil on all the walls?
YOU: NO. On the windows. I'm not crazy. I know
they can't beam thru walls. Window glass. Who knows what
conversation they're listening to. They built gulags you know,
all those old army bases are concentration camps now. You
don't know that?"

DOCTOR You no longer go to work?
YOU: Of course not! ..My boss was reporting to them.
I'd see him on the cell phone looking at me
and his lips were moving and he'd say
Mark Mark I i can read lips. Mark is real easy
Mark. (goldfish lip movement)

Always have PALS call up first, give them details, how you won't
sleep without a friend in the room in case you stop breathing.

THE DYING MAN SYNDROME
DOC: Your friend tells me that you are afraid to
go to sleep. That your whole body itches. What's that about?

YOU: Two things, one I ITCH AND BURN!  The other IF I sleep I'll die.
They put something in my food. Itchy producing chiles. I don't know how
they got in my fridge, but they did & it's activated by sleep.
Also I was born stillborn but they woke me up somehow so this
is my problem for life. I am not meant to be here and Death is trying to grab me.

Doctor: SO HOW DO YOU REST?
You: VERY CAREFULLY!If at all.

DOCTOR: Won't all that staying awake kill you?

YOU: Not if I'm careful. I SLEEP and I watch myself continuously
and make sure I don't stop breathing. --
The first time I find myself suffocating, man I wake up!
They're not gettin' me! Trouble is -- I notice that this
suffocation stunt mainly happens when I eat
oatmeal at bedtime.

DOCTOR: WHAT DOES?
The sleep apnea. The suffocating.
DOCTOR: So that's easy , quit eating oatmeal.
YOU" Nahhhh. I LIKE OATMEAL. I mean I REALLY LIKE IT! It's my bedtime ritual.
My trick to fool them is --I just keep buying new cans so that they
can't put anything in it. I clip coupons cuz it's gotten damned expensive.
I also ask my friend to clip coupons for oatmeal.
Cuz once a box is opened, I won't use it anymore. Would you do me
a favor and clip oatmeal coupons? I could hitchike over here once a week.

DOCTOR; How many boxes of oatmeal do you have?
YOU: I'm afraid to look. Closets full. Rats come. I want the
FBI to go thru them if I die. Analyze the contents with CSI
See the FBI hates the CIA just as much as I do, don't they?
Have you heard that? (earnest query but impassioned.)
IS IT TRUE? Cuz CIA is who hates me.

If these scenarios don't please you, I gotta
million of 'em.

SO DOES THIS GUY: http://www.disabilitysecrets.com/advice.html

<===BACK TO POOR PEOPLE'S ALMANAC OF SURVIVAL MODES
<===BACK TO C (.) NSPIRACY THEORY 101, JERRY'S REFRIGERATOR and the FOIL TIN HAT COLLECTION of BAD STUFF GOV IS DOING TO US

<---- BACK TO THE CONFESSIONS OF A BOTTOM FEEDER-- the WEBSITE