EVER SEEN "THE ILLUMINATI CODE? HERE IS A SAMPLE (found online, posted by Anita Sands Hernandez )

SEE how the words BELOW are full of weird symbols? THAT is NOT the ILLUMINATI CODE. That is the way computers *read some texts so that you cannot share them! Religions, such  as Christianity, *needing more converts, are against abortion as a rational tool for ZPG, one of several  methods *for population control.  Humanity is a miscarriage of sensibility!  Where does this *epidemic resulting from sexual pleasure halt? Will the planet abort itself  because of the collective misuse of responsibility for life?  Has the  lure of sexual satisfaction while playing  russian roulette become irresponsible, even more than in times past?  Is it a bit like in war where a  bomber plane with little compassion for who gets killed, just drops bombs to only run back to home  base for a nice safe dinner."

The CODE factor is what's UNDER YOUR HTM WORDS when you look at the VIEW CODE section. It's supposed to be hidden, that's why they call it CODE. When it intrudes it means you have mismatching software. The article was 'transferred'. So I don't refer to isn't the MORAL CODE of the message (referring to the RIGHT TO CHOOSE abortion that the ILLUMINATI would love the planet to adopt. --Cuz if we don't halt Population doubling every fifty years, they are going to have to HAND-THIN us with costly PHARM, GMO JUNKFOOD, CHEM TRAILS, ZIKA, SARS Plagues and WARS and other stuff that's so time-consuming, not stylish or fun at all and all of which could get out of hand and KILL THE RICH ILLUMINATI GALACTIC MASTERS...)

The oligarchs would rather we just embrace ZPG and spare them the tedious chore of exterminating half of us but for more on that, see my CONSPIRACY THEORY website or THE SECRETS THE OLIGARCHS don't want you to KNOW WEBSITE. They're fun.

But No, I refer to the bungled WORD PROCESSOR this illuminated writer chose. Now, that article travelled along the internet, people liked it and kept sending it on. But I don't think 'forwarding' could have caused the illuminati code there. I suspect that folks with the MOZILLA BROWSER could read it but I, having a NETSCAPE browser, could not. It looked like FUNNY, ILLUMINATI WRITING which is probably  how it was originally WRITTEN.

I don't know if the fault is with the ORIGINAL WRITER, or the original posting WEBSITE that used the ILLUMINATI CODE, or the senders, but I'm guessing the former. It's genetic. It's way back in the line and it's a mess. THIS WRITER SHOULD be prevented from rebirthing his kind. Give him a condom.

So diligent curmudgeon that I am, I am working on finding out what word processing software does this --so I can inform the authorities! 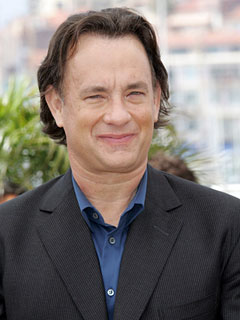 I consulted my friend Robert Langon who understands symbols who said: "when a message like this gets sent out the writer gets three choices from his software; the first one is what they should have chosen; it's a "special" classification (Unicode) that requires special treatment so that what goes out does not have all that garbage where there should be punctuation. If your computer offers it to you - take the Unicode choice if you want to avoid this garbled script - the other two choices are "Send as is" and "Cancel"

I  looked at a file of mine through my MICROSOFT WORD, couldn't find SPECIAL CLASSIFICATIONs  button or toggle there. While I'm waiting for Langdon to answer me on this, You have a clue? Looked at it thru my new HTM composer software SEAMONKEY so full of toggles and switches, good f'n LUCK. I don't think there's a special class coding button in there.

Meanwhile I'd like to ditch SEAMONKEY as it code-bloats. ALMOST as bad as MICROSOFT WORD,also an HTM COMPOSER FILE
An article with 63thousand bytes in actual words...by the time you've saved it a few times was nearly a million bytes long. IT CODE BLOATS! SO SEAMONKEY SOFTWARE IS NO GOOD. Your WEBPAGES become a million each. YOUR WEBHOSTS write you letters saying 'sorry, you need to spend more money to get a bigger website." BUT...I could not find another free HTM COMPOSER, downloadable in a moment, SO.. I BLOAT AWAY.

GOOGLE CODE VIOLATIONS and see what you get......"that driving over 55 miles per hour will result in a penalty of..." NO!  NOT THAT CODE!

Our POSTER is ANITA SANDS HERNANDEZ, Los Angeles Writer,  researcher, mother of 4 and career Astrologer. Catch up with her websites  TRUTHS GOV WILL HIDE & NEVER TELL YOU, also The  FUTURE, WHAT'S COMIN' AT YA! FRUGAL LIFE STYLE TIPS,  HOW TO SURVIVE the COMING GREAT DEPRESSION, and Secrets of Nature, HOLISTIC, AFFORDABLE HEALING. Also ARTISANRY FOR EXPORT, EARN EUROS... Anita is at astrology@earthlink.net ). Get a 15$ natal horoscope "my money/future life" reading now + copy horoscope as a Gif file graphic! No smarter, more accurate career reading out there!


<== BACK TO HOLLYWOOD BOUND for WRITERS, PRODUCERS, DOCUMENTARIANS in any CITY !

<=== BACK TO THE EMPIRE INDEX PAGE, UNDERSTANDING THE S.O.B's WHO RULE US

<===THE MASTER JULES, WHERE YOU CAN STUDY METAPHYSICS WHICH GIVES YOU AN EDGE ON LIFE

<====BACK TO THE ACTIVISM PAGE, TO FIGHT THE GOOD FIGHT AND WIN, also HAVE MORE FUN AND BETTER FRIENDS

<== HOW TO SURVIVE COMING RECESSION  --- AN ARCHIVE

BACK TO ANITA’S ORIGINAL 1995 WEBPAGE


<==== BACK TO THE PORTAL to 7,000 ARTICLES YOU CAN REPUBLISH FREE, 1 or many, ATTRACTING HUGE AD REVENUE DOOCE COM GAL MADE 40K a month ads on a MOMMY BLOG. HOW TO DO A WEBSITE http://www.masterjules.net/runweb.htm

<=== BACK TO INTERNET MASTERY for DUMMIES,  THE WEBPAGE MAKERS' BAG OF TRICKS