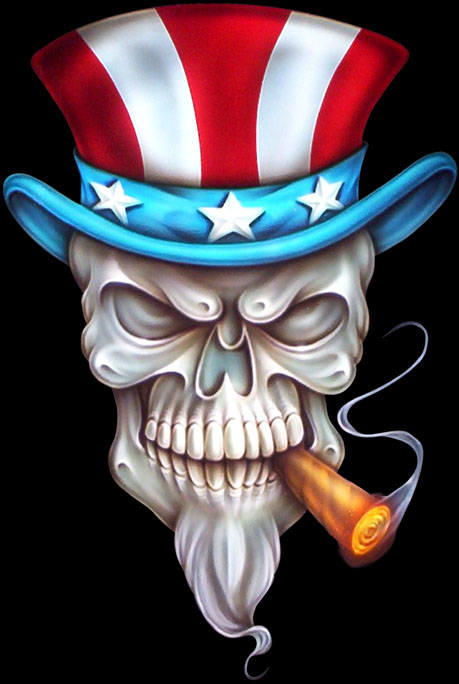 Every election, more than half of us vote for the War Machine. We elect Senators and Congressmen who come right out and tell you that they support our boys 'traveling to exotic places to meet  people and kill them.' And they support the pork barrel War Industry which creates jobs in some regions. I always wondered how voters could be so unkind, murderous, even STUPID to vote for war. But today I saw how the OLIGARCHS get us, how they do this trick. They used to get you to watch John Ford movies. Where they just kill INDIANS. Next, they get you to watch propaganda documentaries. OVERDRAFT is one that'll really do a job on your head. Imagine this cute, sexy, even sweet ex President (CLINTON) all concerned about the lack of jobs in America. He's in this film with a lot of top politicians and some wise looking economics professors talking for an hour on how much money USA owes, how we're falling into CHINA's hands, as Japan and CHINA lent us trillions. And how one THIRD of American jobs disappeared since 1999 and  how the JOBS are not coming back!  TALK ABOUT a SCARY MOVIE! It was hair raising! Not the job thing, but to realize that this many of our top 'rulers' are secret fascists. The film does the propaganda job, brick by brick. It starts with the debt crisis, how all those nifty (union) jobs are over with. They FLED to Guatemala and Taiwan with CLINTON's NAFTA and GATT treaties, right? So nobody can call Billy Blythe (his real, born name,btw) a DEMOCRAT! Then, guess what, OVERDRAFT tells viewers how many billions of dollars worth of great jobs are (get this!) in the WAR INDUSTRY, what with salaries to armies, war toy industries for , hardware and how that JOB SECTOR would absolutely carry us through! America will live and flourish if we just kill enough people in other places! I was watching an expert,  COORDINATED MOVIE EFFORT selling this total bill of seedy goods. As the credits ran, I jotted down the names of producers and began to GOOGLE.

A page that tells us they are all blue eyed white people from the American SOUTH and their production company is an arm of THE US. STATE DEPARTMENT another page leads to  https://www.travelers.com/

This other ORGANIZATION TRAVELERS is ostensibly an INSURANCE COMPANY CLUB, a group of some kind. Big CORPS. No doubt also tied to the State dept. The film they made is touted online as OVERDRAFT ... where they give us this glib, happy song of praise to their SCARE FLICK : It’s been called “a horror movie for smart people.”  The problem is, the movie—Overdraft--is a true and all-too-real story. Produced by Susie Films and underwritten by The Travelers Institute, Overdraft is about America’s debt crisis and how it threatens our economy and very security as a nation. (And how we REALLY NEED INTERNATIONAL WAR ALL THE TIME)

And to its great credit, Overdraft is a bipartisan and multi-dimensional creation. YEAH RIGHT.

Travelers collaborated with public television to bring them all together to explore the depth and impact of America’s debt crisis at the state and federal levels.  Really, to shake us up to the realization of the mess we’re in.

Made for public television, (I saw it VIA KCET, L.A's EX PBS channel, no longer part of the PBS chain though...) Overdraft highlights the growing US deficit and its critical implications for individuals and America’s economic competitiveness.

Watch it if you want to learn more about the challenge we’re facing. But beware--it's scary information designed to make you want war!"

WHEN THE Schlockmeister propagandists in whatever Funding group that made this piece of death  SCREWS WITH YOUR HEAD, note that it bases its formula on  FEAR. That's how CIA COVERT OPS have WORKED since  the Nazis first trained those guys after WWII. This is a Project PaperClip production. It is guaranteed to CREATE PANIC, FEAR and XENOPHOBIA and a willingness to participate in war, ethically, morally and wholeheartedly. You will see this and VOTE war. You will be chilled to the bone and support the idea of WAR and never join OCCUPY PROTESTS, not ever ever.

Our 'POSTER-BLOGGER' is ANITA SANDS HERNANDEZ, Los Angeles Writer, Researcher, mother of 4 and career Astrologer. Catch up with her websites TRUTHS GOV WILL HIDE & NEVER TELL YOU, also The  FUTURE, WHAT'S COMIN' AT YA! FRUGAL LIFE STYLE TIPS,  HOW TO SURVIVE the COMING GREAT DEPRESSION, and Secrets of Nature, HOLISTIC, AFFORDABLE HEALING. Also ARTISANRY FOR EXPORT, EARN EUROS....* Anita is at astrology@earthlink.net ). Get a 35$ natal horoscope "my money/future life" reading now + copy horoscope as a Gif file graphic! No smarter, more accurate career reading out there!


<=== BACK TO TRICKS CORPORATIONS DO TO TAKE ALL THE MONEY KEN LAY AT ENRON TAUGHT CROOKED & CONNECTED HOW!

<===  BACK TO "GUERILLA CAPITALISM" -- YOUR FAMILY'S CASH SOLUTION!

<=== BACK TO ALEXANDER HAMILTON & HIS DAMN BRIT BANKS, WHICH STARTED IT ALL


<==== BACK TO THE AMERICAN MELTDOWN WEBPAGE. Will "BLAME" PROPAGANDA, OUTSIDERISM, MOB VIOLENCE BE A PART OF IT?

Learn how to BUILD A WEBSITE of your own, 5$ a month cost, filled w. these BLOGSTUFFER FILES -- YOU WILL GET HITS. AND AD $  write astrology at earthlink. net

<===BACK TO THE PROPAGANDA INDEX PAGE