BOBBY KENNEDY KNEW WHO KILLED HIS BROTHER -- FROM THE GITGO ! 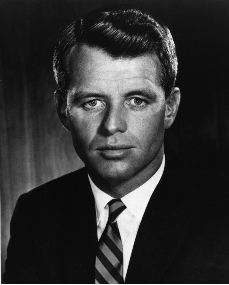 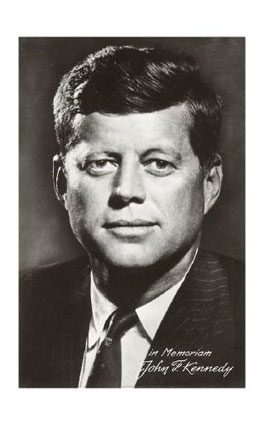 THEOREM. The HIT on JFK, the unsolved shooting murder of CIA DEATH SQUAD CORD MEYER's WIFE, (JFK's mistress, MARY MEYER, on a jogging path in public,) then the RFK HIT = then Ed Kennedy falls in the drink with an intern who dies -- A CHAIN OF EVENTS that are linked! PROBABLY MEYER DID JOHN JR too!

The full picture hit me, while washing dishes ...borrrring work. WHEN I do dishes (if I don't turn on KPFK-FM), that's when I get psychic hits, cognitions, sudden floodings of info that just come out of nowhere. That's how in 1994 I heard a voice say 'THERE IS GOING TO BE A BIG EARTHQUAKE'.

Later, that very night, I went out with a group, crowing about how I'd heard my first voice like a radio in my forehead & I told people about the coming big quake,  and I have witnesses on that one.  I was the only L.A. fortuneteller who took her china collection off all her top shelves and put the vintage vases and cats on bottom shelves. I owe it all to fact that doing dishes is such mindless work. As we know from the sixties, anything that obliterates the mind leaves the other faculties going at full tilt.

So LAST NIGHT, I was flooded with the power of mindlessness. Here's what hit me just as I'd come to the kitchen from ten hours of writing up the new clues, the revelations that E.Howard Hunt gave to his son, spoken into a tape recorder on his deathbed! He'd confessed to the killing of JFK and told how LBJ asked for the deed, McBaines & how a Texas oil man or two (Murchison/ Hunt) paid for the team and how Cord Meyer arranged the shooter with Corsican French Connection Lucien SARTI, part of their drug supply guys. Those facts were already lined up in my mind.

But this hit like a flash from nowhere.It was BOBBY KENNEDY who SENT a shooter to get Cord Meyer's beautiful wife who was separated from Cord as she'd become JFK's mistress. Mary had gotten the Pres stoned on LSD which BOBBY knew. Who knows, maybe Cord got the LSD from the agency; they were using it. Bobby knew about the acid, knew about DALLAS.

His life had come tumbling down day JFK died. Now, Bobby was a multiple SCORPIO planet guy ergo very vengeful, abnormally so. Tuff as a pitbull. He certainly knew that veteran CIA assasination squad honcho CORD MEYER was the arranger of the Dallas hit where E.Howard Hunt was picked up,arrested momentarily. Hey, Fletcher Prouty would have sought Bobby out for sure, afterwards. HE KNEW who did it.

WELL, after Mrs Cord Meyer is found dead, (shot through the back of head at close range,)  by a white guy in a a golf hat and windbreaker, jogging behind her on a posh, Georgetown jogging path, CORD MEYER is hit by a FLASH OF INSIGHT!  RFK knew exactly who created the Dallas shooting team!

In killing the beautiful blue blood Mary Meyer, BOBBY almost certainly was aiming for CORD's heart. A pain that he'd been delivered a year earlier. Instantly, the cat was out of the bag. Cord instantly KNEW that BOBBY was on to him. Now, --cut to four yrs later, BOBBY was about to be POTUS! Who on the death squad could have imagined that? The presidency was in the bag. (To keep using bag metaphors.)

IMPENDING EXPOSURE  is why the secret team had to take BOBBY out! Cuz JANUARY 1969, he'd have run straight from the Inauguration to some new cop squad (as he couldn't very well use FBI, CIA, Dallas cops who were all in on the hit, Mayor Cabell, General Cabell his brother,) but he'd have found investigators & lifted up the smarmy ROCK (post election,) and exposed all the bugs, given them all the noose.

This secret team (the drug importing, vestiges of the CIA / OSS ALLEN DULLES oligarch funded death squad,) already had the "OCTUPUS" up and going, and PARALLEX VIEW assassins in training, (*Mel Gibon's CONSPIRACY THEORY had this group too). The Octupus had ties to California war toy factory security guard latino who really shot the RFK death-bullet. The Latino security guy from LOCKHEED who was in kitchen in Ambassador. I  googled this:

"Thane Eugene Cesar, a recently-hired twenty-six year old part-time private security guard who worked full-time for Lockheed Aircraft, stood to Kennedy’s right as the group passed into the pantry. Cesar admitted to police that at the time of the assassination, he was standing behind and in actual contact with Senator Kennedy, and when the shooting began, he dropped down into a crouching position and pulled out his gun." That is the man who really did it. Keep looking, keep googling that name, you'll find out why he's guilty. worked for a war toy manufacturer! SECURITY GUARD, yeah right. Pro hit man!

Now, possibly SIRHAN was also a hypnotized robot of the OCTUPUS' assassin school. Just like in CONSPIRACY THEORY WITH MEL GIBSON. But There was a second shooter! Remember, these boys had practiced on JFK. They knew how to do it. Read up on them.


http://www.masterjules.net/fletch.htm on  Colonel FLETCHER PROUTY who Sutherland Played in JFK.

THE IMPLICATIONS of this THEOREM, this FORMULA -- JFK + RFK x MEYERs is like Euclidian Geometry. It points to a feature outside the theorem. It adds up to an amazing mathematical answer. What this theory tells us is that Teddie Kennedy knows the whole thing. Cuz RFK told him in the year just outside of the DALLAS ASSSASSINATION and TEDDY was waiting for the OCTUPUS to get out of office, i.e. for BARAK OBAMA to win. OBAMA WON. But did nothing.

We read about the amazing amount of Security put on Obama. Now we know why. THE OCTUPUS was after him! 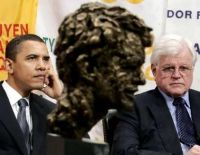 OBAMA SHOULD HAVE MADE AN ENQURY
INTO that CIA TEAM DOING HIT on JFK.
TEDDY KENNEDY never got into POWER
to do it, NOR DID BOBBY.

Related reading: The JFK HIT as told by E. Howard Hunt on his Deathbed
including picture of LUCIEN SARTI the shooter hired by CIA's CORD MEYER

OCTUPUS member PORTER  "transporter" GOSS, was made head of CIA by Bush pere/et fils and whoopie!
TRANSPORTER gets busted for tons of coke. Fired for it.

Then ponder this missive which just came from a politically savvy pal of mine, THE NORTHERN CALIFORNIAN
VETERAN OF THE SIXTIES, YOGI VEGAN LUMBERJACK::

"Anita,. The Octopus also knew that Teddy had the big picture, the whole nasty story --through RFK. That is why they set him up at Chappaquiddick so that Ted couldn't do the same WINNING PRESIDENCY, APPREHENDING KILLERS,  TRYING and HANGING of the SECRET TEAM stuff that RFK would have done if elected president.

But you get this far, then you have to add one more Kennedy to their death list --- JFK Jr. --who they knew would be elected to Hillary's senate seat and then on to the White House. JFK Jr. would have kicked Hillary's ass back to her MENA Career in Arkansas and would have won the presidency if he had run.  THAT they couldn't have, because Hillary is the Octopus' next "selected" goon to continue the cover-up and maintain control of this nation. Hillary and Bill have blood on their hands with the huge drug smuggling in Mena, Arkansas and they are connected to the southern OIL mafia that LBJ and others belonged to. One last thing, I watched the Republican debates and the clear winner was Ron Paul. He was dead last going into the debate but after them he was voted first by viewers which is going to really throw off the selected "leaders" that the Octopus wants to run. Watch this carefully because if Ron Paul is allowed to be in all the debates especially the major ones he will blow away the controlled candidates and come out as the clear favorite and winner. Ron Paul is the only person running that still adheres to the Constitution and isn't bought off by the NWO, so he will either be marginalized or his family will be threatened with death to get him to drop out like they did to Ross Perot in 1988. Ross Perot was laughed at in the debates when he exposed the coming effects of NAFTA and "free trade" by the controlled media but the public started to go for his outsider status and when the "controllers" thought that Ross would or could get elected he was told that if he continued speaking out and running to win that his family would be killed. This gets back to the Kennedys and why after Chapa-QUIT-ick, Teddy never tried to run again and why Teddy didn't want JFK Jr. to run for office because he knew what would happen, which it did, death! You know that when Obama looked like he was going to win the democratic election for president that his life wasn't worth a plug nickel UNLESS HE PROMISED TO START NO ENQUIRIES. Hillary was their DEEP STATE choice and as for secret service protection that is worthless because look what good they were for JFK and RFK. All the other facts you have are right on the money. Keep your eyes and ears open and watch as this unfolds and watch how this plays out in the months to come. IF BERNIE WINS! " Signed N.C.V 60's Y.V. LJ."

Our industrious 'POSTER-BLOGGER' is ANITA SANDS HERNANDEZ, Los Angeles Writer, Researcher,  mother of 4, grandmother of 6,  also a career Astrologer. OVER 20 YRS ONLINE, she has written 7,000  SEMINARS ON "SURVIVE THE GREAT DEPRESSION."  Catch up with her websites TRUTHS GOV WILL HIDE & NEVER TELL YOU, also The  FUTURE, WHAT'S COMIN' AT YA! FRUGAL LIFE STYLE TIPS,  SECURITY TIPS FOR DANGEROUS TIMES, and Secrets of Nature, AFFORDABLE  preventative medicine and HEALING with food and herbs and diets. Also ARTISANRY FOR EXPORT, EARN EUROS...* Anita is at astrology@earthlink.net ). Get a  35$ natal horoscope "my money/future life" reading now + copy horoscope as a Gif file graphic! No smarter DESTINY reading out there .


<====BACK TO THE TRUTH ABOUT GALACTIC MASTERS the EMPIRE ARCHIVE

<== TAKE ME TO THE CONSPIRACY THEORY INDEX PAGE


<=== PORTAL TO THE FULL 7,000  RICH HIPPIE  SEMINARS, REPUBLISH YOUR BLOG GET AD REVENUE from CORPS

<=== BACK TO THE GLOBAL ELITE, GREAT GUYS EVERY ONE   ONLY THEY HATE YOU!