THE RISE OF THE OLIGARCH, SERF STUDIES 101
by Anita Sands Hernandez 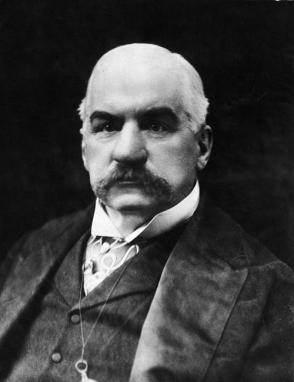 Masquerading behind a democratic facade, an economic elite comprising less than 1% of the population is quietly and cunningly ruling America. Their immense wealth and power enable them to exercise so much control over the governmental process, that they effectively operate the country as a Feudal oligarchy,  as a billionaire Feudal lord employing 8$ an hour serfs who swarm like ants doing his bidding but none of us  gain from that. There is no trickle down. That's not what his think tanks tell you. Keynes and Milton Friedman taught there would be trickledown. Maybe.. But how many of us work for a Harriman or Rock? The Bush family served the Harrimans for years, generations of them. So they got theirs.

These guys are so rich that they own other countries. When they say 'let's go into CHILE and topple the president and get ANACONDA copper back (as Allende nationalized it), fleets of ships, mercenaries, spies go down there and create a REBELLION and AMERICAN COPPER CORPORATION kills Allende & GETS CHILE BACK and 30,000 innocent Chileans are murdered. You don't believe it? See the film "MISSING" with JACK LEMMON, SISSY SPACEK. Kissinger was Rockefeller's Architect for that one.

We are all Chile. Today five billion of us are serfs on their plantation. As Oligarchs multiply (currently a thousand billionaires, most with 40-60 billion,) and these guys have more fingers in more pies on more plantations, more governments bought and paid for, subject to their control, a dimple push from their thumb on your ceiling and your house falls in. Like now. Foreclosures, Pensions dead, Banks dead, Homeless, Jobless. They're building prisons for us out of old army bases, Cattle cars. BUILT, NOW.

Any reading you do on the subject will leave little doubt that  government has been serving as a tool to subsidize and legitimize their exploitation of national and international resources, while legislative tax changes have left the nation with a Feudal wealth distribution system. It's because we have 'the best government that money can buy.' Our politicos are bought. They are pawns and many though not all, have no idea where these heartless tycoons are taking us, toward genocide, concentration camps.

Presenting the evidence to substantiate this argument is not the main reason this website EMPIRE INDEX & OLIGARCH STUDIES was put together. I'd hoped to present you with the actual, documented methods used by the elite to manipulate, control and exploit those with less money or power, tell you about them so that you'd recognize them when they come down the pike toward you.

The uberwealthy have many effective tricks to keep you and your children in the gutter, working for slave wages. Their methodologies are these: Dumb down the schools so you get a 'pap' education, fire teachers who aspire to teach you the realities. Price a college education at the cost of a Rolls Royce. Lower wages by exporting factories. Export  all middle class (non professional) jobs to the 3rd world. Create massive inflation via speculation or price fixing so poor people;s noses are just at water level. Price low level homes out of the reach of the middle class. You can think of any more? Write us here at planetsands@gmail com

While it is evident that most people are somewhat aware that government appears to cater to corporations and influential lobby groups, the average taxpayer is practically oblivious to the extent to which the wealthiest 1% directly and purposely control and manipulate the lives and destinies of everyone else on the planet.

Those who have been brought up on a steady diet of the American Dream are slowly awakening to notice that today's reality and the American Dream seem to be growing further and further apart. It may be worth keeping in mind that if a frog is placed in a pan full of cold water, and the heat is turned up gradually enough, the frog will fail to sense the danger, and instead of jumping to safety, it could quite unknowingly allow itself to be cooked. In a similar fashion, the media continues to be used to desensitize and/or misinform the general public into repeatedly accepting domestic and foreign policies that are very often diametrically opposed to the best interest of the majority.

While the average American does have "a vague idea" that corporations (as well as the economic elite) use plenty of techniques for avoiding taxation; how many know that the proportion of Federal Income tax derived from Corporate income tax declined steadily from 32% in 1952; to 23% in 1960; to 17% in 1970; to a low of 9% in 1985? Without vital knowledge such as this, the public will remain in the dark as to what is really causing the decline in most Americans' standard of living. Schools are ancient, out of date, roads are tire-crunchers, buildings all over the city collapse with slumdwellers inside them. The police are dyspeptic when it's your stuff that is stolen cuz WHO ARE YOU? NOBODY!

Although the growing deficit and the near trillion dollar banking industry losses will inevitably lead to continuing cuts in the standard of living for present and future generations, most Americans feel powerless to alter their deteriorating economic conditions, and simply take consolation in the belief that everyone else is also feeling the pinch. They act as if it were the weather and nobody could do anything about it.

This explosion of wealth taking place at the top has occurred and will continue to occur while waves of beggars flood onto the streets, and thousands of farmers lose their farms. It is neither fate nor coincidence that these events are occurring simultaneously. Tremendous profits continue to flow into the bank accounts of the super rich even during supposedly poor economic periods.

Unless facts such as these become "common knowledge", economic Feudalism will continue to be an integral aspect of the status quo. Why isn't the general public aware of these facts? Simply because the richest 1% own virtually all of the media, and have little difficulty controlling the content and coloration of television and newspaper information reaching the public. The superficial and often distorted picture of reality offered by newspapers and television's 30 second sound bites has traditionally contributed little to the exposure of America's hidden reality. In no less a fashion, the major publishing houses have, like a circle of protective elephants, provided a wall of defense around the existing status quo and the elite who profit from it. In short, Americans are being deceived and seduced into clinging to unrealistic concepts served up through the mass media by the very people who are exploiting the nation.

Facts that would have exposed the true nature of present day America rarely get presented through newspapers or television. Instead, they surface in magazines such as the Economist, Forbes, Fortune, Insight, and The Wall Street Journal which are read almost exclusively by the economic elite and their sympathizers. Moreover, the specialized economic jargon and ever changing "buzzwords" used throughout these publications poses yet another barrier preventing the published facts from becoming widely appreciated.

Consequently, this webpage has been written to present the reader with a comprehensive but seemingly radical perspective of America's hidden reality, based on and supported by facts extracted almost exclusively from the conservative, pro-establishment publications just mentioned. This was done purposely to avoid arguments regarding the truth, accuracy or bias of facts used throughout the book. Additionally, the webmaster attempted, wherever possible, to present both the perspectives and the supporting facts in plain uncomplicated English so as to be accessible to a broader spectrum of the general public.

The website could easily have been entitled "The Hoax of Democracy and Equality in Western Society", because the world's economic elite have taken control not only in America, but in virtually all the capitalist democracies, England, Canada, Scotland, Ireland, West Germany, Israel, South Africa, India, Australia, New Zealand, Japan, etc., as well as all the other countries ruled by economically elite minorities.

However, because America chooses to be the flagship for democratic capitalism, so she automatically deserves to be the focus of criticism as well. Moreover, it has been the American elite who have pioneered many of the social and constitutional controls that the economic elite of other countries have imitated. Consequently, incidents were chosen from American society to provide references and examples, although each of the other countries could have served the purpose as well.

It is therefore the webmaster's hope that the site or archive will serve as a catalyst to arouse true democratic power not only in America, but throughout the so-called Western democracies, simply by outlining many of the methods which the elite purposely use to manipulate society in order to maintain their wealth and power (i.e., a Feudal society).

If and when Western citizens come to know even some of the facts contained here and in other sites like this one, the outcry could be deafening. The shift of power from the wealthy elite to the majority could come just as surprisingly and as quickly as the shift of power away from the Communist elite occurred in Russia.

The demand for true democracy, and a more equitable distribution of wealth could dramatically alter humanity's destiny. A "New World Order" could really take place.

P.S. KEEP AN EYE PEELED on these GUYS. Note the grabby fat fists of the oligarchs going after all the basics of life, meaning YOU CANNOT LIVE WITHOUT THESE THINGS: food, protein, land, farms, nuts, meat, fish, heat, water...and they're swooping down on them, busting the farmers and food distributors so they can have a MONOPOLY and then run some HEARTLESS, death dealing INFLATION ON YOU.

Now, FOR THE IDENTITY OF THE STRANGLERS OF EARTH and her people, read THE GLOBAL ELITE AND PUT THE WORD OLIGARCH into SEARCH ENGINE at the BEST SITES ONLINE.

<=== BACK TO THE GLOBAL ELITE STUDIES