'Tent cities' of the homeless on the rise across the US! Homeless 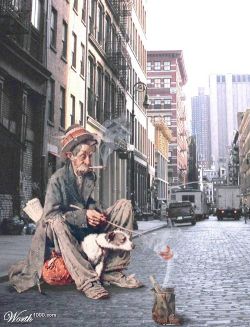 encampments are springing up across the US,  partly in response to soaring numbers of evictions, home repossessions, the credit crunch and rising unemployment.

Nearly 61 per cent of local and state homeless organizations say they have witnessed an increase in homelessness since the foreclosure crisis began in 2007, the Washington DC-based National Coalition for the Homeless study says.   And the problem has intensified since the report was produced (11 yrs ago) along with rising repossessions, soaring energy  and food prices and job losses, the group says.   "It's clear that poverty and homelessness have increased," Michael Stoops, acting executive director of the coalition, said.   "The economy is in chaos, we're in an unofficial recession and Americans are worried, from the homeless to the middle  class, about their future."   Homeless groups and government agencies from Seattle, in Washington state, to Athens in Georgia, report the most  visible increase in homeless encampments in a generation.  "What you're seeing is encampments that I haven't seen since the '80s," said Paul Boden, executive director of the  Western Regional Advocacy Project, an umbrella group of homeless groups in west coast cities.   In Reno, Nevada, the state with the nation's highest repossessions rate, a tent city recently sprung up on the city's outskirts and quickly filled up with about 150 people. Many came from northern California, ended up homeless after losing job and home.   Officials say they do not know how many homeless the city has. "But we do know that the soup kitchens are serving  hundreds more meals a day and that we have more people who are homeless than we can remember," Jodi  Royal-Goodwin, the city's redevelopment agency director, said.

In California, the totally POSH upmarket city of Santa Barbara is housing homeless people who live in their cars in city car parks while  Fresno, has several tent cities. Others have sprung up in Portland in Oregon, and Seattle, where homeless activists have set up mock tent cities at city hall to draw attention to the problem.  Meanwhile, new encampments have appeared, or existing ones grown, in Los Angeles, (nearly 60,000) San Diego, Chattanooga in Tennessee, and  Columbus, Ohio.

SNAP FOOD STAMPS are 100$ a month per person so no TRUE HOBO SECTOR CAN GET A DECENT MEAL. They cannot buy a chicken and cook it. BROILED chickens are twice the price. They could maybe buy one EVERY TWO DAYS but that would clean them out. 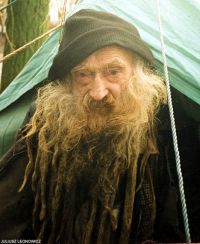 I had Top Ramen for breakfast. Again!
Got 2 ole ladies and this junkfood is
spoiling my PERFORMANCE! Plus
my Cat Dudley won't eat it!

I WAS HOMELESS IN RURAL AMERICA https://talkpoverty.org/2016/07/27/homeless-rural-america-heres-help-families-like-mine/
HOMELESS ON THE WYOMING PRAIRIE https://www.npr.org/2016/02/18/467217588/in-rural-america-homeless-population-may-be-bigger-than-you-think


'The important thing is to begin to build a conscious, "thought" network... to link the warriors together. Every person who knows has to connect with everyone else in  their lives who would want to know."   James Redfield "The Secret of Shambhala"

Our 'POSTER-BLOGGER' is ANITA SANDS HERNANDEZ, Los Angeles Writer, Researcher, mother of 4 and career Astrologer, single mother of 4. Catch up with her websites TRUTHS GOV WILL HIDE & NEVER TELL YOU, also The  FUTURE, WHAT'S COMIN' AT YA! FRUGAL LIFE STYLE TIPS,  HOW TO SURVIVE the COMING GREAT DEPRESSION, and Secrets of Nature, HOLISTIC, AFFORDABLE HEALING. Also ARTISANRY FOR EXPORT, EARN EUROS....* Anita is at astrology@earthlink.net ). Get a 15$ natal horoscope "my money/future life" reading now + copy horoscope as a Gif file graphic! No smarter, more accurate career reading out there!

<==== BACK  TO THE PORTAL TO 7,000 ARTICLES YOU CAN REPUBLISH FREE, GET ADVERTISING REVENUE