THE 2008- 2009 GREAT URANUS/ SATURN opposition and the RECESSION it brings, and its exact DATES
by Anita Sands ( astrology @ earthlink. net) 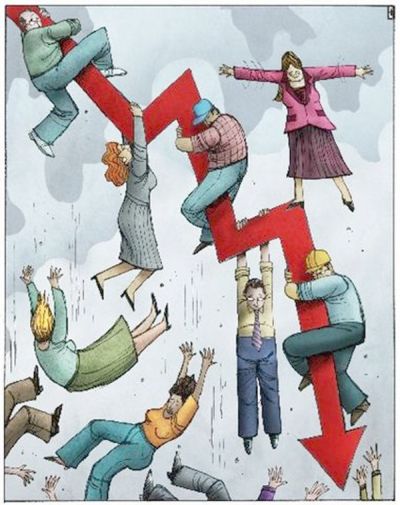 An astrology client asked me to do the Mundane Astrology of the Recession,  calculate the BAD months and how long it would last. He has been asked by his partner to sell his half of a technical corporation and thinking that the recession would be deep, he was going to SELL, move to Europe and buy gold.

I DID THE MATH and was very surprised the Recession would be short. I told him not to sell or move. In doing the calculations, I discovered that (--if astrology is real and I have amazing stories that prove it IS --) that this recession will not be horrible at all. It will just be another shopping expedition for the super rich, buying the treasures of the MERELY rich (who are going to jail.) Not gonna harm you. Easy to hold out for less than a year. And not all of that year, fine  weather months exist within it. UTILIZE the RECESSION to acquire books, real estate, stocks. A FARM maybe?

The reality is that DEPRESSIONS are very useful tools in the hands of the big guys. I should say THE BIGGEST GUYS. It allows them to buy all the gold, china, art, paintings & jewels in the palace that the SMALLER RICH GUYS own and even buy the SMALLER RICH GUY's palace!

The MERELY RICH are now in agony. They suddenly have to sell everything  THE SUPER SUPER BEYOND RICH GUYS are ecstatic. They can buy everything. For them, it's CHRISTMAS. This isn't the FRENCH REVOLUTION. Starving Peasants don't rise up and flood the palaces with blood anymore. There are no working guillotines. The peons are all sedated by celeb worship, TV reality shows, ESPN sports events, denatured food, toxic toothpaste and chemicalized air. They live in advanced STUNNED addict conditions that don't allow revolutionary modalities to surge.

The danger in a recession is the SUPER SUPER RICH GUESTS and FRIENDS of the MERELY rich who have pristinely INTACT wallets and who can BUY UP EVERYTHING they ever hankered after, or fancied, or spotted on their earlier visits to the MERELY RICH GUYS' HOMES.

As an astrologer, I've analyzed the GREAT DEPRESSION (1929) and the lessons that it taught. (a 'trapped configuration aligned with Mars was the trigger.) It didn't just teach us stargazers... it taught the VERY TOP SUPER RICH OLIGARCHS how to engineer these things or at very least how to exploit them. It taught them that only in a HUGE DEPRESSION can they waltz in and go shopping for the stuff they want, the rubies, the palace silver. IN DARK DAYS, they can pillage art and real estate, gems, palaces, chariots and such from their lower-down-the-tree chums..

The big guys thirst for a bust, crave a shake up occasionally and the bigger the better.  A BIG WIND of CHAOS blows the flakes out of the tree, shakes the ants off the picnic, the scammers off the economy . All the little Enron Lehman gnomes who were stealing, -- the Wall Street bandits and banksters, get exposed. The people rise up and cut THEIR lying throats. They go off to jail. And lo and behold, their goodies are up for sale!

And in the chaos, the SUPER RICH TARGET the hordes of the pirates, also the CEOs who are suddenly down to their last billion, shaking in their boots and the super rich make their purchases. So a RECESSION is like CHRISTMAS for them. All gifts bought are for themselves and their families.

This 'RECESSION' or 'market correction' started as  SATURN, the planetary significator of all corporations, big businesses, all banks, all finance houses and Wall Street itself ---OPPOSED URANUS, the 'whoops' factor. Uranus is the planetary ruler of Saturn's 2nd house ergo a MONEY MAKER for these guys. Because it's lord of their 2nd house. URANUS isn't just 'whoops' accidents, (all planets have a good side or a bad side, can go either way,) Uranus also rules science, technology, new inventions, new modalities of being, universality called New World Order by some, it rules the internet and all governments, the big LILA's NET and is a constant money maker for these super rich guys.)

The closer they get to "ONE WORLD AFTER ALL," the NEW WORLD ORDER, the happier they are. The sooner they bring this crazy spoke-throwing Rube Goldberg Machine to a smooth humming purring motor with the cream at the top, no vibrations shaking that cream, i.e. what the Nazis called hierarchical control, the more it suits them. Power must be organized from the top. The way The Empire runs things, the way the military runs things. One bank after all. (Stepfather bank!)

In SEPTEMBER 2008, the WAR of  URANUS opposed SATURN seemed to put the brakes to the system. We heard COGS GRINDING and thought 'oh no! 1929 all over again!  The SUPER RICH thought oh Goody. CHristmas is here.

Until the GOV INTERFERED. JUPITER was trine Saturn during the whole Sept. Oct, Nov 2008 arrival of RECESSION!!! So the posse was riding in with soldier support ...wise moves, generosity, hey gov has endless money, don't kid yourself, way more than they admit to, that's bankrupt Calif and Ahnold hiding its coffers and supposedly bankrupt Washington in debt to the tune of l0 trillion  hiding its wealth too. The super rich can reconstitute a little, the SUPER SUPER RICH have to wait to get their MACY's SALE.

JUPITER trine in AUTUMN 2008 gave us the Bush coffers flowing freely into the hands of these parched-on-the desert-surrounded-by-injuns bankers! Now, true, MID DEC that protection FLEES as Jup moves on toward the border with Aquarius. Then it's slightly deep waters immediately for the BANKERS. XMAS is dark -seeming indeed! Saturn is not doing well. The COMMERCE (banker's) planetary ruler is "common and cadent" a bad position, (as it is in Virgo in Saturn's own 9th,) so the Corps/ Bankers/ Gov cannot, will not land where they think. Life is all surprises. And, after XMAS, with no trines going on, Sat/Uran opposition continues and NEP IN AQUARIUS in the very same degree but quincunx or semisextile the dueling pair, brings an element of chaos and panic. Nep is quincunx SATURN. NO WAY TO REBUILD society or the economy with a quincunx. Not to NEPTUNE cuz that planet ain't a rebuilder! For yogic vegans it's high hopes, clear envisualizations, psychic arts but to a banker it's a panic button planet. A quincunx to NEP inhibits planning. CHAOS RULES

That pattern continues all winter long! Just as the wart hog is sticking his head out of the lawn in Mulagatawny, or poxhamoney or wherever that is, end of winter, JUPITER, NEPTUNE, MERCURY AND Mars conjunct in AQUARIUS and we get a new trend: SUPER SOCIALISTIC wild card! I imagine it's an outta-the-box Economic NECESSARY QUASI SOCIALISTIC PLAN BY OBAMA which affects that SATURN....Why? Cuz triple Aquarius brings that FDR kind of UTOPIAN, HUMANITARIAN, Communal solution.

Mercury, Mars conjunct Jupiter and NEPTTUNE, that's a STELLIUM IN AQUARIUS. First since 1962! To an astrologer, AQUARIUS STELLIUM at WORST is a bank run or two as Mar/Nep in Aquar is the center of the four planet stellium. Mar/Nep is panic. EARLY MARCH, like first week. And at best, it's a totally nouveau socialistic equation thrown at us by the Gov. An FDR type plan which the absolute panic justifies.

THE ECONOMY DIGESTS that wild card morsel in peace for a while and then the whole recession thing recedes from danger all Spring and Summer.

Then, Saturn turns around and goes back to duel or tangle with URANUS late summer, and Uranus is all the things that are its own money source. And they duel in SUMMER's last weeks and AUTUMN's first, SEPT 2009 making the R word return. Sat/Uran difficulties surface in SEPTEMBER. It's always a black September, isn't it. Neptune again is in the same degrees as Sat/Uran so nobody knows what's going on, there's confusion. Sky is falling, but knowing that is GOOD FOR YOU. Sept is a market falling month, so BUY STOCKS while they bottom out. Market corrects fast so BUY STOCK in first days of OCTOBER, which translate to being the last days of the new panic.

And that's it. That's all the recession that I feel is coming our way. ALTHOUGH it is going to frighten the Fascists and when PLUTO/ URANUS square off, they will be up to serious mischief. 2010-2015 ANALYSIS.

NOW, in 2019, it is SATURN AND PLUTO CONJUNCT in CAPRICORN, CROOKED BANKS (DeutscheBank, Wells Fargo etc) Bonds worth nothing, Interest rate below ZERO to curb a runaway crash. China in a trade War. We have a scare or two, an E ticket ride on a roller coaster but no reason to move to Europe. Pharoah's 7 bad years will be Pharoahs' ONE BAD YEAR. So don't cash out. Instead, gather your money right now, work harder and during the LOW POINTS, which is XMAS 2008, thru MARCH 2009, or FALL 2009 when everybody is thinking, oh the plague is back, buy a farm. Buy a 4 unit bldg with THREE OTHER PALS. Buy what the really scared guys are SELLING which is what the SUPER RICH do. When the Economy is down, GET ON TOP OF it, grab it by the neck pull out your knife and boldly carve yourself out a piece!

YOGI BHAJAN got StarReadings from Anita for 35 years,  said ANITA's GIFT WAS STOCKS, that there was HARI GREEN energy around her meaning money.

Surf to any of them, we promise you some real fun!