WHAT PROGRESSIVES NEED TO CREATE AS AN ALTERNATIVE TO BIG, GREEDY BANKS WITH HUGE FEES & GOV SUPER-VISION

If you do not, they WILL SCREW YOU AGAIN and AGAIN. THEN YOUR CHILDREN !

If ever a takeover of an industry was required, it is now. Wall Street, Chase and Bank of America have dirtied the name of banking, are scratching for your last dollars in fees and crooked liens and they already probably took your home away and with it your life savings. Fascist unconstitutional war-making governments have bankrupted the planet, enriched their campaign donating chums and given us WORLD WIDE famine & RECESSION. College grads cannot get jobs, yet they owe the bank for life due to Gov's new, bankruptcy laws. OLIGARCHS have created a DEBT STATE and have NATO/ U.N. type soldiers to enforce it. (Khadafi wouldn't sign up to world banks, adios Mr. macho man.). What we have is a take it all state designed by the SUPER RICH who control the planet. And finally, today,  government plugs into bloodless, starving arms to draw even more cash plasma. LOUISIANA has become the FIRST STATE to MAKE CASH ILLEGAL FOR SECOND HAND ITEMS. AS IF KATRINA WEREN'T BAD ENOUGH! Read this news item:

TRY to TRACK THE TRACKS of the TRACKLESS, TAXMAN! Impossible with USED ITEMS.

Why did Louisiana target used items only? It's because 2nd hand items come from "INVISIBLE WORLD". Not from a factory. They appear out of attics, basements, garages, storage units or pulled from demolished buildings. They were caught in rivers & oceans, grown in fields far from the highway. They are things that knowledgeable insiders find with their own wits. The items are restored with their own labor and sold underground as the mainstay of Guerilla Capitalism. This merchandise did not come from a store so it wasn't 'written up' anywhere. It is the vintage goodies sold by thrift stores. Charities often run these, selling vintage furniture & clothing, jewels, appliances, lovely recycled SHABBY CHIC. There are also junk stores full of architectural remnants, recycled building fixtures. Last there is the garage sale, estate sale. All of these are finito, bye bye, gone if Louisiana State legislature has anything to do with it.  These ad hoc merchants cannot afford a CARD SWIPER or sign up with VISA or MASTERCARD. But they feed families with their labor. This new law would make all that work generate taxes for the state, city and federal government. These workers whose profits are so marginal, anyway, these bottom feeders would now work to JULY first like the rest of us and not see one penny of their sweat pay.Tycoon pal wrote me:

NOTE: "Anita, They made an exception in Louisiana to nonprofits (such as Goodwill).
Therefore the solution is this: Form a nonprofit. Nonprofits don't pay
income tax. If their director gets a salary, he/she pays personal income
tax on the salary. But it is possible to use the nonprofit to get perks
like your meals and gas outside the salary. It does involve more
paperwork, though, which might be a barrier to people who can't read, or
even people who aren't very confident that they can learn how to do the
paperwork. Bookkeeping for nonprofits is a little different from for-profits, too.

AND...Louisiana is not banning cash transactions for services. Only used
stuff. I think the law was actually designed to thwart copper thieves,
but it's badly written. There is a such thing as a "model code" that
gets developed and municipalities can use it and then tweak it to their
own specifics. The writer of this law either didn't know about it or was
too lazy to look up how other places were dealing with their copper
thieves. I can't see them actually enforcing this much - but the law was
probably written with one particular scrap yard in mind."

This kind of tracking is happening in America today. They're testing it in a state full of docile, jobless African-Americans who never got an education and couldn't get a lawyer but who have incredibly physical strength especially the young male, unhire-able in conventional jobs market but very ready to have their own attic cleaning service, trucking, sandwich booth, used items depot.

REMEMBER THE JUDAS CORPS!  Where in the world do you imagine this ever happened before? That state tax agents, investigators would be moving around the booths in a bazaar? I imagine it happened in Caesar's ROME, in Roman bazaars in Turkey, Cairo, Jerusalem. A housewife would take out a few coins to buy rice,  the merchant would accept them and cash cops appear! AHA! The vendor/ seller fiduciary relationship is real easy for a cash spy to spot. The long arm of this EVIL LAW grabs the merchant. "That was MONEY! We saw it. You criminal, you took unfiched cash! You're arrested. You are sent to jail now. Your family will have no parent, no food and the state will have to give your 'widow' Welfare." That is a lose-lose proposition. Emergency rooms will be seeing every member of that family for free now as they'll all be deathly ill. Stress, no food, grief. See, there's an anti-darwinist TILT to GREED.

These taxing concepts are not only a liability for the poor but cash transactions being COP-watched will cost the Health System. Market place spies and arrests are going to raise blood pressure in the state of LOUISIANA as if the KATRINA hadn't done that already. All booths will need to have an inner sanctum, cash transaction area. The customer steps in to the dark, making everyone's blood pressure rise. Making it easier than ever to hold up a merchant. Bills can be tested for fingerprints. Arrests that 'stick' are assured. ULTIMATE COP STATE MANEUVER. Plenty of jobs now for THE JUDAS CORPS that turns merchants in.

Sticking to your website? Cash movements are easy to track online with Paypal being fiched, (see OBAMA'S NEW TAX RULES.) not to mention VISA MASTERCARD totally being on the books. 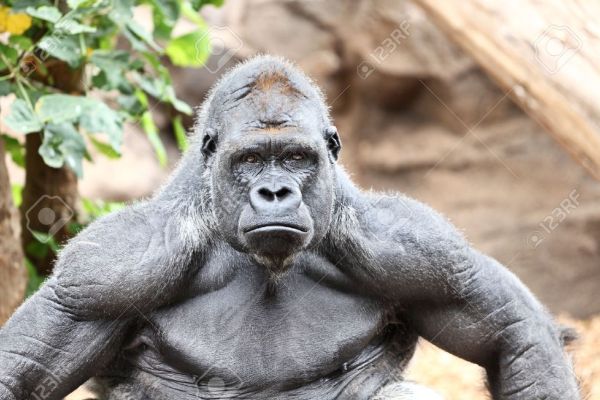 Try hacking into my books MOFO!
I own my own SERVER. UNHACKABLE!
I am a GUERILLA BANKER. GOT IT?
I SERVE MERCHANTS WHO
ACCEPT THAT OLD FASHIONED
STUFF, CASH, for their ONLINE
business.  One man's sweat for
another man's merchandise. None
of it ficheable by the state. The
BUCK STOPS HERE! (thump thump)

A guerilla banker would have to have:

a.) his own webhost server with virus protection and ultimate non-hackability.(that ain't BITCOIN,bebe)

b.) A GUERILLA PAY PAL type money exchange apparatus that offered real
bank accounts, just like you get from mainstreet banks. Subscriber would have a guerilla
underground cash stash.  Like Switzerland. 'don't ask don't tell.'

c.) CREDIT CARD and CURRENCY BOTH. First a CREDIT card.  Say you go into appliance store, see a fabulous slightly used MAYTAG WASHER, best anyone ever made. Mine is 45 yrs old, still going.You give owner your card from The Guerilla Bank -- he'd have to be signed up WITH THEM. (Hey, Kentucky Fried Chicken takes PAYPAL CARDS.) You pay 100$ for your rebuilt washing machine. For 15$ he delivers, installs what costs 600$ elsewhere. Now, the Gorilla bank gives that merchant credit for a purchase at any GORILLA WEBSITE or at any STORE signed up with GORILLA. Which is same as DINER'S CLUB OR AMERICAN EXPRESS. They have signatory businesses. Merchant can buy stuff. Or GORILLA BANK sends him a cash money order for 115$. That he can cash at his OLD FASHIONED brick and mortar bank without a record being shown to any taxman. Just walk away with cash dollars, green backs.

e.) All these transactions never existed. The Gov would have to hack into GORILLA BANK to see records. AND TRY GETTING PAST A GORILLA!

P.S> Your GORILLA BANK CLIENTS MIGHT (who knows?) pay  rent, utilities, food bills with.  But as a GORILLA BANKER, that's none of your business. So get some chums together and start a GORILLA BANK.

Our WEB MISTRESS and POSTER is ANITA SANDS HERNANDEZ, Los Angeles Progressive Researcher, Writer,  Mother of 4 and career Astrologer. Catch up with her websites  TRUTHS GOV WILL HIDE & NEVER TELL YOU, also The  FUTURE, WHAT'S COMIN' AT YA! & HOW TO SURVIVE the COMING GREAT DEPRESSION, and Secrets of Nature, HOLISTIC, AFFORDABLE HEALING. Also HOW TO LIVE on A NICKLE, The FRUGAL PAGE. and 50 other themes that appeal like GETTING ON THE DOLE, HOW TO NEVER NEED A VET FOR YOUR PET .. HER MAIN PAGE WITH CLICKABLE PORTALS is THE ASTRAL WEBSITE! Anita is at astrology @earthlink.net ). Get a 15$ natal horoscope "my money/future life" reading now + copy horoscope as a Gif file graphic! Yogi Bhajan called her the best!

<===BACK TO MONEY SECRETS OF THE UNDERGROUND