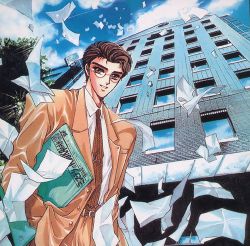 HOW TO DO IMPORTANT ARTICLES for IMPORTANT MAGAZINES -

THE POSH MAGAZINE  is generally monthly hard copy magazine devoted primarily to examining the activities of some SUPER IMPORTANT section of humanity. It can be COMMERCE, GOVERNMENT, multinational companies or all of the above. The magazine almost certainly will want to cover issues involving labor, the environment, corporate crime, multilateral banks and development. Any responsible editor would cover all that. But sometimes they do frivolity, reviews, celeb interviews.

You want to carefully target the magazines that you enjoy or value most. See the full spectrum of genre article that they do. Without doubt, each issue contains: several short news items; approximately two feature articles; and an interview with a government official, corporate executive, union leader, environmentalist, academic, consumer activist, or other expert on a topic of interest to the magazine. They will gladly  run an article on a labor issue; an article analyzing an economic issue; and/or a book review. It is safest to think along these lines but sometimes you run across a hot story. I thought the HIT on JOJO the AFGHAN STRINGER was such a story. That is what you might call an EDGY, risky story. Some posh mags wouldn't touch it with a ten foot pole. However, if you neuter it slightly, they might.

The POSH MAG likes hot news stories and will run news analysis pieces, but do it as FACT and supplement it with reportage by witnesses as a posh mag does not run opinion pieces especially on such controversial material as the Assassination of a stringer dangerous to US interests. Another thing a posh mag will never want from less than a celebrity who's in the loop or a senior expert of some kind, would be essays.

Articles should be written in an accessible manner that is intelligible to a lay reader; the magazine is not an academic or technical journal. Articles run between 1000 and 2500 words; the posh mag  pays writers 10 to 20 cents per published word. Articles must be submitted in English.

Every article should have a clear topic and focused discussion of the issues raised. For example, a story on Poland’s acceptance of loans from the World Bank should not discuss the World Bank’s activities in Indonesia. The story should not even cover the World Bank’s role in buttressing the world capitalist system. Don't stray. Stay focused. These posh mags VALUE specificity and FOCUS.

Articles should also be related to a recent event or development. A piece on environmental degradation in Czechoslovakia might begin by discussing a recent discovery of a toxic dump, for example. A good example was the famous trash barge that sailed from New York to the Caribbean and nobody would let it dump. It kept going in circles.

Articles written for the POSH MAG should include a number of original quotations. Getting them is where we divide the men from the mice. You have to actually call up famous people. Do it, get through get the quote and you made the big time. On average, an original quotation should appear in every third paragraph of a story which will cause the beginning author to sweat blood. Writers should include the perspectives of people on different sides of an issue. E.g. an article about Monsanto should have original quotes from a Monsanto official, not just the company’s critics.

Writers who wish to familiarize themselves with a typical posh mag style can find back issues at thei magazine's website.

The POSH mag runs photographs and charts to accompany stories. Writers are encouraged to send photos and charts along with their articles.  Writers should send a short, one- or two-sentence biographical statement with their articles. This will be published in the magazine for identification purposes so don't go into detail about your interest in mime and orchid hybridization unless it's relevant.