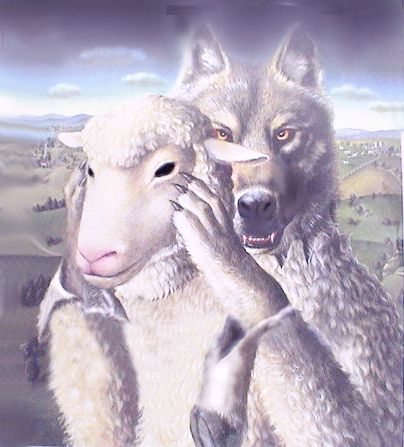 I am your government's nasty, Nazi, secret agenda, to pull the kill switch
on the internet, take down websites, arrest users and prevent dissent!

Our gov, led by Machivellian Nazis and their Galactic overlords...in an attempt to enslave us all, are creating the end of the Internet as we know it with THREE NEW LAWS  they're trying to pass. The truth behind their terrible, sneaky new laws.

And secondly, THE SCARIER LAW WE DID NOT MENTION, the PERMANENT LOCK UP LAW
special for anyone who criticizes the White House. The A.C.L.U will explain it to you at that URL. ^

The awful secret behind SOPA, the so-called anti-piracy bill which is today
the target of an unprecedented backlash with Wikileaks Google and other major
websites going dark to protest the legislation, has nothing to do with
piracy or copyright theft  its about the formal effort to mimic
Communist Chinas system of Internet censorship.

But dont take our word for it, listen to what Joe Lieberman, co-sponsor
of PIPA, SOPAs sister version in the Senate, said about the purpose of
behind the US governments efforts to control the Internet under the
guise of cybersecurity.

Lieberman characterized fears that the US government would use such
powers to censor political content as total misinformation, yet goes
on to admit that the purpose behind the agenda is to mimic Chinas
ability to disconnect parts of its Internet in case of war, adding,
we need that here too.

Of course, Communist Chinas war is not against foreign terrorists or
hackers, its targeted against people who dare to use the Internet to
express dissent against government atrocities or corruption. Chinas
system of Internet policing is about crushing freedom of speech and has
nothing to do with legitimate security concerns as Lieberman well knows.

Having largely failed in his bid to use fears over cyberwarfare, bearing
in mind it was the United States and Israel who launched the Stuxnet
attack, to achieve the ultimate goal of Internet control, Lieberman has
returned with the same agenda only under a different guise  the Protect
Intellectual Property Act  of which he is the co-sponsor.

Whether the justification is cybersecurity or anti-piracy, the end game
remains the ability to seize control over the Internet and shut down
websites on a whim.

Indeed, the is merely the act of legally codifying what is already
taking place. Lieberman himself was instrumental in having the
whistleblower website Wikileaks shut down when Amazon axed Wikileaks
from its servers after being pressured to do so by Liebermans Senate
Homeland Security Committee.

In addition, the Department of Homeland Security has already seized
dozens of websites merely for linking to copyrighted material, despite
the fact that such material isnt even hosted on the website itself, a
process the Electronic Frontier Foundation has criticized as, Blunt
instruments that cause unacceptable collateral damage to free speech
rights.

The DHS has also seized websites for no ostensible reason, including a
popular music blog that was shut down for over a year on charges the DHS
now admits were completely false.

While the likes of Wikipedia and Google have commendably protested
against SOPA and PIPA, the big ISPs and domain name companies are firmly
behind it. Indeed, the global authority over all .com domain names,
VeriSign, recently demanded the power to terminate websites deemed
abusive when ordered to by government without a court order or any
kind of oversight whatsoever.

Although massive protests by the likes of Wikipedia and Google have
delayed a vote on SOPA, the bill is set to return to the House floor
next month.

The ultimate end game of SOPA is not merely about handing the federal
government the power to shut down websites. Once such powers are
granted, the only way to police such a system would be to require all
website owners, and eventually anyone who posts any form of content on
the Internet, to require permission from the state to do so. This will
take the form of an individual Internet ID for every user  again part
of Liebermans favored Chinese-style system  which can be granted or
revoked at the discretion of the authorities.

The so-called National Strategy for Trusted Identities in Cyberspace,
created by NIST under the auspices of the U.S. Commerce Department,
purports to offer an identity ecosystem under which Americans will be
able to protect their information not with passwords but with a single
credential stored on a smart card, a cell phone, a keychain fob or some
other kind of gadget. This will then be used to access a myriad of data,
including tax returns, health information, bank accounts and more,
amounting to a passport for your entire life.

Under such a system, the state will be able to create a far friendlier
environment for controlling the flow of information, Bill Clintons
proposed Internet Ministry of Truth will flourish, and Hillary
Clintons concerns about losing the infowar will be addressed.

This is the true secret behind SOPA, its another step towards
abolishing anonymity and creating an infrastructure under which, just as
in the physical domain, every act of commerce, communication or exercise
of freedoms will first have to be approved by an authority figure before
it is allowed to take place.

*********************
Paul Joseph Watson is the editor and writer for Prison Planet.com. He is
the author of Order Out Of Chaos. Watson is also a regular fill-in host
for The Alex Jones Show and Infowars Nightly News.

What can we do about these Nazi Nuremberg laws? SCREAM, write, email, be an online activist, learn the breezy, easy methods starting now while you TAKE THE TEN MINUTE HIP ACTIVIST SEMINAR and by
sending this entire article on, by 'forward' button by email  to all your pals:

A POME
Anything I write
you can send to your net chums
we gotta all link hands...
to defeat those nervy bums!

<===BACK TO THE TRUTH ABOUT GOV