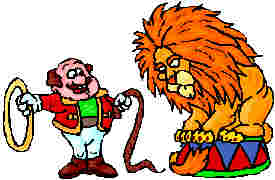 
Today, Wall street Mega Corporations are  floundering, sinking, going bankrupt, belly up. The FED and the US GOV are bailing them out. WHO ARE THESE MASKED MEN? The dud CORPS should
not be helped. They should crash and burn. You don't reward bad policy with taxpayer handouts. No medium or small business would get this VIP treatment. In a true, free market economy you survive or you perish on the strength of your business not by getting corporate welfare. " Sage of the North*

By Charles Dumas Telegraph News UK.- The US low-tax zealot, Grover Norquist, is famous for wanting to "shrink government down to the size where we can drown it in the bathtub". Still alive, he is not turning in his grave, but his idea has been well and truly buried - and not by the Democrats he hates; they have been  tongue-tied on the credit crisis.

It is Wall Street, the paradigm of "red in tooth and claw" capitalism, that has turned to government subsidy on an unprecedented scale.

Low, ideally non-existent, taxes may be very desirable, but when free-market principles came into conflict with the survival of business as we know it, priorities were clear. The US Federal government's full faith and credit -
in other words, the resources of American taxpayers - should be urgently deployed to preserve as much as possible of the financial industry.

Luckily for Wall Street, government was still too big to fit in that bathtub - and proved only too willing to take up the challenge.

The scale of the operation has been huge. The Bear Stearns' takeover last
March by JP Morgan was helped down by a spoonful of sugar in the form of
$29bn of quasi-equity investment by the Federal Reserve Board that can only
go down in value, never appreciate. Nice money if you can get it - well done
JPM! (I must declare an interest: I am a future pensioner of JP Morgan, so I
like to see its fortunes improved.)

By March the Fed might have been forgiven for hardly noticing a mere $29bn:
it had provided more than $250bn in liquidity assistance to the money
markets, accepting dodgy mortgage paper as collateral. Lucky old Wall
Street - though, to be fair, this liquidity was the only justifiable aspect
of the Fed's conduct in the 15 months of credit crunch.

The "Bear" was only the hors d'oeuvre, as anyone could see. After a
mid-summer Act of Congress promising major help to the mortgage market, the
full scope of potential largesse from Washington was more thoroughly
exploited last weekend when the two giant "government sponsored
enterprises", nicknamed Fannie Mae and Freddie Mac - here collectively
"Frannie" for convenience - were formally extended a Federal government
guarantee by Treasury Secretary Paulson.

Frannie is emphatically, in fact by definition, not part of the sub-prime
crisis. Out of the country's total home mortgages of $10.5 trillion the
lowest tier, sub-prime, is (or was) about $1.5 trillion, with another
dubious category called "Alt-A" (also not "prime"), of another $0.5
trillion.

Within sub-prime, came the so-called "Ninja" mortgages: qualifications
required being No Income, No Job or Assets, and in the bulk of cases no
documentation either. Wall Street's enthusiasm for this kind of paper led to
the losses even at 15 per cent higher, house prices a year ago, requiring
the hors d'oeuvre described above.

With house prices now nearly 20 per cent down from their peak, the story has
moved on from sub-prime to prime. Frannie is the main course. The definition
of a prime loan is one that can be taken onto the Frannie balance sheet, or
placed with investors under a Frannie guarantee. With about $8.5 trillion of
prime loans out there in total, Frannie is on the hook, in one form or
another, for more than half, some $4.5 trillion.

Back in the sound-money days of more than a half-century ago, Senator
Everett Dirksen came up with the classic thought about the US Federal
government: "A billion here, a billion there pretty soon you're talking
about real money". How quaint that sounds. In these go-go days for fiscal
"conservatives", it is more like "a trillion here, a trillion there".

The Frannie deal is big even by today's standards. It single-handedly vaults
the US from a public debt ratio in the sound-money range into the company of
fiscal basket-cases like Italy and Belgium, and that long-standing economic
invalid, Japan.

The chart shows how the net US government sector debt pre-Frannie was about
the same size relative to the economy as Germany, though worse than other G7
peers such as Canada, Britain and France. Now with one bound, the addition
of $4.5 trillion puts it up there with Italy and Japan.

For connoisseurs, the post-Frannie endorsement of the rating agency,
Standard & Poor's, may raise an eyebrow: the triple-A rating of the US
government is unaffected, we were told after last weekend's events. Many a
nasty, even catastrophic, deterioration of credit has started with such a
reassurance.

I have myself dealt with bankruptcy of a company that was actually "in the
can" less than a year after it was triple-A rated. But triple-A rated
mortgage securities trading at 50 cents in the dollar are bad enough. A bank
whose credit-worthiness requires public defence has generally lost it. A
government has greater resources, but questions are bound to be asked.

* The Sage of the North sent this to me, I get five articles a day from him, turn them into
these cartoon strip type articles juicing them up a tad but  he really picks 'em. Good info. If you want to get his carefully chosen articles by email, write me I'll ask him to put you on his list. I'm astrology at earthlink net

<==== BACK TO THE "SURVIVE THE DEPRESSION TIPS" WEBPAGE