A PAIR OF JACKS 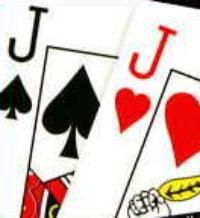 A lot of people whom (AT THAT TIME,) we considered marginal to the JFK hit were hanging around Dallas that day. Ferinstance, NIXON AND LBJ were both there November 22nd. Nixon was at a PEPSI COLA convention, long time contributors of his; he had a very close fiduciary relationship with them. These were the patriotic Execs who lent their VIETNAM factory to the CIA's lucrative heroin  trade just as the army lent its planes and hangers to the Nam-based 'stuff a corpse with dope' efforts, staffed by French addicts they found in Paris...and then the OPEN the corpses up and pull the bags out' staff back on bases in America, a night detail. Oh yeah?  Rent the film "AIR AMERICA" which is a Mel Gibson Robert Downey HOOT.

Why was Johnson not seen more that day in Dallas? He didn't talk? He just lurked. He was three cars behind JFK. Kept his distance, didn't he. But wasn't seen --- not until he showed up in the airport tarmac and got on board the plane with a Texas judge reading him the bible, swearing him in and Jackie looking bloodied and
haggard. Tricky Dick NIXON denied he was in Dallas did so for years afterwards.

Howard Hunt was there, Top CIA general Cabells Brother was mayor of Dallas, they were definitely part of our cast of characters, but so was Jack Valenti a Texan who had never been in Washington. He had  worked for the oil men, HUMBLE OIL in fact. Ex WWII pilot, for a touch of the military to his persona. Now here's what's weird. He had been HIRED for JFK's Dallas trip, as an en situ facilitator; he was a P.R.. guy with golden connections in Texas and basically a hireling. We wonder, did he set up the route going past the book depository? A last minute change? Must have been Jack's idea, or somebody gave it to him.

Another weird thing.  LBJ kept Valenti by his side for the rest of time.  Why would Johnson hire Jack Valenti, unknown to him, whom he ostensibly had never known before? Here is the weirdest thing of all. THE FACILITATOR FROM TEXAS who had never been in WASHINGTON climbed on the plane with LBJ and JACKIE! Is that a very PR thing to do? You don't invite yourself to a party unless you were already invited. So the story goes, LBJ hired Jack on the plane in a two hour and six minute trip, going back to DC...hired him to work in his administration! There is no earthly reason beside the fact that being a Veep, he had never had much of a staff and now would of course would be looking for one. Jack is on the far left in photo, very guilty look on his
face.

Isn't it clearly a case of keep your friends close but complicit members of your
gang closer?

Now, Valenti aspired to public life from an early age. He graduated from high
school at 15 and earned his B.A. from the U. of Houston, worked for a time
in advertising at Humble Oil, then added a Harvard MBA. He flew 51 combat
missions as an Army Air Corps pilot in WWII. After the war, he continued in
advertising and branched out into political consulting. Who hires such in
TX? OIL. OIL funded JFK hit.

"In the early 60s, Valenti's agency Weekly & Valenti did leg work for
Johnson. On Nov. 22, 1963, he was part of the presidential motorcade in
Dallas when President John F. Kennedy was assassinated, and he is visible
in the famous photo of Johnson taking the oath of office aboard Air Force
One. After taking office, Johnson took Valenti to Washington as his special
assistant, and Valenti gained a reputation as one of the president's most
loyal staffers. However, he constantly defended show business from
attackers and rarely criticized the business himself.

One rare example was his attack on Oliver Stone's 1991 "JFK." Valenti
defended the Warren Commission (established by his mentor Johnson), (which
retold the lies, magic bullet etc,) casting aspersions on Stone's
controversial film which suggested Navy Intelligence and a lot of Texans
had been part of a coup. However, his timing was, as always, discreet: He
waited until four months after the film had opened, after the Academy
Awards, before speaking out against the pic.

The silver-haired Valenti was a natty dresser and courtly gentleman who
enjoyed using five-dollar words and arcane historical and literary
allusions as he spoke out on numerous issues, all of which seemed to get
him into a high lather.

For example, in 1985 at ShoWest, he described new technologies as "metal
skeletons whirling about in the heavens, hurling down beams of delivery
systems." Hard to say thru two lines of false teeth, so you gotta hand it
to him.

The resurgence of JFK conspiracy theories in 1992 caused him to lament,
"The Lord only knows how many more conspiratorial badgers are out there
burrowing into the entrails of Alice's Nonsense Wonderland, ready to barter
their gauzy and grotesque notions for gold in the publishing and movie
marketplace."

Yeah JACK? If you say so kid. But you were part of the COUP that took out
the last president to not kowtow to the Oligarch Brit Bankers and the bought
politicians they rode in on. SHAME ON YOU!

<=== BACK TO THE CAST OF CHARACTERS IN THE JFK HIT