THINKING OUTSIDE THE BOX a how to achieve mental powers, how to come up with a Great and original piece of THINKING 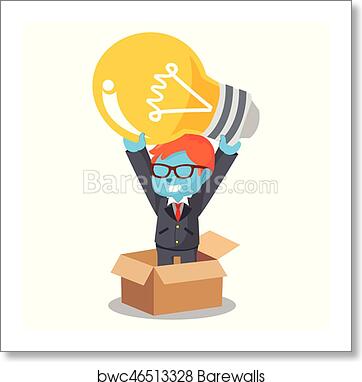 Wall Street is collapsing not because of bad mortgage debt or lack of
capital or over-leverage. Those are merely symptoms. Wall Street is
collapsing because it deserves to collapse; it needs to collapse in order
for America to survive. The economist Joseph Schumpeter called it creative
destruction, a system where outdated models collapse to make room for new
innovation.

The fact that Wall Street is collapsing is a given. How it survived
as long as it did under its corrupted model is the question that will be
debated in history books for the next generation.

For example, imagine a business model that bases remuneration to
brokers on how much money they make for their Wall Street employer and not
one dime for how well their customers’ portfolios perform. A Wall Street
broker receives remuneration that rises from approximately 30 to 50 per
cent of the gross commission based on their cumulative trading commissions with
zero regard to how well the clients’ accounts have done. There is no
acknowledged internal mechanism in any of the major Wall Street firms to
gauge the overall success of the accounts the broker is managing.

The industry has been irreconcilably incentivized to corruption just
as brokers have been socialized to silence. The reason we are seeing a
stampede this week into U.S. Treasury securities is that much of this money
belonged there in the first place, not in esoteric mortgage backed
securities, junk bonds, commodity funds or annuities backed by AIG.
Brokers put their clients “safe money” in these unsuitable investments because
their Wall Street employer dangled a seductive financial inducement. A broker
receives less than $1,000 in gross commissions (“gross” meaning before
their firm takes their 50 to 70 per cent cut) on $100,000 of longer dated
Treasuries. Putting that same $100,000 in a junk bond or mortgage-backed
security or annuity could generate $3,000 or more. In other words, the
financial incentive has created an artificial demand. And, as must
inevitably happen, the true state of that demand is just now catching up
with the true glut of supply.

What would be the incentive for Wall Street firms to offer higher
commissions for some products over others? Because on top of their cut of
the brokers commissions, they receive origination and syndication fees for
the more esoteric investment products. These firms so despised the
low-paying Treasuries that they replaced Treasuries with Freddie Mac and
Fannie Mae paper in mutual funds bearing the name “U.S. Government Fund.”
(This misleading practice and the fact that billions of dollars of public
money resided in these misnamed funds has certainly played a role in the
government’s decision to nationalize Freddie Mac and Fannie Mae.)

Then there is the insane model of bringing flim-flam new businesses
to market. If we look at the people who are at the helm of today’s collapsing
Wall Street, they have shifted in their chairs, but they are mostly the
same conflicted individuals who brought America the NASDAQ bust that began in
March 2000 and evaporated $7 trillion of American wealth. There is no
longer any incentive on Wall Street to bring about initial public offerings
of only companies that will stand the test of time and create new jobs and
new markets to make America strong and globally competitive. There is only
an incentive to collect the underwriting fee and cash out quickly on
private equity stakes.

Next is the corrupted model of housing a trading desk for the firm
inside the same company that is supposed to issue unbiased research to the
public. For example, let’s say that XYZ Brokerage buys a big stake in ABC
Company on its proprietary trading desk (the desk that trades for profits
for the firm) on Wednesday afternoon. On Thursday afternoon, it could
almost guarantee profits for itself by issuing a research report upgrading
the stock. Conversely, it could short the stock on Wednesday and issue a
negative report to drive down the price on Thursday, also guaranteeing
itself a profit. Other than a fictional Chinese Wall, there is absolutely
nothing to stop this type of public looting.

Now, ask yourself this. With the multitude of other ways that Wall
Street has to make money, why are they allowed to have their own trading
desk while simultaneously issuing conflicted research to the public. After
the NASDAQ scandals that revealed Wall Street issuing biased research for
personal profit, why weren’t proprietary trading desks and public research
issuance shut down at these firms. There are plenty of boutique research
firms to fill the void. The only conclusion to be drawn is what Europe is
calling “regulatory capture” here in the U.S. That’s a phrase similar to
what Nancy Pelosi was calling “crony capitalism” on Wednesday, September 17
before she decided to join the crony capitalists at a microphone on
Thursday, September 18 to promise bipartisanship on the mother of all
bailouts to Wall Street.

This unintelligent design business model would have cracked and
imploded long ago but for one saving grace: it came with its own
unintelligent design justice system called mandatory arbitration. Gloria
Steinem once called mandatory arbitration “McJustice.” It’s really more
like Burger King; Wall Street can have it their way. In a system designed
by Wall Street’s own attorneys, arbitrators do not have to follow the law,
or legal precedent, or write a reasoned decision, or pull arbitrators from
a large unbiased pool as is done in jury selection. Industry insiders
routinely serve over and over again. Had there been ongoing trials in
open, public courtrooms, the magnitude of the leverage, worthless securities, and
corrupted business model would have been exposed before it brought America
to the financial brink.

That Wall Street and its Washington coterie are stilled embraced in
regulatory capture and unintelligent design is most keenly evidenced by the
recent merger of Merrill Lynch, the brokerage/investment firm, with Bank of
America, the commercial bank and ongoing discussions to merge Morgan
Stanley, the brokerage/investment firm with a commercial bank. (Memo to
Enemy Combatants Against Taxpayers a/k/a Wall Street/Washington: this new
model is the failed model of Citigroup. Why do you hate America?)

Make no mistake that what ever the dollar amount announced next week
to funnel into an entity to buy bad debts from banks and Wall Street firms,
it won’t be enough. It’s a Band-Aid on a malignant tumor. That tumor is
Credit Default Swaps (CDS) with over $60 trillion now owed through secret
contracts in an unregulated market created, financed and owned by the
unintelligent design masters, Wall Street firms themselves. (See “How Wall
Street Blew Itself Up,” CounterPunch, January 21, 2008.)

There is no sincere plan by this administration to help America or
Americans. There is only a plan to slow the financial collapse until after
the November elections by throwing a politically palatable amount of money
at it and a plan to continue to blame it on a housing bust.

If we, the American people, allow this to happen, we’re enablers to
the unintelligent design model. Before one more penny of our taxes are
spent on this ruse, we must demand a seat at the table (I think Ralph Nader
should occupy that seat) to discuss breaking up Wall Street, crushing this
model, innovating a sensible model that serves the individual investor and
deserving businesses, and promises our children a future of more than a
banana republic.

Pam Martens worked on Wall Street for 21 years; she has no securities
position, long or short, in any company mentioned in this article. She
writes on public interest issues from New Hampshire. She can be reached at
pamk741@aol.com

SHARP ANALYSIS! I am going to google this gal, see if any other
of her astute scribblings exist online! A Wall Street Cassandra,
a Whistleblower, sees around corners, insightful, delightful.
Has the ring of truth.