THE MISERY INDEX, STATISTICS ON JOBS CUT, BANKS GOING BELLY UP, i.e. THE CRASH OF GOTHAM 2009 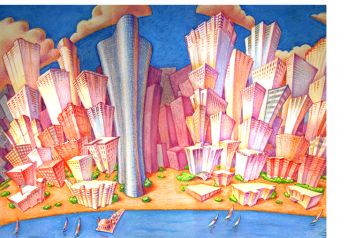 In a stark indication that the crises gripping the US housing market and the financial sector are spreading throughout the economy, unemployment figures for August 2008  rose far more sharply than expected, hitting a five-year high. The official unemployment rate rose to 6.1 percent last month, according to a report released Friday by the Bureau of Labor Statistics. (Nuts to that! California just reached 12% and NATION is 9.75%! JULY of 2009)

In addition to the net loss of 84,000 jobs last month, the agency revised its figures for June and July, reporting the destruction of an additional 58,000 jobs, pointing to an entire summer dominated by layoffs and economic slump. Meanwhile the so-called misery index, which adds the unemployment and inflation rates, hit 11.7 percent, the worst figure recorded since mid-1991, as high gas, food and utility prices continue to gouge workers paychecks even as layoffs mount. NUTS TO THAT TOO, reportedly 250 MILLION PEOPLE on EARTH ARE JOBLESS DUE TO THE RECESSION!

Also on Friday, the Mortgage Bankers Association issued a report showing that the new foreclosure rate has risen to its highest point in nearly three decades, as falling home prices and tighter credit is forcing more and more people out of their homes. The total number of homes in foreclosure hit 2.75 percent, triple the rate recorded three years ago.

Meanwhile, 6.41 percent of all home mortgages were one or more payments overdue, a record high since these figures were first recorded in 1979. At the same time, existing home sales fell to a 10-year low in the second quarter, while the median price of a single-family house plummeted by another 7.6 percent, the National Association of Realtors reported.

The increase in unemployment and the rising number of foreclosures are clearly trends that are feeding into one another in a vicious downward spiral. Workers having lost their jobs are finding it impossible to meet monthly mortgage payments, and the collapse of home values has wiped out credit for many, leading to falling consumption and new layoffs. The loss of jobs was spread throughout the economy, with health care, education and government employment virtually alone in resisting the surge of layoffs.

Manufacturing companies cut 61,000 workers from their payrolls; business and professional companies eliminated 53,000 jobs, temporary employmentwhich generally is a leading indicator of future job trendsfell by 36,000 and the retail trade sector cut 19,900 jobs. Construction employment was down just 8,000, reflecting in part the massive bloodletting that has already taken place558,000 jobs wiped out since the beginning of 2007. Massive new layoffs are on the horizon.

The Air Transport Association reported Friday that US airlines plan to cut at least 36,000 jobs by the end of the year. Job cuts will continue throughout the auto industry as new vehicle sales slump. The DMAX engine plant in Dayton, Ohio announced this week that it is laying off another 330 workers, on top of 290 jobs cut in July. The plant makes engines for GM trucks. Daimler Trucks North America, meanwhile, has announced plans to cut one of the two shifts at its Mount Holly, North Carolina Freightliner plant, putting 675 workers on the unemployment lines.

The financial sector is also shedding large numbers of jobs. GMAC Financial Services announced this week it will lay off 5,000 workers, while Wachovia Corp. has indicated that it intends to eliminate the jobs of some 7,000 of its employees. The official figures released Friday were substantially higher than those predicted by economists, who had projected only a 0.1 percent increase over Julys rate of 5.7 percent, with the loss of 75,000 jobs, rather than a 0.4 jump to 6.1 percent and the loss of 84,000 jobs. The decisive issue in the unemployment figures is the sustained character of the assault on jobs, with unemployment rising for eight months straightthe most protracted such trend in the last 25 years. The result is that 2.2 million more workers have joined the unemployment lines over the past year, for a total of 9.4 million officially counted as out of work.

These figures drastically underestimate the real crisis confronting working people in the US. An alternative measure provided by the Bureau of Labor Statistics, which includes so-called discouraged workersthose who have given up actively looking for workas well as those forced to eke out a living with part-time jobs because they are unable to get full-time work, rose by a tenth of a percentage point to account for fully 10.7 percent of the US workforce.

The latest report on the growth in unemployment elicited widespread acknowledgment that the US economy is gripped by recession. The economy has clearly slipped into a jobs recession because the housing meltdown and credit market turmoil has spread to the broader economy, Steven Wood, chief economist at Insight Economics, wrote after the new figures were released. Bank of America economist Peter Kretzmer, in a note to investors, wrote, The rapid rise in the unemployment rate points to a US recession, as such an increase has never occurred outside of one. The economist said that household surveys have produced data indicating that 1.75 million jobs have been wiped out since April alone.

William Poole, former president of the Federal Reserve Bank of St. Louis, told Bloomberg Television, It certainly increases the probability that we really are in a recession. It is a weak number, including the [June, July] revisions.

Fridays dismal unemployment and foreclosure figures came at the end of the worst week for the world financial markets since the aftermath of the terrorist attacks on New York City and Washington seven years ago. The Dow Jones Industrial average eked out a 32-point advance Friday after falling nearly 350 points, or 3 percent, the day beforethe worst losses in two months. The sell-off was attributed to the release of the initial projection of a 5.7 percent unemployment rate, combined with dismal retail sales figures and rampant rumors that a major hedge fund, Atticus Capital, with $14 billion in investments, was on the brink of collapse.

While the Atticus executives insisted that the rumors were false and that the fund had substantial cash reserves, the fears that major hedge funds will go under are well founded. Many of them had invested heavily in the commodity bubble, which has been rapidly deflating with the recent fall in oil and food prices. Asian stock markets, which fell every day this week, suffered sharp losses Friday, with the Hang Seng index in Hong Kong falling 2.2 percent, Tokyos Nikei down 2.75 percent, the Shanghai A-share market dropping 3.3 percent and Australias market down 2.1 percent. Similar percentage losses were recorded on all of the major European markets. Meanwhile, the manager of the worlds largest bond fund warned Friday that the US economy faced a financial tsunami unless the government intervenes to buy up assets being dumped by banks and finance houses. Unchecked, it can turn a campfire into a forest fire, a mild asset bear market into a destructive financial tsunami, Bill Gross of California-based Pacific Investment Management Co. wrote in a statement on the companys web site. If we are to prevent a continuing asset and debt liquidation of near historic proportions, we will require policies that open up the balance sheet of the US Treasury. Specifically, he called for the federal government to stem the foreclosure tide by issuing subsidized loans and buying up properties. Grosss statement reflects growing fears within financial circles that the worst of the credit crisis is still to come and could produce a catastrophic global collapse. In the face of the rapidly deepening economic crisis, the White House issued a sanguine statement that simply ignored the job losses and rise in foreclosures, pointing instead to earlier figures showing an increase in the gross domestic product. The level of growth demonstrates the resilience of the economy in the face of high energy prices, a weak housing market and difficulties in the financial markets, the White House said.

While this is obviously cold comfort to the millions forced onto the unemployment lines or facing the loss of their homes, the attempt by the candidates of the two major parties to turn the latest figures into political hay offered little more. Republican candidate John McCain acknowledged that Americans are hurting and we must act to create jobs. He vowed to enact a Jobs for America program, which appeared to involve little more than job training schemes, tax cuts for business and advocacy of free trade.

Democratic candidate Barack Obama issued a predictable statement accusing his rival McCain of preparing more of the same and continuing the Bush administrations tax cuts for the rich. He pledged instead to institute an exceedingly modest tax cut for middle-class families plus a $50 billion fund to aid state budgets.

There is no reason to believe such paltry promises will be realized. Even they were, they would prove entirely inadequate to stem the tide of layoffs or stabilize the crisis-ridden financial system. The Democratic Party is incapable of advancing any serious alternative to the policies of the Bush administration, tied as it is to the interests of Wall Street and corporate America.

WHAT WE NEED IS A THIRD PARTY, SOMEONE

LED BY SOMEONE RELENTLESS, fearless, STRONG, cagy, fast who the people love and who can FOLLOW THE PAPER TRAILS and GET BACK THE MONEY. EVERY CEO will turn over the loot. Sell his mansion, turn some more over. What supercop will come along to make the CEO do it? OBAMA?

Where is BATMAN when we need him? Hey, Adam, wanna go to an OCCUPY? 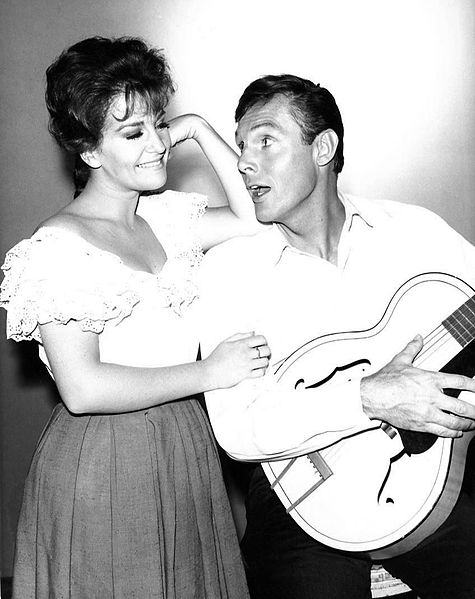 Sorry to report, Adam West is NOT like the real Batman. Not to worry. THE CAPED CRUSADER lives latent within each of us when we get our batmobile and cruise over to OCCUPY pickets and kick villain ass it'll COME OUT! WE TOO CAN BE SUPER HEROES!

The concept of the VIGILANTE ACTIVIST "Batman" should be held as a model of the PERFECT ACTIVIST that we ourselves could be.  ALL SUPER HEROES should be that to us. Gandhi, Schweitzer, Daniel Ellsberg, Carl Bernstein and Bob Woodward, Gary Webb, Michael Hastings (RIP those last two-- ) ALL inspiring MODELS. Do the researching, typing,  posting ONLINE and become the JOURNACTIVIST YOU were meant to be.

signed, your  Poster Gal, Anita Sands Hernandez who dated Adam West and walked away after a few minutes of necking on a Malibu beach....shocked at how shallow and self interested the guy was.  He was NOT going to TRANSMUTE into the masked, CAPED activist leader that America NEEDS but you MIGHT!


<==== BACK TO THE ENRONIZATION OF AMERICA WEBPAGE and THE FIX!   (a secret Portal to 1,001 seditious articles)

<==== BACK TO THE MELTDOWN and HOW TO SURVIVE IT WEBPAGE   (another secret Portal to 1,001 seditious articles)