USA: Homeless Families die by the hundred in frigid weather 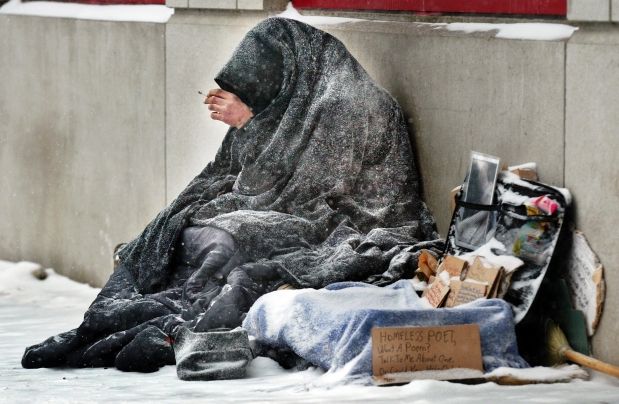 HER DYING INFANT ON HER LAP. WELFARE CUTS OFF AFTER ONE YR in CONNECTICUT

While the US news media has provided ample coverage of the near-record cold
wave, very little is being said this winter about the loss of lives and
suffering among those forced to live on the streets. The toll has been
particularly harsh during January, which has seen ice, snow and subfreezing
temperatures settle in over much of the eastern half of the country. The
severe weather has brutally exposed a deepening social crisis of poverty
and unemployment that has left record numbers homeless.

Homeless shelters from Maryland to Colorado and throughout the Northeast
have been filled to overflowing. In New York City, the homeless population
has set new records, with over 38,000 people seeking aid from the city. In
Kansas City, Missouri, the largest homeless shelter reported that it was
filled and attempting to collect extra mattresses on Saturday.

In Omaha, Nebraska, a homeless shelter administrator told KETV Channel 7
News that it was feeding as many as 1,000 homeless and poor people a night
as temperatures fell below zero. “Frankly, we’re maxed out,” said the
administrator, Candace Gregory. “When it’s this cold, they do come in off
the streets from living in their cars or under the bridge or in the
campground.”

An administrator at the homeless shelter in the town of Salisbury on the
eastern shore of Maryland told the local paper, the Daily Times, “We turn a
lot of people away—about 200 to 250 a month.” Of those denied shelter, he
added, 60 percent had come with their children. He attributed the
growth in the homeless population to recent layoffs at a Tyson Foods plant
and the shutdown of a Black & Decker factory.

Among those turned away and those who do not make it into the shelters,
there have been a mounting number of fatalities.

In Chicago, a homeless man became the eighth known victim of hypothermia in
the city since October. Pradeep Damera’s frozen body was found on January
22 on the Bank One Plaza downtown. The 33-year-old man had been reported
missing some two weeks earlier by relatives in the central Illinois city of
Bloomington.

Damera’s death follows on the heels of two others. On January 18, children
playing in the snow came upon a lifeless Raymond Greenwald, thought to be
in his forties, under a footbridge in River West Park. The next day, an
unidentified homeless man, estimated to be between 45 and 55, was found in
the stairwell of a West Belle Plain Avenue apartment building. An autopsy
determined the cause of death to be cold exposure and alcohol intoxication.

Further loss of life can be expected sooner rather than later, as
temperatures dove below zero degrees Fahrenheit across Chicago Friday
morning, the coldest temperatures in over four years there.

Along the East Coast, the bitter cold persists as well. New York City, for
instance, has seen the coldest January since 1977. On January 16, the
temperature plunged to 1 degree Fahrenheit, tying a 110-year-old record for
the date. There have been eight days so far this month when the mercury
fell into the single digits, with wind chills of 25 degrees below zero and
lower, creating conditions in which frostbite can set in on bare skin after
only 10 minutes.

Four homeless men are known to have frozen to death in New York City during
the last month. Other cases may simply have gone unreported.

Police divers pulled the body of the 23-year-old Miguel Flores, a homeless
immigrant from Honduras, out of an icy lake in Brooklyn’s Prospect Park on
January 24, six days after neighborhood dog-walkers had seen him fall
through. He presumably had been unable to read the warning signs posted
about the thin ice.

Nobody reported him missing from the nearby shelter where he had been
staying since December. Officials explain the lack of any report or search
by saying it is common for homeless people to miss their curfews. Flores
had lost all of his papers when his wallet was stolen. His body was
identified by a card bearing his name and the name of the shelter where he
was staying.

On January 16, an unidentified man was found frozen in the Van Cortland
Village section of the Bronx. A few days earlier, a homeless New York man
died after starting a fire in a vacant Brooklyn warehouse to keep warm. The
fire ended up killing him when it got out of control.

On January 11, another homeless man was found dead in an outdoor encampment
built under a Bronx expressway that about a dozen people called home. Two
days after that, Mayor Michael Bloomberg ordered the encampment torn down,
saying at a press conference that the outdoors was no place to sleep.

Bloomberg’s concern is not for the homeless people themselves, a number of
whom refuse to be relegated to the city’s overburdened and underfunded
shelter system. Rather, he is concerned about the image presented of a city
run by billionaires like himself teeming with the poor and homeless.

PLUG HEATER IN, YOU ALSO DIE. In a separate incident, a woman died when her attempts to fight off the
cold with a space heater and candles set her New York City apartment
ablaze. Similarly, in Baltimore, a woman died of carbon monoxide poisoning
from improperly vented space heaters that were being used to fight the
cold.

Calls to a special city hotline for complaints about New York City
apartments lacking heat and hot water reached a record of more than 5,000 a
day during the recent cold wave. In response, the city has provided “tips”
for residents on how to live without heat.

In Philadelphia, Pennsylvania, the body of an unidentified man in his
forties was found on January 17 near railroad tracks in the city’s Fairhill
section. His body temperature was measured at 67 degrees. The low
temperature that morning was 7 degrees Fahrenheit.

There have been three other victims of hypothermia in Philadelphia in
January, all found dead in unheated homes.

The Bush administration has pushed through sharp cuts in federal funding
for a program that provides assistance to low-income households in paying
heating bills.

Death from exposure is not a phenomenon limited to the Northeast and
Midwest. In December, a man known as Rick died outdoors in downtown Denver,
Colorado, on a night when the temperature fell to zero. He was estimated to
be 55 years old, and he had lived on the streets there for at least 10
years.

The man’s death triggered a demand for more shelter beds, which one
advocate pointed out were fewer today than 10 years ago, even though the
number of Denver’s homeless people has risen from 1,985 in 1990 to 9,725 in
2003, according to a study by the Denver Homeless Planning Group.

Last week, the Denver City Commission approved a plan to create a “tent
city” to house the homeless on a “temporary” basis. Portland, Oregon, and
Fort Lauderdale, Florida, already have set up tent cities, and Key West,
Florida, is reviewing a similar plan.

The erection of tents—promoted as “stopgap” measures to deal with the
emergency posed by homeless people being out on the streets—is a stark
admission of the failure of the profit system to provide for the basic need
for shelter. Far from being temporary, such tent cities will no doubt
become a permanent feature of life in American cities, as has the
phenomenon of widespread homelessness itself. As will bodies in the streets. 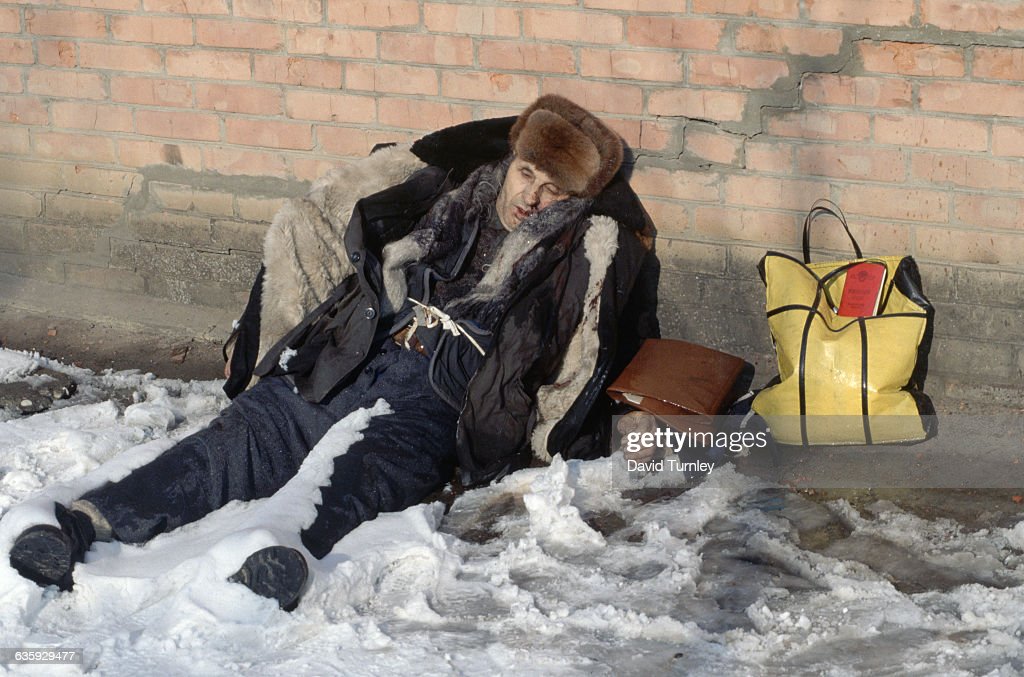 Our 'POSTER-BLOGGER' is ANITA SANDS HERNANDEZ, Los Angeles Writer, Researcher,  mother of 4 and career Astrologer. Catch up with her websites TRUTHS GOV WILL HIDE & NEVER TELL YOU, also The  FUTURE, WHAT'S COMIN' AT YA! FRUGAL LIFE STYLE TIPS,  HOW TO SURVIVE the COMING GREAT DEPRESSION, and Secrets of Nature, HOLISTIC, AFFORDABLE HEALING. Also ARTISANRY FOR EXPORT, EARN EUROS....* Anita is at astrology@earthlink.net ). Get a 15$ natal horoscope "my money/future life" reading now + copy horoscope as a Gif file graphic! No smarter, more accurate reading out there!