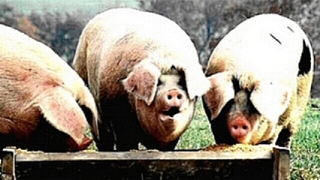 No doubt you're going to feel terrible about this. Top executives of Goldman Sachs, the
Wall Street powerhouse, are in a pout about how they're being treated by you and me --
i.e., the public.

These execs are used to being revered as financial geniuses, but having taken a $10 billion
bailout from us taxpayers last fall, they're now widely viewed as ... well, as welfare
recipients. Like other welfare checks, the big one that Washington doled out to Goldman
Sachs came with some strings attached, causing the chieftains to get all huffy. Especially
galling to these princes of privilege is the limit on salaries and bonuses that bailed out banks
are allowed to give to those in the executive suites.

Thus, Goldman recently threw a little hissy fit and haughtily declared that it will pay back
our $10 billion to get the blankety-blank government out of its private business. Bold
move! At last, Wall Streeters are reasserting their rugged, free-enterprise ethic, right?

What Goldman officials fail to mention is that they'll still be clinging to several other
lifeboats floated to them by those skinflint meanies in Washington. For example, when
insurance giant AIG was given some $200 billion last year to save it from total collapse,
$12 billion of it was actually a pass-through payment to Goldman Sachs. Best of all, this
quiet handout did not come with any of those nasty restrictions on executive pay -- so
Goldman is happily hanging onto this backdoor subsidy.

Then there's another $28 billion that was slipped to these hardy free-marketers in the form
of special low-interest loans guaranteed by the Federal Deposit Insurance Corp. -- a
subsidy that Goldman's chief financial officer concedes is vital to its survival. Far from
foregoing this government underwriting, the bankers say they expect to ask for $7 billion
more of it.

Additionally, Goldman has taken many more billions' worth of low-cost loans from Federal
Reserve funds. How many more billions? The Fed and the bank say this is "proprietary"
information, not for public disclosure, even though it is public money.

So, while these golden ones are loudly repudiating the $10 billion public subsidy they took
from us, they are coyly retaining at least 40 billion of our dollars to stay afloat -- a tidy sum
that does not include any restrictions on pay levels. Coincidentally, Goldman has since
announced that it is setting aside nearly $5 billion to be distributed at the end of the year as
compensation for its executives, including payments for outlandish bonuses for those at the
top.

Saying that such-and-such is the greediest bunch of bankers on Wall Street is like
someone claiming to have the biggest hairdo in Dallas -- the competition is fierce. But
that's quite a head of hair atop Goldman Sachs. Well, sniff the executives, we merely play
the game according to the rules we're given.

Sure, and the Mafia plays its game strictly according to Hoyle. The difference is that the
Mafia must actually break the rules, while Wall Street simply hires lobbyists and politicians
to write the rules.

Indeed, Goldman Sachs has been nicknamed "Government Sachs" by its rivals, for it
always seems to have at least one of its top officials strategically placed inside government
to bend federal financial rules to its benefit. In the 1990s, for example, two Goldman foxes
-- Robert Rubin and Larry Summers -- were inside the Clinton administration henhouse,
where they helped craft the deregulation scams that enriched their former banks, before
the scams caused the crash of our economy.

Following that crash, up stepped Hank Paulson, who had been Goldman's CEO before
George W. plucked him off the Street to run the very bailout that has now deposited so
much of our money in his bank. With Bush's demise, Hank is gone, but not Goldman. That
sly Goldman Fox from the Clinton years, Larry Summers, is back, this time in Barack
Obama's henhouse, where he's top economic advisor.

Not surprisingly, our gold keeps flowing to Goldman Sachs -- but don't expect the
bankers to be grateful to you.

To find out more about Jim Hightower, and read features by other Creators
Syndicate writers and cartoonists, visit the Creators Syndicate web page at
www.creators.com.

Jim Hightower is a national radio commentator, writer, public speaker, and author
of the new book, "Swim Against the Current: Even a Dead Fish Can Go With the
Flow." (Wiley, March 2008) He publishes the monthly "Hightower Lowdown,"
co-edited by Phillip Frazer.

<=== BACK TO THE VILLAINS IN THE PLANETARY MELTDOWN WEBPAGE and THE FIX INDX PAGE or HOW TO CURB THEM.