You want to write a non fiction book it helps to have a clinical professional in the shotgun seat. Hit groups til you find someone with a clue, an idea in their head and offer to drive the bus, they just gotta sit there with their shingle.

Next, theme-wise, you have to parachute into a wild, untrammeled jungle, go where nobody has gone before. Where no other writer can go. That means you have to investigate every single weird sob story that God in his immense wisdom put near you.  That grandchild that was paralyzed by and left near brain dead from a smack in the head from an incompetent psycho babysitter? The young couple that hired Nanny De Sade needed both Mom and Dad employed to pay rent in a l bdrm apartment, so "the Economy made them do it." A terrific angle for a best-seller that you write like an expose. Once you find one case, you can track down others through Craigs list.

You may say to me that there are proefssional writers out there with regular sales at Cosmo And Vanity fair but  a lot of those writers are busy writing up Bernie Madoff. They could do that book but they won't. Also, their ego is so big they would never share a credit with a  shingle-bearing shrink in the passenger seat, an eminence of a partner author, even if they never write a word, (cuz they're busy doing 150$ hour 'psychic readings' on their mismashed clients).

So you will write the partnership contract you want. Maybe you can get shrinko to sign to take 10% for the use of his/her name. Next you gott ado 100% of the work. And as you're a civilian, you have to do twice the research as you're not an official, accredited,  loony-ville professional. But trust me, somewhere betwen the Wretched Economy and Family and personal dysfunction in the Adlerian sense ---is where you wanna aim your parachute.

Those romance "how to" books are a dime a dozen and they're bad-karma krap. Most are written by amateurs, like "He's Just  Not that into you," The writer from Sex and the City. A guy.  Hit library, read a copy, he made millions. Such bad karma we should all have. (sigh.)

The classic in this area is "WOMEN WHO LOVE TOO MUCH". by Robin Norwood. Read it. Ask librarian or book clerk for more titles on books on love, and then ask the clerk for books on FAMILY DYSFUNCTION, BENT KIDS, PSYCHOLOGY. And read a LOT OF  BERGLER.

There aren't a lot of mind dysfunction books in the marketplace as everybody wants to eat the frosting, they don't want plain cake. They don't want to raise a sane healthy family; they want to bone up on nailing a sweetie, study FUN. (i.e. Romance how to's.)  and that's why a much needed book might be titled: THE ADDICTION TO FAMILY DYSFUNCTION -- THE WAY OUT." As you're no PH.D., find a local shrink and put her name on it with your own, as she has the shingle. This kind of deep psych book requires a shingle. You gotta get a deal, you do the book she only edits and/or rewrites, she gets only 20%. you basically pretend to be a writing partner ghost writer but you get your name under hers. She may haggle for more money, but you say, the work is on my end, the fame is on yours, the book tour is on yours. Your next book may be all you, but this one that makes you famous is by me.

NOBODY has done this FAMILY DYSFUNCTION book in the "how to" category in the non fiction way. "ORDINARY PEOPLE" was the novel form of it. Read that one or screen the film. 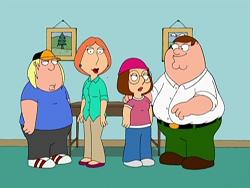 Shhh. Dad is trying to get over his Oedipal Shut Down
ICK, DAD? I wish you wouldn't!

. When you do your family dysfunction book, you and the shrink have to drum up new words. Just as a sample kit I lend you the concepts of Blemish, Jeopardized, and a few more I gathered here. Reason: because a best seller needs to move into new terrain. new concepts and that requires new words to describe the concepts, new buzz words for the English speaking world to grab onto like the rungs of a ladder that carry them up evolutionary wise. Bergler used to do that with his books, contribute concepts into the vernacular. My favorite was "COLLECTING INJUSTICES." Love that whole syndrome.

So, "HOW TO CURE FAMILY DYSFUNCTION"

CHAPTER  I. THE BLEMISH. Cause of all problems. An infant gets a blemish.
Perceived by parent and by child alike. A blemish might be, he locked cat
in fridge and it died. He was an infant, what did he know? But from that
point forward, that kid has a blemish in the eyes of the parent. Or, as a
toddler, he socked the infant, caused infant to fall from baby chair.
screams but no death. (IF DEATH, that kid is so so so blemished.)

CHAP II. Hand in hand with the blemish is the GUILT. The child feels guilt.
He senses his own blemish. He decides that he is unworthy. The blemish and
guilt track are laid when a  child does something 'sinful.' Parents 'catch' a kid, in something
squalid. like dealing dope, early sex, flunking football, or they find the girls' diary, read her English
paper or story which depicts them as horrid, something, family secrets. Catching a
kid in something horrid is the way to lay  a permanent blemish. The CHINESE call this
losing face. They will never knowingly make anyone lose face as that
relationship is dead in the water from that pt on.

CHAP III. CONTROL ISSUES between family members. Either parent can
ecome the tyrant, suppressive, rule-enforcer. Say Dad is a control freak, fairly normal
macho trait, so what, but Mom is rebellious and even a maverick on a subtle
level, (passive aggression,) and is always trying to escape his perameters,
his rules. I knew a couple, he was vegan, she tried, but she'd sneak over
to the posh FARMERS' MARKT and get veal piccata for her, the infant and the
dog! All three of whom were supposed to be vegans. She had huge covert
aggression. Divorce followed and he suffered for years after. He didn't figure
it out, did same to his new galpal. she left after a year and he went on grieving.

Another case, a billionaire married my pal Lindsay; she used her plastic to do
l0k daily, every day. I know, what she finally couldn't stand looking at
she mailed to me.

CONTROL ISSUES can show up with a woman trying to RULE a man too. But most
often they show up with parents trying to run kids with lead fences. And
they show up with an INLAW who has an inside track. Ferinstance, the gal
who marries an old world greek, she becomes his vassal. The mother in law
gets the girl and the grandkids. THE MOTHER's mother gets bupkis. The
sadistic mother in law can totally rule a clan. The victim is the other
mother in law. who can barely see her grandchild. that one gets ugly.

How to give up the need to control  THERAPY. Yoga. Quit stimulant beverages.

CHAP IV. FAVORITES. Parent indulges last kid. Earlier kids steam with
jealousy. REMEDY is NOT to add another kid as the infant always gets the
ooohs and ahhhs. REMEDY is quality time with each older kid which modern
technocrat country parents don't have.

Effort by parent to adopt the least favorite child. Take them fun places, teach them all you know
THERAPY BY parent. Child has a blemish, some unworthiness in parent's eyes.

CHAP V. OEDIPAL SHUT DOWN - Father feels unconscious blocks and cannot freely adore his
daughter particularly after age 7. This man needs therapy! The daughter will grow up tolerating
huge distance not only in her love choices but with her men.

CHAP VI. JEOPARADIZED PARENT. JEOPARDIZED CHILD. Someone feels jeopardy in
any of the above situations. That they have to manufacture an artificial self to achieve love or
they're gonna be dumped. Who feels jeopardy? The person who is somewhat excluded by
a very overly busy parent or mate. The insincere self  will show up pushing to 'get love.'
And then that person becomes a double down bore.

CHAP VII. Competitive children. Jeopardized kids become competitive, this
isn't an asset when it comes to making it in the world if there is a huge
amt of emot. insecurity. Who feels excluded?

CHAP VIII. Sibling Subtrefuge, lateral attacks from other siblings. - My
own sister absolutely ruined my life. It took her 60 years but she did it.
Changed everything in about one minute of talk. People warned me all my
life, your sister hates you. they saw it. naturally she hid it from me. My
fault for not ever fixing the event, the primal event, age 4 and 2, which i
remember and needed to apologize for. i toldher I'd tell Daddy the 'dirty'
remark she made about his privates. She was THREE maybe! Sixty
years of hatred and she finally sunk a hoop ball that killed me.

CHAP X.  QUARRELING PARENTS, RECRIMINATIONS in front of the kids 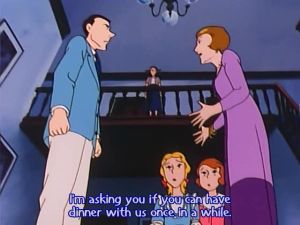 This can be sorted out with notes and lists. Hand mate the 'need from you' list and ask
them to write back or email you as you don't want kids to get a sense of dysfunction.

I would gauge it would take you a few months of doing a online ADVICE column on these
concepts, even finding, launching your buzz words first in articles, and getting people's first
case stories when they write you. Save the email from them as publisher requires
proof in the wake of all those cheating authors/ reporters at NY Times, Oprah. etc.