DEATH BY OLIGARCH by CHRIS HEDGES 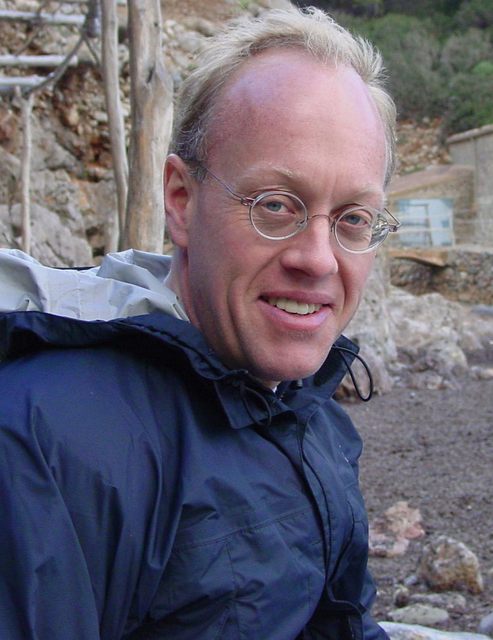 Oligarchs are blinded by hubris, wealth and power. Their cloying sense of entitlement sees them outraged by even the most tepid reforms or mildest of criticisms. They lack empathy and compassion, along with remorse or guilt, for what is done to those outside of their tiny, elitist circles. Privilege does strange and unpleasant things to human beings. I saw these distortions among my rich classmates as a scholarship student at prep school and at Harvard University, an institution designed, like all elite schools, to perpetuate the plutocracy. Living in privilege spawns callousness, even cruelty, to those less fortunate and feeds a bottomless greed.

The repugnant characteristics of the rich are skillfully masked by armies of lawyers and publicists, a servile and intimidated press, good manners and the fig leaf of philanthropy. Jeff Bezos, Jamie Dimon, Bill Gates, Jimmy Wales, Peter Thiel, John Mackey and the late Steve Jobs and David Koch—whatever their carefully packaged public image—champion or championed economic and social models that are designed to create a new form of serfdom for the working class and further consolidate the concentration of wealth and power into the hands of the oligarchs. When a society falls into the death grip of an oligarchic class, the result is always catastrophic.

Oligarchs, because they live insulated lives surrounded by obsequious courtiers that cater to their bottomless narcissism and hedonism, wield power based on fantasy. They propagate ruling ideologies, such as neoliberalism and the intellectually and morally bankrupt writings of Ayn Rand, which are not economically rational but justify their privilege. Their mantra, first uttered by a notorious serial killer and enthusiastically embraced by Rand, is: “What Is Good for Me Is Right.” All our institutions—the press, the courts, legislative bodies, the executive branch and academia—have been perverted to serve the oligarch’s narrow, selfish interests while an oppressed citizenry, struggling to survive, is seething with mounting rage and frustration. The corporate coup orchestrated by the ruling oligarchs over the past few decades gave us Donald Trump. If this coup is not reversed, far worse will follow.

The oligarchs are the last to understand the consequences of their moral depravity. The political reformers, such as Bernie Sanders or Elizabeth Warren, who could save the system from self-destruction are demonized in the same way the Russian oligarchs demonized Alexander Kerensky, the socialist revolutionaries and Mensheviks, paving the way for the tyrannical Bolsheviks under Vladimir Lenin. When the end comes, and the end will come, most probably in our case with a tyranny imposed by Christian fascists, the oligarchs will be blissfully unaware, gorging themselves at their palatial estates or on their mega yachts like the clueless French or Russian aristocrats on the eve of their revolutions.

“We are in the midst of a major global, political, economic, social and cultural transition—but we don’t know which way we’re headed,” writes Lisa Duggan in “Mean Girl: Ayn Rand and the Culture of Greed.” “The incoherence of the Trump administration is symptomatic of the confusion as politicians and business elites jockey with the Breitbart alt-right forces while conservative evangelicals pull the strings. The unifying threads are meanness and greed, and the spirit of the whole hodgepodge is Ayn Rand.”

This spirit of meanness corrupts the far right and the far left. It defines the Christian fascists and the alt-right as it defines many in antifa and the black bloc, although unlike their fascist opponents the far left in the United States is a marginal, poorly organized, ideologically bankrupt and ineffectual political force. As societies polarize, the attempts by reformers and moderates such as Sanders and Warren to halt the disorder, defuse the mounting hatreds and antagonisms that are increasingly expressed through violence and salvage democratic norms prove fruitless. The oligarchs do not respond to their appeals and eventually the disenfranchised lose patience with the impotence of the moderates.

The oligarchs, who spent $1 billion in 2016 to deny Sanders the Democratic Party nomination and try to put Hillary Clinton in the White House, learned nothing from the debacle. If they can’t shove Joe Biden down our throats, how about Pete Buttigieg or Michael Bloomberg? And should Warren or Sanders miraculously become the Democratic candidate, which the oligarchs are working hard to prevent, they will reluctantly back Trump. Trump may be vulgar, corrupt and inept, he may have turned the United States into an international pariah, but he slavishly serves the financial interests of the oligarchs.

No battle to accrue profit is too small for oligarchs. The election for City Council in Seattle saw Bezos, the world’s richest man, spend $1.5 million to flip the council to serve his business interests. Bezos was incensed by a council decision last year to tax Amazon, which in 2018 paid no federal income tax, and other businesses to help provide housing for the city’s 11,000 homeless. Amazon got the city’s tax repealed within a month. Bezos in this election targeted his nemesis, the socialist City Councilwoman Kshama Sawant, who thankfully was re-elected, and pushed a slate of pro-business candidates for the council. Bezos failed, this time, to seize control of the council. No doubt, the next round of elections will see him triple or quadruple his investment. The 2016 elections had a price tag of $6.5 billion, but as Hamilton Nolan points out in the Guardian, “for a group that exercises total control over a federal budget of more than $4 trillion, that’s a real bargain.”

Oligarchs, freed from outside oversight and regulation, wantonly pillage the political and economic institutions that sustain them. They run up huge government deficits by slashing taxes on the rich. This forces an underfunded government to borrow from the banks, further enriching the oligarchs, and impose punishing austerity programs on the public. They privatize traditional government services, including utilities, intelligence gathering, large parts of the military, the police, the prison system and schools to make billions in profits. They create complex financial mechanisms that ensure usurious interest rates on mortgages, personal and student loans. They legalize accounting fraud and suppress wages to keep the public trapped in a crippling debt peonage. They loot trillions in taxpayer money when their speculative bubbles burst.

They are no longer capitalists, if we define capitalists as those who make money from the means of production. They are a criminal class of financial speculators that rewrite the laws to steal from everyone, including their own shareholders. They are parasites that feed off the carcass of industrial capitalism. They produce nothing. They make nothing. They manipulate money. And this gaming of the system and seizure of political power by finance capital is why the wealthiest 1% of America’s families control 40% of the nation’s wealth.

Dimon, the chief executive of JPMorgan Chase with an estimated worth of $1.4 billion, is the poster child for corporate greed and criminality. He directed JPMorgan Chase to underwrite fraudulent securities in the years leading up to the 2008 financial crash. He overcharged members of the military on mortgages and mortgage refinancing transactions. He overcharged customers for overdraft fees. He manipulated bidding on California and Midwest electricity markets. He overcharged homeowners for flood insurance. He billed customers for nonexistent credit card monitoring services. He charged minorities higher rates and fees on mortgages than those paid by white borrowers. He failed to pay overtime to company workers.  Yes, JPMorgan Chase had to pay more fines than any other financial institution in the country, but the profits more than offset its fraudulent and criminal activity.

It is Dimon, along with fellow oligarchs Gates and the billionaire investor Leon Cooperman, who has recently led the attack on Warren. Dimon chastised her for her “wealth tax” plan and for allegedly vilifying “successful people.” Cooperman accused Warren of seeking to wreck the American dream. Gates also denounced her wealth tax plan, although if he did have to pay the tax, he would still be worth $6 billion. When questioned, Gates refused to say whether, if Warren becomes the Democratic nominee, he would support Trump.

Greed is bottomless. It is the disease of the rich. The more the oligarchs accumulate the more they want. This is the dark side of human nature. It has always been with us. All societies are plagued by social inequality, but when those on the bottom and in the middle of the social pyramid lose their voice and agency, when the society exists only to serve the greed of the rich, when income inequality reaches the levels it has reached in the United States, the social fabric is torn apart and the society destroys itself. Aristotle warned about the danger of oligarchies nearly 2,500 years ago. We stand on the cusp of social and political disintegration, bequeathed to us by oligarchs who have seized total power. The ruling oligarchs will stymie all attempts at reform. This makes a crisis inevitable. Once we enter this crisis, the oligarchs will become the most potent enablers of despotism.

TRUTH ABOUT EBOLA:  INCUBATION PERIOD is around 42 days!
GIVES a sick person weeks to infect OTHERS

(NaturalNews) A jaw-dropping report released by the World
Health Organization on October 14, 2014 reveals that 1 in 20 Ebola
infections has an incubation period longer than the 21 days which
has been repeatedly claimed by the U.S. Centers for Disease
Control.

This may be the single most important -- and blatantly honest --
research report released by any official body since the beginning of
the Ebola outbreak. The WHO's "Ebola situation assessment"
report, found here, explains that only 95% of Ebola infections
experience incubation within the widely-reported 21-day period.

A quote from the WHO report:

" Recent studies conducted in West Africa have demonstrated that
95% of confirmed cases have an incubation period in the range of
1 to 21 days; 98% have an incubation period that falls within the 1
to 42 day interval. WHO is therefore confident that detection of no
new cases, with active surveillance in place, throughout this 42-day
period means that an Ebola outbreak is indeed over. "

<-----BACK TO WHO IS RESPONSIBLE FOR THE COLLAPSE OF THE ECONOMY  and what new LAWS do we need?

<=== SHOW US HOW TO FIX AMERICA WITHOUT BERNIE or LENIN AROUND, an INDEX PAGE

<=== BACK TO THE FUTURE INDEX PAGE, know what's COMIN AT YA


<=== PORTAL to 7,000 FREE CLASSROOMS, REPUBLISH ALL OR ANY, ATTRACT AD REVENUE to your site

<===BACK TO THE ACTIVIST'S RECIPE BOOK for a UTOPIAN USA

<=== BACK TO THE CONSPIRACY INDEX, "JERRY's REFRIGERATOR" & Foil Hat archive of CONSPIRACY THEORIES

<==== BACK TO THE ARCHIVE of 7,000 free WEBINARS, FREE TO YOU to REPUBLISH, ATTRACT AD REVENUE to your SITE