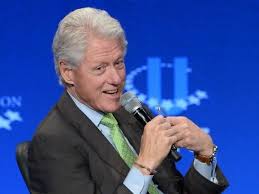 BYE BYE MISS AMERICAN PIE. DRIVE YOUR CHEVVIE TO THE LEVIE BUT YOUR FRIDGE IS QUITE DRY!

The PRESIDENT who took away the GLASS STEAGALL ACT that protected us from WALL STREET'S THIEVERY, giving you a MAJOR DEPRESSION JOBLESSNESS and home loss in 2008 -- killed WELFARE & FOOD STAMPS TOO. 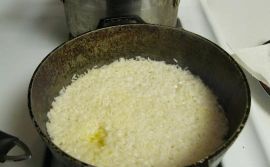 This is dinner for the four of us, kids. I'm sorry.

"When we tolerate what we know to be wrong--when we close our eyes and ears to the corrupt because we are too busy, or too frightened -- when we fail to speak up and speak out -- we strike a blow against freedom and decency and justice."-- Robert Francis Kennedy

"By far the most dangerous foe we have to fight is apathy -- indifference from whatever cause, not from a lack of knowledge, but from carelessness, from absorption in other pursuits, from a contempt bred of self satisfaction."-- William Osler

It is easy enough to tell the poor to accept their poverty as God's will when you yourself have warm clothes and plenty of food and medical care and a roof over your head and no worry about the rent. But if you want the POOR to believe you – try to share some of their poverty and see if you can accept it as God's will yourself!"-- Thomas Merton

It's time to kick the movement to overturn the” welfare reform” law into high gear. Aug. 22, 1996, President Bill Clinton signed the cruel law repealing the 60-year-old federal welfare system. Just like he abrogated FDR’s legal curb on Wall Street abuses. A few weeks later, Aug. 22 the cut-off of food stamps for millions of people happened and immediately, casualties among the poor, the jobless, and non-citizen immigrants began mounting. No one could afford heat. Deaths from freezing became common that winter.

Tufts University and Second Harvest, the nation's biggest emergency food provider, released a joint study calling the welfare law's food-stamp cuts “an unprecedented threat to the food security of poor Americans.” Put simply, people could starve. Or freeze or both. 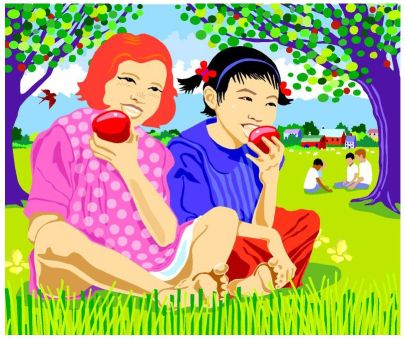 Feed us during our childhoods, we'll get Straight A's, go to college
and be employed adults paying taxes into the system. Please?

Under the law, legal immigrants previously receiving food stamps were cut off on leaving some 500,000 people hungry. In addition, about a million childless adults lost their food stamps for 33 out of every 36 months. New income-eligibility requirements robbed food stamps from an additional 10 percent of all U.S. households, where the coupons had enabled the working poor to feed themselves and their children.

The law's political thrust was aimed at welfare recipients-forcing them onto workfare to drive down wages and weaken unions. But most of the law's dollar cuts are in food stamps and related programs. Some $28 billion is being cut from food stamps.

The result, according to the Tufts study, is that some 24 billion pounds of food per year will be withdrawn from the poor; between 1997 and 2002. That is the equivalent of withholding three meals a day for a year from everyone in Texas.

Up until now, with the welfare law's gradual phase-in, the ruling class has for the most part dodged dramatic repercussions. Their grace period is now ending. The grim specter of hunger looms.

People must eat. The bosses and their servants in the government are in for a surprise if they expect poor people to submit quietly. The working-class and progressive movement must raise the cry: Overturn the welfare law! Food, income, union rights and health care for all!” (found online.)

POSTER Anita Sands Hernandez raised 4 children in L.A. Calif as a single mother SHE SAYS:  “SENIORS STARVE THESE DAYS. MEALS ON WHEELS? 8$ CASH for one dinner. FOOD STAMPS? THE SENIOR CANNOT QUALIFY.  YOU HAVE TO have under 500$ a month coming in, or BE LIVING ON THE STREET WITH NO MONEY TO GET FOOD STAMPS. MANY  HIPPIE ERA SENIORS TODAY do not have enough employment 'quarters' in their DROP OUT HIPPIE lifetime to get a decent Social Security check. I get 335$. TOO MUCH TO QUALIFY FOR FOOD. Those folklorico, dropped out rural 60's hippies today called Baby boomers, raised children as single mothers. They did not .. could not... work with all those babies as Daycare costs were high, THAT IS ABSOLUTELY NOT SUBSIDIZED  and for that reason, I myself stayed home to raise 4 children. Today at age 77, I get 340$ a month from Social Security .. so low because I had no work quarters. Heart and Diabetes problems finally (three turndowns,) got me an additional$280 disability check. Did you know that any senior who has disability stipend is NOT ALLOWED TO GET FOOD STAMPS? The combined amounts give me 620$ a month out of which I must pay rent and utilities. RENT MIND YOU! There is no money for food. MEALS on WHEELS wants 8$ a meal! I live miles from a market. I HAVE NO CAR. Senior ‘free ride’ a public program still costs the SENIOR  5$ to get to a market. 5$ to get back home. I AM NEARLY EIGHTY CANNOT WALK MORE THAN A FEW STEPS have no ride, no pals, who does at 80? NO FOOD. Now it's true if you Buy 50$ worth of food, markets send a van, but I buy food in 3$ increments. WALK TO MARKET? I am heart disabled, there's no way. I was gifted with a very old man’s bike but after ONE HEADLONG FALL I am afraid to use it. The two-mile ride is so exhausting I’m afraid I might die of a heart attack right there in the street. Once it pitched me forward over the handlebars and luckily I landed ARMS, FACE AND HANDS  in a hedge! (I carry full ID and relatives’ phone #’s.) But I have used bike and CATS STRETCHED CLAWS ON IT so it's flat tire now. So for me and MANY SENIORS there is no way to get the mile to a market. The nearest cheese giveaway is 6 miles off in Van Nuys. Twelve miles round trip. My grown children are no help as they all left California, out of sight out of mind. So whether you call the food stamp program Cal Fresh or EBT, I call it USELESS as there's none of it for this senior and many more like me who because of CURRENT RULES cannot get food stamps, meals on wheels or rides. And we will never tell our children about any of this so as not to worry them.

That might motivate you to “HELP A GERIATRIC” just a few inventive, fun, easy things to help out.

Our POSTER is ANITA SANDS HERNANDEZ, Los Angeles Writer, POST-er, Mother of 4 and career Astrologer. Catch up with her websites TRUTHS GOV WILL HIDE & NEVER TELL YOU, also The  FUTURE, WHAT'S COMIN' AT YA! FRUGAL LIFE STYLE TIPS,  HOW TO SURVIVE the COMING GREAT DEPRESSION, and Secrets of Nature, HOLISTIC, AFFORDABLE HEALING. Also ARTISANRY FOR EXPORT, EARN EUROS....* Anita is a FUTURE READER in more ways than ONE She can do your NATAL HOROSCOPE, FUTURE READING. Write her at astrology@earthlink.net ). Get a free natal horoscope "my money/future life/ mate/ sweetheart/ child destiny" reading now + copy horoscope as a Gif file graphic! No smarter, more accurate Destiny Reading out there!

<=== BACK TO THE PROPAGANDA TRIX GOV USES ON YOU, ARCHIVE