It is very odd, even ironic that Canada chooses to feature INDIANS as their hallmark and design motif
in the OLYMPICS OPENING ballet PAGEANT ceremony a few years back. If you've read your Canadian history, that's as if say the Olympics were held in Atlanta and we chose plantation slave girls being raped by white men and massahs enjoying whipping the bucks, festooned with lynch mobs and hangings & KKK cross
burning for a beautiful (!) Southern motif ballet.

England (who owned Canada) MADE LIFE A LIVING HELL for ALL the INDIANS there doing same thing they did in AUSTRALIA to aborigines -- For l00 yrs the Anglican church, England and Nuns & Priests showeed up at villages, stole Indian kids, at GUNPOINT, railroaded them far away, locked 'em in institutions where rape and beatings were the order of the day.

RESIDENTIAL SCHOOLS. TRAGEDY, GRIEF AND EVIL. It could be argued that priests enter the church as they hate their own pedophilia or homosexuality? And over the years they simply come to terms with it. And are deviants with ease. They seem to Do the same thing everywhere too. But in CANADA, pedophilia, homosexual rape was LEGAL in the sense it was ignored if it was an INDIAN CHILD. The PRISONERS had no health care, half died of death wish and illness, and grief, half went mad. half became sociopaths, grew up to be the huge DRUG population they have there. The other three halves just  died. And six halves of them WILL NEVER FORGET! And this was the choice for an opening night ballet ceremony?  They are proud of their INDIANS NOW??? EVOLUTION is so damn slow. That CANADA could do all this horror 'til the thirties or so, shows how far we've come today vis a vis treatment of aborigines, I GUESSS... but that some idiot could get this ballet okayed? Some retard, some committee said 'yes, let's do INDIANS.." and it got done?

I GUESS THE EMPIRE chose a funny way of clearing their possessions around the world of ABORIGINALS who just got in the way of 'Progress'. The British Crown had a century long policy of actual KIDNAPPING of aboriginal children both in AUSTRALIA and CANADA. Gunboats would appear at the villages, sheriffs would grab the CHILDREN, yank them from their parents' arms and lock them in 'residential schools' where priests raped and sodomized them  and some died of that -- and where psycho nuns beat the children bloody (and some to death, also), where no health care was given, where 60% died and the rest went mad. So look at the photo above with a grain of salt. The statistics do not lie. Secret Mass Graveyards are full of their bodies and activists are digging the remains up and confronting Canada with its policy of racist genocide. Think not? Scan this then come back: http://canadiangenocide.nativeweb.org/guatemalan_genocide.html

Residential Schools were worse than any orphanage that OLIVER TWIST ever knew. The element of a white race in control, one that hated the red ---was in play. When the children had been taught to be 'white' at age l8, they were dumped in cities to function as whites. Instead, they wandered, enraged, insane, suicidal, depressed and homeless. 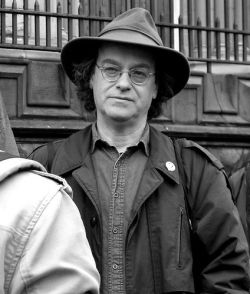 schools from his parish members. He began giving services specifically for the 'survivors' of these 'death camps' and got defrocked for his trouble. The church actually went one better and got Annett's wife to take their children and leave him. Annett could have stumbled and fallen but he decided to continue his work alone. He did a documentary film on the whole 'residential school period.'  including details like sodomy and rape by priests, murder by nuns. But he goes into many more crimes I didn't know about so google his name. See if you can find his Interview to the now defunct  HEYOKA MAGAZINE. Wonder if traces are still online, GOOGLE will tell you.

Such happenings seem improbable until you think back on the Spanish Inquisition, Pope Pius XII supporting Hitler in Genocide and a few other golden moments of the church. This episode is not surprising and not out of character. The reality is.... the church serves the pecuniary interests of the Crown. Any crown and is up for Auction at all times. You can order the film or see it online.

Four days ago, Californians heard this defrocked priest filmmaker on KPFK-FM radio. Wednesday nite is political nite on KPFK and it goes til dawn Thursday. (Roy Tuckman's great and very popular show). We were given a few stunning hrs of the ex priest/ filmmaker being interviewed and IT WAS SPELL BINDING. This kidnapping and residential school story was totally NEW TO ME. So I google and find another group.

http://www.afn.ca/ was an org started by a single, 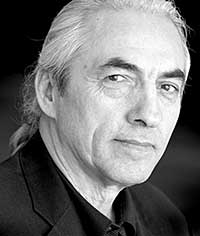 surviving Indian  Phil Fontaine. He leads the 'PAY US OFF" movement, got a 10k per kidnapped kid settlement but if you get the moola, you must sign 'I DO NO more lawsuits ever.' So some aren't signing. Most died and can't sign!

well worth a look.

You'd think that humans could not be so evil as to steal babies but this is just TYPICAL ENGLISH GENOCIDAL, RACIST stuff. They are the KING AND QUEEN of cruel colonizers of dark skinned races. Rent "GANDHI" and see how they shot their way thru India. Imagine nuns and priests watching 60% of the children die and give them no medical help, and imagine their stacking sick kids with well ones til they all got infected. Has a kind of SMALL POX infected BLANKET kind of tone to it. How US COLONISTS killed off entire tribes.Remember? You could MAKE a fabulous afternoon of FILM VIEWING for the youngsters --maybe two Saturdays in a row
so they don't get freaked. I think viewing these two movies would turn any child into an ACTIVIST for life. People get TURNED into activists with 'show and tell.' A very faint prod and bingo, their hair stands on end, and you have AWAKE kids thereafter. Then start the FAMILY ACTIVISM, using THE COUCH POTATO ACTIVIST'S METHOD.

Children exposed to the horrible truth of EMPIRE will make a 180 and become activists useful to the process of EVOLVING LIFE ON EARTH. "Forwarding the action" I  read horoscopes/ palms once for Carlos Castaneda. He said an old scary white haired geezer should show up one day and take your kids to the pediatric cancer ward, then to a morgue because kids basically are asleep. I think these two films are along the lines of what he was recommending. THE HIDDEN FROM HISTORY ORG (now defunct,) used to EXHIBIT the film ONLINE.But if you GOOGLE THE THEME of  CANADIAN RESIDENTIAL SCHOOLS + INDIANS you will find films, websites. It's something that children should see. Imagine being grabbed at your village, taken away and half the children died of starvation, cold, untreated illnesses. Those that survived became depressed drunks. They were destroyed. BUT IMAGINE  INDIAN parents losing their children to the DESPOT QUEEN and her insane policies.

Our POSTER is ANITA SANDS HERNANDEZ, Los Angeles Writer, mother of 4 and career Astrologer. Catch up with her websites  TRUTHS GOV WILL HIDE & NEVER TELL YOU, also The  FUTURE, WHAT'S COMIN' AT YA! FRUGAL LIFE STYLE TIPS,  HOW TO SURVIVE the COMING GREAT DEPRESSION, and Secrets of Nature, HOLISTIC, AFFORDABLE HEALING. Also ARTISANRY FOR EXPORT, EARN EUROS....* Anita is at astrology@earthlink.net ). Get a free natal horoscope "my money/future life" reading now + copy horoscope as a Gif file graphic! No smarter, more accurate career reading out there!

<=== BACK TO ENRON PLANET, the DOOMSDAY SCENARIO that connected, crooked CEOS DID AND DO!

<=== TAKE ME TO THE CLEAN THE HOUSE for FREE TUTORIAL

<== BACK TO THE CARE AND FEEDING OF THE ULTRA POOR, WEBSITE