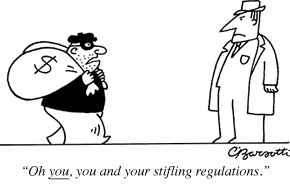 So Greece has a new prime minister  Lucas Papademos  and Italy looks
about to have a new one, too  Mario Monti. To which not just you and I
but damn near every Italian and Greek responds, Who?

Neither Papademos nor Monti has ever held elective office, or even run
for one. Neither has been a minister, sub-minister or even civil servant
in one of their nations ministries. Neither has developed, or sought to
develop, a public following from their careers as economic technicians,
chiefly on the European supra-national level. Yet each is about to lead
a major nation.

Papademos and Monti are something new under the sun: national leaders
elected by the markets. Imposed, not as pro-consels by foreign
occupiers, but by the European banking community, by the finance
ministers of the Eurozone powers  chiefly, Germany and France.
Each has an impressive resume and a good reputation with the centrist political
and economic elites of his own nation, but theres no reason why the
person on the street of Rome or Athens should know who the hell they are.

But imagine if the U.S. couldnt sell its Treasury notes (which has
never been a problem, lets be clear), and the IMF and Germany and China
got together and said that Barack Obama, Joe Biden, the Cabinet and the
Congress had to go. Imagine that they then designated as Obamas
successor, say, the guy who followed Tim Geithner as head of the New
York Fed (I dont even know who that is), or Robert Zoellick, the
American who heads the World Bank. Thats essentially what just happened
to Italy and Greece.

And the way this fits into democratic theory is  well, it doesnt fit
into democratic theory. Its closer to a coup without tanks. To be sure,
these are temporary coups until each nation holds new elections, but
Papademos and Monti are not supposed to be mere caretakers until the
real leaders arrive. To the contrary, theyre assuming power under
instruction from the markets  the markets that have seen Italys
financing costs rise and the value of stocks everywhere topple  to make
sweeping cuts in services and substantial hikes in taxes, cuts so
sweeping and hikes so substantial that no elected leader would dare make
them. Theyve been instructed by the markets, in essence, to lower the
living standards of their peoples.

Both Monti and Papademos look to be corporate liberal internationalists
of the kind that in the U.S. end up in the Treasury Department.
Papademos went to college and grad school at MIT and taught economics at
Columbia from the mid-70s to the mid-80s. He even served as senior
economist for the Federal Reserve Bank of Boston in 1980. Returning to
Greece in 1985 to work as chief economist of the Bank of Greece, he rose
to the post of the banks Governor; then served as Jean-Claude Trichets
chief deputy at the European Central Bank from 2002 to 2010, returning
again to Greece in 2010 to become an economic adviser to Prime Minister
George Papandreou.

Monti went to college in Italy, but completed his graduate studies in
economics at Yale, where he studied under James Tobin (which I suppose
increases the chances that he supports a financial transaction tax). He
was an economics professor and university administrator in Italy from
1970 through 1994, then was appointed to the European Commission, where
he was handed various economic portfolios, including those on financial
services and competition, in which capacity he initiated anti-monopoly
proceedings against Microsoft and led the investigation that culminated
in blocking the merger of General Electric and Honeywell. With Jacques
Delors and Daniel Cohn-Bendit, he has supported an initiative to deepen
the European Union, and he was the first chairman of Breugel, a
Brussels-based EU-oriented think tank. His bio on the European
Commissions website listed him as an adviser to Goldman Sachs, and its
downhill from there: A conspiracy theorists dream-come-true, Monti,
according to Wikipedia, is also the European chairman of the Trilateral
Commission and a member of the Bilderberg Group.

But theres nothing conspiratorial about what is happening in plain view
in Italy and Greece: Two economists have been imposed from on high to
make changes to the Italian and Greek economies  really, to fundamental
lifestyles of Italians and Greeks  that neither nation would be likely
to make through the normal democratic processes. Some of the changes
were likely about to see would probably come in any case, but surely
not all: Democracies tend not vote themselves into austerity-driven
penury. But Italy and Greece (the latter, need I note, the cradle of
democracy) arent really looking like democracies just now, or even
sovereign states.

So what do we call this? A coup? An occupation?  If nothing else, its
certainly a triumph of capitalism over democracy.

<==BACK TO THE GLOBAL ELITE. THEY OWN BANKS