THE MANIA OF BOOK COLLECTING
A WAY TO HUNT DOWN RARE BOOKS AND SELL THEM  - BIBLIOMANIA ! 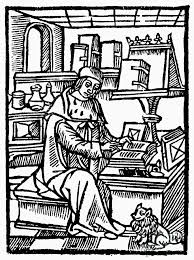 TRICKs of HOW TO BUY BOOKS INEXPENSIVELY, ONLINE, OFTEN A BUCK A BOOK!

HOW TO MAKE MONEY WITH USED BOOKS

TIPS on GETTING KIDS  TO READ: BUY a used copy of BARTLETT'S QUOTATIONS. It will make any child a genius.

THE PAYOFF - The really bright people on the Future Highway of Life will meet your KID and think: ' this kid is smart! What dialogue! What WIT! Amazingly well INFORMED. Good judgement. Literate! I want to KNOW HIM! (HER)! Hire/ him or her. THEY will GET RESPECT! They will make the connections, get the jobs. THE CONVERSE is also true- Your educated, cultured kids will shun morons, miscreants, criminals and dopers! They'll never volunteer for the military and will be in jail less often. Also, your grand kids will have a higher IQ!  There's TRICKLE DOWN!

SCREENWRITERs' INDEX - How absolutely ANYWHERE can crash HOLLYWOOD without GOING THERE

THE VALUE OF ELDERLY NEIGHBORS. We overlook our geriatric resource, our neighbors. TALK TO elderly people about what life was like back when. Blacks went through discrimination in the big cities. Jews went through it in Europe, during the war. Americans went thru the draft for three wars, and  RATIONING back in WWII.. And the FLU EPIDEMIC which started on a Kansas Military base and killed MILLIONS. See if your area's seniors remember any of that. Admit 'I don't know much, they don't teach this stuff in school. I'm going to start buying books, used books that are from that period. Leave it at that. If they say, 'what would you pay? I have books," go see them. SURF to pages on antiquarian book finders' resources just to see PRICES. ABEBOOKS has them at the HIGH END, so say you ask for COLLECTED WORKS OF DICKENS, it'll tell you 18thousand for a dozen volume 150 yr old collection! But you might find that set in a house in the slums with a widower selling his wife's stuff! FOR FIFTY BUCKS.

bibliomania In these later days I often hear this man or that sneered at because, forsooth, he collects books without knowing what the books are about. But for my part, I say that that man bids fair to be all right; he has made a proper start in the right direction, and the likelihood is that, other things being equal, he will eventually become a lover, as well as a buyer, of books. Indeed, I care not what the beginning is, so long as it be a beginning. There are different ways of reaching the goal. Some folk go horseback via the royal road, but very many others are compelled to adopt the more tedious processes, involving rocky pathways and torn shoon and sore feet.

bibliomania So subtle and so infectious is this grand passion that one is hardly aware of its presence before it has complete possession  and I have known instances of chums who, after having associated one evening with  me, and heard this MAGIC TIP have awakened the next morning filled with the incurable enthusiasm of bibliomania. .........How to get infected? The tip is THIS. Just buy a thrift store copy of "BARTLETT'S QUOTATIONS" a standard reference work, much esteemed for giving readers the FULL DOSE OF CULTURE from just a short reading session.

THAT EASY? Really? Yes. No longer do you need to wish your teens would read more, love books more, get Straight A's more. Fascination with books will hit any teen who has a Bartlett's. It will wind itself around his genetic material and he'll never be UN-CURIOUS again

My 4 children were always a little shocked at the sight of me lugging home books from garage sales, considered shelves of books unsightly, scary as they knew one day they'd inherit them. So they were problematic on many levels. They absolutely and resisted all efforts by me to gift them WITH these books --- if  reading them were expected  of 'em....and they truly make me wonder how many ways they can and will dump, destroy, burn, lose, trash my treasures the moment I am gone.

The trouble is, I didn't leave them alone at home enough long, boring DAYS IN A ROW to get them desperate enough  to read. And it wasn't until they were grown that I found my first copy of Bartlett's for a buck at a garage sale, started reading it and got BACK into the book jag of my earlier days.

But now I know: HOW does one get a kid addicted to reading? The greatest books will do the job. GOOGLE UP "BEST LISTS" pro bibliographies. Get the great children's books at library, every 3 weeks you get a stack. Get Bartlett's for teens. Ask me for a list for the young adults.

Back in the 1940's, I was always going through good children's books as my Mom, a triple Sagittarius, dragged me to the library every two weeks like clockwork. In the 1950's, I was often left at home with no parents to drive me places and all I had were my parents' bookshelves. Read everything in them. So don't say POOR ME. LUCKY ME! TV is lousy since GOOD WIFE went off? I have stacks of used books ready to be read, handpicked by me. And am Lucky enough to live near a family thrift shop where the Armenian owner prices books at a quarter, not 4$ for any & every paperback like GOOD WILL!

Another way to get kids to read is teach them to be BOOK DEALERS. Book Finders. You only need show them where there is a USED BOOK SHOP that has rare books so they can DEAL to the neighbors, a good lucrative route.

Then weekends they will join you hitting the garage sales. Don't let them overlook the geriatric resource,-- those elderly  neighbors. Most kids have nothing to say to a senior so teach your child to speak a senior's language.  To win them over with questions about the 'old days.' Every family had somebody in WWII. As a matter of fact, my father escaped GERMANY to go to college in Oxford then used his ANCHOR baby status to move to Hollywood,  he first worked scoring MGM films, then the GOV hot him. He worked at Lockheed in Burbank, building planes. Then back to MGM so he could afford to pull the family out of Europe. My grandpa left LEIPZIG, moved to Berlin and saw HITLER then in 33 he went to PARIS.  HITLER got there Summer 1940, then Grandpa and Granma FLED PARIS with STUKAS overhead gunning all the PARIS-escapers on the roads. They landed in Cassis in relatively safe Provence with for a  while, then anchor baby SON moved them to Manhattan in JAN  1941, then after the war, to Hollywood. FAMILY HISTORIES told to kids make READERS! MY PARENTS TOLD ME NOT ONE THING, not a fact ever. I had to MINE it with a JACKHAMMER from relatives 60 yrs later.

Have the grandparents tell the kids 'this was my family's story during WWII. Start buying books from seniors in your neighborhood. Folks who lived through the wars. Say "I don't know much about it myself, they don't teach this stuff in school. I'm going to start buying books, used books that are from that period." Leave it at that. If the senior says, 'What would you pay? I have old books," then, you and the kids go see their shelves. Seniors live on 1940's prices. A book for 75c is a book very well paid for. I once knew an old book buyer, in his twenties, rode a bike with a basket, answered ads at Craigs list, came on his bike. As he knew rare books and the value of first editions, he did alright. But back then there were BOOK DEALERS. Brick and Mortar rare book stores that would shell out hundreds for his finds.

Investigate if there are where you live Or if NYC or some other big LUXE city is near, if sales would be worth a car ride. Today on ANTIQUES ROADSHOW, a woman had THE HOBBIT, first edition, signed by author, dust cover immaculate. It was worth $150,000.

Anita Sands Hernandez can be reached at astrology at earthlink.net

<------ BACK TO THE SECRETS OUR GOV HIDES, POLITICAL STUFF

<----- BACK TO THE HOW TO MARRY A BILLIONAIRE INDEX

<------BACK to the MASTER JULES, Self made multi-millionaire shares METAPHYSICAL MIND-SET SECRETS

<===BACK TO THE WHY DOES AMERICA LOVE WAR WEBPAGE

<=== BACK TO HOW TO MAKE IT AS A SCREENWRITER in any city, not just HOLLYWOOD & NEW YORK


<====BACK TO THE  ENTIRE GUERILLA CAPITALISM SEMINAR

<==== BACK TO THE PORTAL to the 7,000 ARTICLES ON SURVIVING THE CRUNCH, REPUBLISH 'EM FREE; ATTRACT AD REVENUE