Lady Bird Johnson owned a lot of stock in Bell helicopter. BELL STAFFERS WERE PART OF THE ASSASSINATION OF JFK>
READ ON: This is a real missing puzzle piece for the JFK hit!

If we spread the puzzle pieces of the JFK hit out on the TABLE, one piece we KNOW is true is that the Texas corporation of BELL HELICOPTERS hired two JFK conspirators (The Paines,) who worked there and  had security clearances.  Another piece we're sure of as Howard Hunt told us so on his death bed, is that it was  LYNDON BAINES JOHNSON who hired CORD MEYER, CIA ASSASSIN MASTER to put together the JFK death squad. (Cord's wife Mary Meyer was JFK's mistress; BOBBY had her aced a few months later.) Then they got RFK and later Teddy and way later John Jr. Just as they'd sent JOE KENNEDY JR to his death riding a bomb to France as they knew he'd be run by Dad.

Today I see this third puzzle piece online, that LADY BIRD JOHNSON owned BELL,  and that puts the other two puzzle pieces (BELL Helicopters and the Paines, now are tied to LYNDON) into close contact. Two conspirators--  the exact two who handled OSWALD after he came back to the USA, --- worked for BELL.
Lyndon must have had loyal workers at Bell.

We still do not have a tie to the Planetary Banksters who had the real CUI BONUM motive to get rid of JFK.  His NEW LAW would have made the FEDERAL RESERVE go back to ENGLAND.

The BANKSTERS let JFK in and probably they thought that his being a sex addict on pain drugs would make him a weak, spaced out, fairly  useless prexy. Turned out JOE KENNEDY had primed the pump for forty years with info on the piss elegant, elite establishment (JOE was Ambassador to UK). JFK had the knowledge.

Also the emotional wake up , the painful shocking turn around when he left Jackie alone to give birth to a child that died as JFK had a hot date on the Mediterranean with a blonde. He was so racked with guilt that he tried to buy back his soul by MAKING THE FEDERAL RESERVE stop poaching on our continent.

The FED/ IMF/ internat'l Bankers set JFK up for a bullet and set OSWALD up for a one way trip to Patsyville.(See the FAB MOVIE THE PACKAGE, a jaw dropping film  with TOMMY LEE JONES for the exact scenario of the HIT on JFK. Billionaire Kluge funded the movie if they could conceal the real plot in this flick by making it a SNIPER SHOT on a RUSKI PREMIER. But reason was the same. SO THAT PEACE WOULDN'T BREAK OUT (Geneva Peace Conference was the real target.)

Lady Bird's ties to BELL were useful to LYNDON. Ruth Paine and her hubby worked there. They were this DEEP STATE Husband/ wife team in Secret intelligence with security clearances and they were Oswald's first handlers. When Marina and Lee first came from N.Orleans where Lee had worked for the group we saw in the FILM JFK, pretending to be pro-CUBA, building himself a legend... and that GROUP of spies (Navy Intelligence, Ed Asner played the operative,) moved him to Texas, -- RUTH Paine befriended Lee and Marina, got Lee employed at the BOOK DEPOSITORY overlooking the the future parade route, not soon before Nov 22nd, like a month earlier. SHE was a SCOUT FOR THE DEATH SQUADS. If she fingered you, you were DEAD. 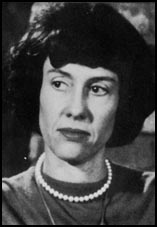 RUTH PAINE, PRESIDENT KILLER.
OSWALD'S HANDLER to MAKE HIM
INTO THE PERFECT PATSY.

Ruth met Lee and Marina at a party with Georges Morenschildt, the Nazi spy, though he worked for both camps, and he worked in the OIL INDUSTRY with BUSH SR.

I didn't know the internet had info on BELL and LADY BIRD. A pal told me: BELL? She owned it. No wonder LBJ retired a millionaire after a lifetime of guv service. What's interesting is that LBJ was the pointman for the ASSASSINATION of JFK. He was told to do it by someone HIGHER than the PRESIDENCY of the UNITED STATES.....the unproven final puzzle piece, the Banksters. LBJ USED BELL  and he used the INTELLIGENCE people inside BELL.

The 8F group of Texas gadzillionaires seems to have held all the conspirators. PAINE, Oswald, Allen Dulles, the full cast of Texas oil men, Morenschildt, everything about them is at http://spartacus-educational.com/JFKindex.htm

I note that an old date of mine, Ed Pauley Jr, was along for the hit, (taking over for his mega bill oil man father after dad's death.) The Pauleys were independent oilmen, there used to be gas stations all around the country with their  name on them. Twenty years later, someone murdered Ed Jr in his own Sta. Barbara pool. Maybe he was planning a book. This man left no traces except years of dating Hollywood Starlets. Photos of him with actresses litter the road. A really lousy google for any information on HIM. But Google his father, who paid to kill the first good, uppity, Irish president we ever had.

Our POSTER is ANITA SANDS HERNANDEZ, Los Angeles Writer, Researcher, Mother of 4 and career Astrologer. Catch up with her websites  TRUTHS GOV WILL HIDE & NEVER TELL YOU, also The  FUTURE, WHAT'S COMIN' AT YA! FRUGAL LIFE STYLE TIPS,  HOW TO SURVIVE the COMING GREAT DEPRESSION, and Secrets of Nature, HOLISTIC, AFFORDABLE HEALING. Also ARTISANRY FOR EXPORT, EARN EUROS....* Anita is at astrology@earthlink.net ). Get a 35$ natal horoscope "my money/future life" reading now + copy horoscope as a Gif file graphic! No smarter, more accurate career reading out there!

<=== BACK TO ALL POINTS OF THE COMPASS POLITICAL PHILOSOPHY TUTORIAL (5 min flat U learn it all!)

<==== BACK TO THE for SHOW BUSINESS  ARCHIVE, for writers, producers and video documentarians