"BANKSTERS BEHAVING BADLY"WAS A VERY WELL REHEARSED SHOW! Don't for a moment think they WINGED it.  The MELTDOWN didn't just OPEN on BROADWAY out of thin air...(that's actually where Wall Street is, at the very foot of what the first colonists called the Broad Way) The 2009 Meltdown did not open without plenty of run-throughs,  rehearsals and tryouts. Think back to earlier renditions of this ole story: the 1980's S&L crunch involved similar implosions and money vaporizing and in that case ARABS losing all their petrodollars. That one even featured identical Gov paybacks. Bankers are cautious at being dragged into CIA type games with legends and double books and scripts and felonies. They wanted to test it out, make sure a huge RIPOFF would work and see first hand that after they embezzled the deposits, the bank owners could actually milk some pity money out of the Gov.

Eureka! THEY COULD and DID! The poor little out-of-work chorus girl bankers whimpered and pouted and shure as *#!@+&  got 130 billion out of the government, and that was back when 130 Billion MEANT something!

I found this article online.  BY Nick Adama (it's gone now unless you can find it by googling name and some phrases here).

"For over two decades now, the banking system and financial investment companies have known that they can get away with looting the American people and foreigners throughout the world. Any time (every time) something goes wrong and the banks begin to lose money, typically after making obscenely unethical profits by partnering with governments, government steps in again to rescue the banks and prevent failure.

But every time that the government steps in to rescue banks from poor foreign or domestic investments, it is the people who pay for these mistakes while bankers learn how to improve their abilities to loot the taxpayer. Since at least the 1980s, banks have been practicing how to inflate bubbles, create malinvestment, take the easy profits, lose a little bit of money, and threaten to freeze credit markets until they are bailed out.

The Savings & Loan crisis of the mid to late 1980s was arguably a dress rehearsal for the subprime market crash. Typically, the failure of the S&L industry is attributed to the deregulation that began at the federal level and continued at various state levels. But the most important regulation increased; namely, the government insurance on deposited funds in thrifts was raised." (Also, it was done with ARAB PETRODOLLARS, so the banks could claim 'sorry, Mr. Saudi Man,  those damn banks made off with all your money, gone into the night. And they liked that phrase so well, that etherically or metaphysically, Bernie Madoff was born of it!) Hey, he might have been a handpuppet for the GIGGILLIONAIRES!

This ensured that depositors, both big and small, would be protected by the government if the S&L failed. Thus, thrifts began to expand rapidly using large deposits from Wall Street investment firms that they obtained through deposit brokers who promised large accounts for the highest interest rates they could obtain from the S&Ls.

Of course, this was an invitation to disaster, as financial firms only wanted the highest interest rates they could receive. Deposit brokers knew that the funds were federally insured and could put them into any thrift that would promise a high rate of return. What the S&L did with the money after that was the decision of the bank president and the directors.

Unfortunately, the decision often involved corruption, fraud, and sweetheart real estate deals (usually based on fraudulently appraised properties) that never were never developed. Small time criminals and even the Mafia became involved in numerous S&Ls, taking in brokered deposits in order to increase reserves, then making huge loans that were never paid back. If the mob was able to take over bank, it could raid it entirely (in a so-called "bust-out"); if not, it just took whatever was offered and then moved onto the next bank.

Once the thrift had been thoroughly looted, it was left to fail. The regulatory companies often stepped into the picture to declare the S&L insolvent, and then had to pay out on the insured deposits, costing the people hundreds of millions of dollars. Since the deposits were insured, the S&Ls were able to attract huge deposit accounts and then create fraudulent loans on these accounts, trusting that the feds would stick the people with the bills.

Although the small banks were allowed to fail in large numbers, the financial power centers that had initially gathered the large deposit accounts were quite protected by the federal government. They knew not to invest more than the highest insured amount in any one account, so virtually all of their money was recovered, even as they provided the easy money fuel that the criminals throughout the country used to loot the small banks.

Deregulation was not the root cause of the problem, although the S&L industry was deregulated in 1982 with the passage of the Garn-St. Germain Act. Insurance was increased from $40,000 per account to $100,000 per account, and the agency in charge of thrifts, the Federal Savings and Loan Insurance Corporation (FSLIC), was given the "full faith and credit of the U.S. government." Increasing existing regulations was the problem and it proved to be an invitation to mobsters and criminals to loot the industry.

The result of the so-called deregulation with a federal backstop against failure was that, by the end of 1988, just six years after the first legislation was passed, nearly 600 thrifts had gone out of business. Over 800 more were on life support by the feds, and the cost was estimated at $3,000-$5,000 per taxpayer over three decades.

With the current financial crisis, the blame is once again being given to deregulation of the credit market, allowing subprime mortgages to increase beyond any reasonable limit. But banks had learned from the S&L scandal and ensuing crises during the 1990s that large institutions would not be allowed to lose money, and they took advantage of this to begin pumping the housing market full of cheap money.

The Federal Reserve obliged by lowering interest rates and keeping them artificially low during the early 2000s, while Government Sponsored Enterprises like Fannie Mae and Freddie Mac bought up and guaranteed mortgage loans. Fraudulent appraisals and fly-by-night mortgage brokerages made a comeback and the subprime mortgage industry grew exponentially.

With house prices rising to stratospheric levels, it was doubtful that anyone with any reason or common sense left could not have predicted an end to the growth. Making money to people who had no jobs or money was never a viable business plan, but the large banks were able to generate fee after charge after commission by providing the money for these loans, buying them, securitizing them, and selling bonds.

When home values began to stagnate or fall, the subprime lending industry collapsed virtually overnight. But again, the feds would not allow the banking industry itself to feel the pain of well-earned failure, as it provided one new auction window after another and began injecting hundreds of billions of dollars into the banks.

Now the Congress has passed its latest $700 billion bailout and will be investing directly in banks. So far, this has not prevented every insolvent bank or financial institution from failing, but it has given the banks an incentive not to work with clients and victims to repair some of the poor loans, instead hoping for a larger federal bailout the more they are in trouble.

Homeowners get foreclosed on, while banks get to keep taxpayer money as well as the properties of former borrowers. There has been nothing to keep the banks from inflating another bubble and relying on federal insurance to bail them out, just as they did during the S&L crisis when government, the banks, and the mob worked together to take advantage of the FSLIC and pump and dump small thrifts.

In fact, the FDIC insurance limit has been more than doubled from $100,000 to $250,000 due to the bailout package. Although this may protect some clients from losses, most small clients of banks do not have any savings, let alone $100,000 or more. Raising the limit is another invitation to fraud, abuse, and scams designed to loot the federal insurance fund, and this is what will likely result from the bailout.

There is little that any new package of regulations can do to help repair the financial markets, but every new piece of legislation invites more criminals to exploit loopholes and grab a piece of the federal budget and insurance funds. The busting out of the S&L industry during the 1980s was repeated during the subprime mortgage crisis, and Congress is now doing everything in its power to inflate a similar bubble.

When the only regulation that remains is federal insurance against failure, then failure is invited and even encouraged. Raise the insurance limit and ensure even greater failures; invite even greater scams to exploit those limits.

Thus, is seems that only two possibilities exist to explain the actions of Congress in bailing out the banking system again. Either politicians do not learn even from recent history, and their ignorance requires their removal from office; or they are working with the scammers in banking and the criminal world to inflate these bubbles at the expense of the people, and their corruption requires their removal from office."

NOTE: This poster, ANITA SANDS HERNANDEZ, who found this article online, feels that the same powerful, oligarch criminals and their slave microbiologists concocted many flus in a row to practice how bad it would be with a new, engineered, Avian or  Swine Flu. The other famous really bad epidemics were Sars and Anthrax. They like to tryout crowd panic factors, combining propaganda with different degrees of contagiosity  like a string of  chorus girls practicing to get their high kicks in line. Controlling the hoipolloi is, after all,  a kind of show business. 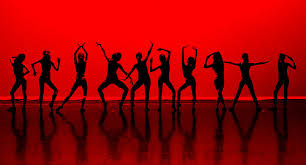 When we kick, the president gives us MONEY!

<===BACK TO THE MELTDOWN WEBPAGE