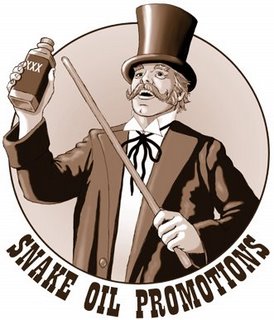 Financiers Should Make an Insanity Plea EVERY TIME THE D.A. TRIES TO LOCK ONE of 'em  UP

With Wall Street capital disappearing as fast as foreclosures are climbing, mortgage bankers are imploding and factories are moving to the third world, one foreign head of state had an epiphany. French President Nicholas Sarkozy advanced the idea recently that the global financial system is "out of its mind."REUTERS HAS STORY. To develop this theory further, I've reconstructed below some of the mileposts on our journey to this financial loony bin.

Exhibit One:  Commit-a-Felony-Get-a-Bonus Contract. Back in 2002, Mark Belnick, who had previously been one of the legal go-to guys for Wall Street as a rising star at corporate law firm Paul,Weiss, Rifkind, Wharton & Garrison, found himself transplanted as General Counsel at fraud-infested Tyco International. Mr. Belnick inked a retention agreement for himself and it was duly filed without fanfare at the top corporate cop's web site, the Securities and Exchange Commission (SEC). The agreement guaranteed Mr. Belnick a payment of at least $10.6 million should he commit a felony and be fired before October 2003.

Very prescient fellow, Mr. Belnick was indeed charged with a few felonies like grand larceny and securities fraud by the Manhattan District Attorney's office. Mr. Belnick was acquitted of those charges and the SEC let him off the hook for aiding and abetting federal violations of securities laws with a $100,000 penalty payment and a prohibition against serving as an officer or director of a public company for five years. Mr. Belnick agreed to the SEC settlement without admitting or denying the charges. Mr. Belnick did not lose his law license and continues to practice law.

While Mr. Belnick was drafting his "felony bonus" agreement with Tyco, he was also teaching a law course at Cornell on ethics. Today, his agreement is available at the FindLaw.com web site as a "sample business contract," raising the suspicion that we as a society have become desensitized to financial insanity.

On December 7, 2006, Wall Street was elated to learn that the U.S. Supreme Court had agreed to hear its case requesting that a no-law zone be drawn around its financial borders for acts of collusion and commercial bribery, such as those so well documented in the issuance of new stock offerings during the tech/dotcom bubble. Calling the matter an alleged "epic Wall Street conspiracy," the U.S Federal Court of Appeals for the Second Circuit had earlier turned down Wall Street for its requested grant of immunity.

The Wall Street firms and their legions of lawyers appealed to the Supreme Court, arguing that the SEC (which, by the way, has no criminal powers) should have sole authority to regulate it and, therefore, it should be immune from other U.S. laws governing collusion and commercial bribery. (Credit Suisse First Boston Ltd. v. Billings.)

On June 18, 2007, the Supreme Court issued its opinion giving Wall Street everything it wanted, concluding that the SEC was doing a good job. The Court wrote: "...there is here no question of the existence of appropriate regulatory authority, nor is there doubt as to whether the regulators have exercised that authority."

The sweeping ignorance of that statement is breathtaking. Whether it was Wall Street firms price fixing on NASDAQ for decades or the orchestrated rigging of the market for new stock issues in the late 90s or the current institutionalized system of credit fraud, the SEC always has its lens fogged until some college professors or investigative reporters publish a step by step playbook, disseminate it widely, and force the SEC to take action to save face.

Worse yet, when the SEC finally does take action, it imposes fines of millions for stealing billions, making crime one of the most productive profit centers on Wall Street.

This 2007 decision from the Supreme Court comes exactly 20 years and 10 days after the 1987 Supreme Court decision in Shearson/American Express Inc. v. McMahon. Under this ruling, Wall Street has been able to run a private justice system called mandatory arbitration to hear the cases of the investors or employees it defrauds (with the exception of class actions). The instruction manual for this private justice system explains that adherence to the law is not required; arbitration panel members, many on Wall Street's payroll, can just go with their gut.

In other words, the highest court in our land is telling Americans that the reward for serial lawlessness is immunity from the law.

Few Americans are aware that for at least 16 years big business and banks have been secretly taking out millions of life insurance policies on their rank and file workers and naming the corporation the beneficiary of the death benefit without the knowledge of the worker. The individual policies are frequently in the hundreds of thousands of dollars. If the employee leaves the company, no problem; big business is still allowed to collect the death benefit and they track the employee through the Social Security Administration to keep tabs on when they die. These policies are commonly known as "dead peasant" or "janitor" policies because they insure low-wage earners including janitors. Some of the largest corporations in America have been boosting their income statements by including cash buildup in the policies as well as receiving the death benefit tax free.

In 2003, the General Accountability Office (GAO) released a study with the startling findings that companies were taking out multiple policies on the same individual and that 3,209 banks and thrifts had current cash values in these policies totaling $56.3 Billion.

But instead of a congressional revolt against this revolting practice, it remained in place for at least 16 years after Congress first learned about it. Then along comes the worker-friendly sounding Pension Protection Act of 2006 submitted by our Congress and signed by the President. Buried deep within this massive document was the grandfathering of the millions of previously issued policies with a little tinkering at the edges of tax and reporting issues on newly issued policies.

Exhibit Four: They Keep the Money; You Get the Slogan

Around the time the stock market was in the process of losing $7 trillion of investor wealth in ill-conceived techs, dotcoms and telecoms, aided and abetted by Citigroup and its Wall Street cronies, I was driving on Charles Lindbergh Blvd. in Uniondale, Long Island when a bizarre billboard caught my eye. The giant billboard read:

He who dies with the most toys is still dead. Live Richly." Next to it the Citigroup logo: the word "Citi" and angelic red halo.) ?????? HUH?????? I had never worked on Madison Avenue but I knew a lot of ad folks and I was pretty sure advertisements typically involved children, pets or other warm and fuzzy things. Citigroup telling me to ponder my own death seemed, well, "out of its mind."

I knew there had to be more behind this campaign. According to Citigroup's web site, the "Live Richly" campaign was meant to communicate "that Citi is an advocate for a healthy approach to money. Citi is an active partner in achieving perspective, balance, and peace of mind in finances and in life for its customers."

The ad agency was Fallon Worldwide and it clearly had Citigroup confused with a social responsibility fund, not the firm that named its trades after its real motives like the "Dr. Evil" trade that disrupted the European bond markets or the "Black Hole" mechanism associated with the bankrupting of Italian dairy giant, Parmalat.

Here's a sampling of the insanity taking place inside Citigroup as they spent millions extolling the public to evolve as better human beings and, more subtly, pay no mind to the $7 trillion of investor wealth that's evaporating behind our curtain of kindness.

The memo was obtained as a Florida law firm attempted to get restitution for what Salomon Smith Barney clients were increasingly holding: worthless shares.

Cumulatively, all of these examples suggest that a strong argument could be made that unfettered greed finds its ultimate expression in systemic corruption which is frequently indistinguishable from insanity.

Please note just how much of this insanity can be placed at the doorstep of self-regulation.You will learn more, be very entertained reading MICHAEL LEWIS' LIAR'S POKER and the BIG SHORT. Brad Pitt thought so, produced and starred in the latter.

Pam Martens worked on Wall Street for 21 years; she has no securities position, long or short, in any company mentioned in this article.
She writes on public interest issues from New Hampshire.

<----- BACK TO THE POLITICAL PHILOSOPHIES WEBPAGE

<---- BACK TO THE COVERT OPS of the GOV, CIA, BANKERS, OLIGARCHS WEBPAGE

<==== BACK TO THE MELTDOWN WEBPAGE AND THE FIX WEBPAGE