THE PROBLEM of AGEISM IN HOLLYWOOD AND NEW YORK 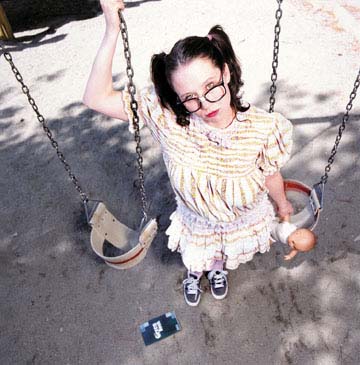 I GOT A SCRIPT MISTER. It's like a thriller? Wanna see it?

Rod Serling said it best. His Twilight Zone episode had Ann Blythe at the peak of her beauty (playing a 5000 year old witch,) but as a vintage movie star. The deal was, she'd lived so long that she'd once been Cleopatra. She tells the reporter character, "You have to stay young for this business."  I think at the end of the show he spills water on her and she turns into a dried fig. But Cleopatra was right. In this culture, we have some very bad prejudices against aging, especially in SCREENWRITING where there is some serious AGEISM going on. Young

Hollywood Studio execs are ALLERGIC to wrinkles, fat and gray hair. They want an elderly person for a flick, they hire the gorgeous GENA ROWLANDS. That's about as old as they'll ever go. And writers? You're over 25 you're finished unless you have credits.

SO there's a trick for elderly writer people. A.) you have to eat healthfoods, drink water & stay trim and very young looking to run around pitching and sell your writing. B.) If you're fat and saggy, stay anonymous and let your agent peddle your stuff, and stay away from story conferences. Or C.) if none of that's feasible, get your NEPHEW to look really chic and funky- writery and go in with your script! With a UNI SEX NOM DE PLUME Or send in sex itself, an 18 yr old girl!

Studio execs are also allergic to shabby clothing, but FUNKY is OK. Male writers are expected to be a little eccentric. However, if you want to invest, an Abercrombie Fitch Hemingway jacket, that always rings bells.

Can't have poor or junkie cars, either  and anything you carry around like wallet, hankie, shoes has to be better than good if you're seeking to sell your words. So borrow a Lexus, Caddie or Beamer. Carry your VISA plastic in a fine alligator wallet to take them out to lunch. And get Gucci shoes even if you have to go to a thrift store or Beverly Hills Garage sale!

ON the phone, be clever and fast, sassy. THE MERCHANTS of words want young, trendy thoughts, Thugs with no soul, basically. Can you fake that? Shouldn't be hard. it's DOWNWARD evolution. right? How hard is that?

Writer Edward Jay Epstein, author, political sharpie sez:The Starlet's Dilemma The Golden Ageism of Hollywood. "Everything's geared to 15-year-olds ... I have girlfriends who are 25 in L.A. who are lying about their age because people tell them they're too old. That's how pathetic it is."

In Hollywood, where a starlet's fame may be briefer than her high-school education, the effective career of an actress can be nasty, brutish, and short, or, in the lingo, "way harsh." "The opportunities for a pretty starlet in the romantic comedies, horror films, and the amusement-park films that are made for the Clearasil crowd tend to dry up when they hit 30," one of Hollywood's most insightful producer notes in an e-mail. "They have to start 'acting' as opposed to simply gracing the screen with their gorgeous presence and many of those starlets are just not equipped for this second step." Anti-aging camouflage, such as plastic surgery, Botox, collagen injections, and other elixirs may provide a brief respite, but eventually every actress comes up against the age stereotyping in Hollywood. Goldie Hawn famously described the prevailing attitude this way in The First Wives Club: "There are only three ages for women: Babe, District Attorney, and Driving Miss Daisy."

The glass ceiling in Hollywood is no secret. Some actresses succeed in breaking through, but they still find it a daunting challenge to escape Hollywood's requisites to satisfy the youth culture. Rosanna Arquette brilliantly demonstrates this point in her 2002 documentary Searching for Debra Winger, in which she interviews Meg Ryan, Holly Hunter, Charlotte Rampling, Sharon Stone, Whoopi Goldberg, Martha Plimpton, and a score of other actresses. Equally illuminating are Nancy Ellison's photographs in Starlets: Before They Were Famous that show gorgeously posed actresses who, having failed to make it beyond "the babe" stage, vanished from Hollywood. In the documentary, Plimpton succinctly describes the harsh casting process: "It's either, she's a starlet or she's an old hag." Such ageism on the part of studio executives proceeds not from malice, ignorance, or disdain for the performers, but from the studios' business model.

WHAT TO DO? CREATE AN AMBIGUOUS PROMO. Work with photos that are old. Mount them on a PROMO that's NEW. Spiffiest, modern design, done by a hip kid in Commercial Art Class at a college whom you find on school bulletin board.  Do not put year of birth or year of graduation on it. If you have to go into studio, send nephew. 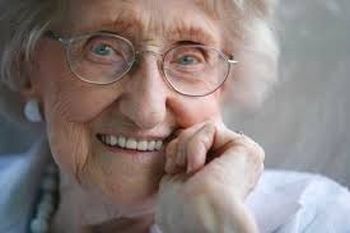 Hello, Mr Darryl Zanuck? OH Zanuck's not there anymore?
Well, how about his son, Richard? Oh, he's not
at Fox any more either? Well, who am I talking to?
Dick III?? Well, Dick Three, I AM YOUR WRITER.
I am Young, I am smart. My Script? It's a bio.
The life of Thomas Merton. The monk. (click!) Hello?

ANOTHER Study: Hollywood Ageism Persists When they first studied the age, gender, and ethnicity of writers working in Hollywood's television and film industries in 1985, Denise and Bill Bielby, professors of sociology at UC Santa Barbara, found the profession dominated by white males. Seventeen years later, little has changed, according to Bielbys' latest study, "Hollywood Dreams, Harsh Realities: Writing for Film and Television," published in the Fall/Winter 2002 edition of "Contexts," the magazine of the American Sociological Association. Despite efforts to dismantle discrimination, the situation has worsened, with middle-aged and senior white male writers joining women and minorities on the sidelines, watching white men under 40 get most of the jobs.

The Bielbys point out that these writers have recently taken their cause to court. Class action suits against 23 of the largest networks, studios, production companies, and talent agencies are scheduled to be heard in Los Angeles Superior Court. About 150 writers are plaintiffs. The cases have ramifications that extend beyond the parties involved, the Bielbys said. In the conclusion of their paper, they write: "The stakes are high, not just for fairness in employment, but also for whose stories get told to a global audience."

SO, you got an interesting looking nephew?

THE ACTIVIST should utilize the internet and become  a POSTER which is what ANITA SANDS HERNANDEZ, Los Angeles  Progressive, Mother of 4 and career Astrologer does. She researches info-full, 'telling' articles, posts them and POSTS them at her website then sends the URL out to her TWITTER friends, her FACEBOOK readers and to her extensive EMAIL lists, --to people who she's noted are thinkers, do-ers and are likely to pass the information on.  The themes? HOLISTIC HEALING without doctors, but also for CATS AND DOGS  ,  TRUTHS the GOV WILL HIDE & NEVER TELL YOU,  The  FUTURE, WHAT'S COMIN' AT YA! FRUGAL LIFE STYLE TIPS,  and ALL the things you'll need to do to SURVIVE the COMING GREAT DEPRESSION,  Also cottage industries galore, like ARTISANRY FOR EXPORT, EARN EUROS... (and more.. see the dozen themes below) Anita is at astrology@earthlink.net ). Get a 15$ natal horoscope "my money/future life" reading now + copy horoscope as a Gif file graphic! No smarter, more accurate DESTINY/ career AND LOVE reading out there!

<==== BACK TO THE SHOW BUSINESS ARCHIVE,  "HOLLYWOOD-BOUND SEMINAR"

<====HOW TO TINKER WITH OTHER PEOPLE's BRAINS for $ (TANTRUM YOGA, NO LICENSE REQ'D)

<===== BACK TO THE PHILOSOPHIC/ POLITICAL DIFFERENCES  INTERPRETED

<=== BACK TO "HOW TO MARRY A BILLIONAIRE" A 120 CLASSROOM SEMINAR for THE SUPER BEAUTY. How to GIVE UP JOCKS, HOTTIES & SAVE THE WORLD

<== BACK TO THE "HOW TO ACT IN, PRODUCE, WRITE AND SELL A MOVIE SCRIPT" WEBPAGE <== BACK TO THE PORTAL to 7,000 USEFUL SEMINARS, ALL FREE, REPUBLISH ALL ONLINE, ATTRACT AD REVENUE