THEY KILL GENIUSES DON'T THEY!

AARON SWARTZ IS DEAD. DRIVEN TO SUICIDAL DISTRESS caused by JSTOR, M.I.T and the Massachusetts Federal US STATES ATTORNEY, STEPHEN HEYMANN who killed another younger boy with another unmerited prosecution.  And his co-prosecutor, an old, ugly woman CARMEN ORTIZ 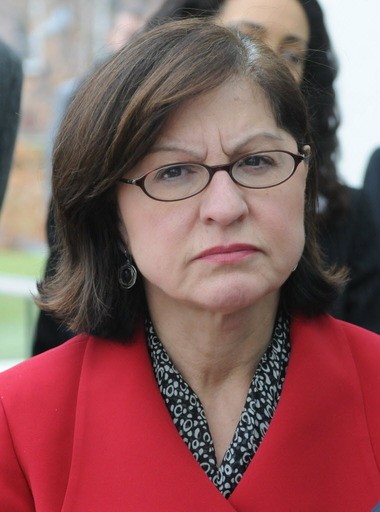 ===============>
M.I.T and JSTOR started the AUTO DA FE off. SWARTZ was burnt for two years on a stake in a Massachusetts Witch hunt, --prosecuted like a Rosenberg type spy by the FED in the wake of BRADLEY CHELSEA MANNING whistleblowing. This group of bums threatened Aaron with thirty years in jail and a million dollar fine for taking JSTOR's articles and putting them online free. JSTOR said in the wake of Aaron's death,  'we were stewards of information,' meaning they had to charge for it? That info was given them for free. WELL, apparently, the word 'FREE' isn't in the US CAPITALIST DICTIONARY even for STUDENTS! Look at college fees. ESPECIALLY FOR STUDENTS. A citizen has to protest EVERY INJUSTICE WITH A LETTER. I wrote JSTOR:. 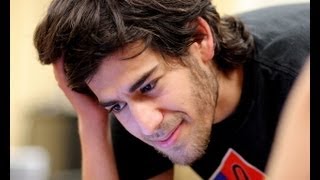 "Dear Stewards.  AARON IS still DEAD and you still have 1/4 of the blame. FIX IT! Give us all that PRICELESS INFORMATION THAT you put such a high PRICE on for free as God meant you to when He created the INTERNET.  We HEARD that you relented for a moment then reversed yourself on your "PAY TO READ OUR ARCHIVES" policy following Aaron Swartz's death, perhaps hearing his last wish was that society SHARE in free knowledge.

As the nightly news pointed out just now, that research & info was written by writers who DID NOT GET PAID, ACADEMICS funded by Tax dollars, so how can you DARE put CASH REGISTERS at the door? YES, THEY ARE STILL THERE!  Perhaps you're not in contact with your webmaster? You are STILL seeking FEES at your JSTOR SITE. These 4 MILLION articles should be read for free (when it's not a blueprint for an atom bomb.) THE INFO that you store there is a product of our citizen taxes paying for colleges! These are papers written pro bono FOR YOU by academics without compensation & should BE passed on for the edification of HUMANITY.And no American teen can afford a college anymore, so LET THERE BE JSTOR, GOD SAID.


Let me say it again. THREE days before Swartz' death you said 'oh gee, so sorry, maybe we should make it a freebie. BUT THIS after YOU WERE for 17 LONG horrific months the poor activist boy's mortal adversary. Were you after his REDDIT DOLLARS? He already gave them away! Then, repentent at the publicity you guy got, you announced that your shelves WOULD now BE FREE, and you were so sorry for being PART of his death, guilty of his SICK feeling when threatened by those 35 yrs of jail time and that million buck fine. Did you think you'd collect some of that fine money? Damages? You probably did and your Actions speak louder than your words. Your front page STILL reads "COUGH UP THE 'buckolas PLEASE, to cover our costs." Why not ask nicely for donations and leave it to our discretion, let us read anyway? You'd certainly GAIN GOOD WILL. Perhaps rich folks would leave you their ESTATES and you'd make more. STOP charging students at the door!

Can we point out that those roads you're taxing were built already? They were paid for by the income taxes from millions of us who come knocking and are turned away. WHY MAKE folks who want to READ YOUR ARTICLES PAY A SECOND TOLL, after all our IRS taxes given to public universities? Are you simply following in the noble paths of BOA, Wells Fargo, VW, AIG, WALL STREET & the IRS? American taxes paid for every byte of a word on your info storage site. We PAID for every idea loaded into your archives by thinkers. YOU ARE now acting like CERBERUS the Hound of Hell and you have turned your library into a PORTAL TO ANOTHER DIMENSION that is closed to true seekers. You've become an Hellish 'org that goes bump in the night' while honest seekers google around looking for KNOWLEDGE, you bite their hands.

The proof of your character is, it's so toxic that a few drops of YOU killed a smart, kindly, valiant REFORMER KID! And one before, when HEYMANN prosecuted another BOY GENIUS who also suicided from the prosecution.  May we remind you that at AGE 13 AARON went into the Temple of Harvard and preached to his elders? Head of Law School became his best friend? We saw him weeping on DEMOCRACY NOW tv news. You don't look so good, JSTOR: Today even your own subscribers are ON THE NEWS dissing YOU! Aaron was beyond the genius and humanity of anyone that we SEE EVER writing for YOU. And you left his body by the road. You and M.I.T and the Massachusetts States Atty. FEDERAL PROSECUTORS office. GOD WILL GET YOU ALL!

The word is out that you supposedly reversed your decision 3 days before he died, but TOO LITTLE TOO LATE. It SURE doesn't make up for l8 months of his SUFFERING nor DOES your gesture SHOW UP ON YOUR SITE! There's nothing free there. No information highway at JSTOR. Just a big TAR BLOCADE of sticky,bubbling GREED. So make good on your promise! CAN YOU FIND A WAY TO MAKE YOUR new thinking & egalitarian INTENT SHOW UP? AS A REALITY? Why not act right NOW today to REMEMBER the luminary whom you helped KILL when NOT speaking up for last 18 months. Why not honor his memory, letting bright students and writers LIKE HIM come in the front door for simple information and saying, 'so sorry that we didn't think of this earlier!' Remember, we don't want the BLUE PRINT TO THE ATOM BOMB. We're just not able to get to a physical library, --we googled a theme and your place came up. Oh, and did I fail to mention, we instantly got kicked out! Hope to hear from you, sign me "one who's loathed you for years,  yet still someone who knows how to research and write for the internet" Anita Sands Hernandez 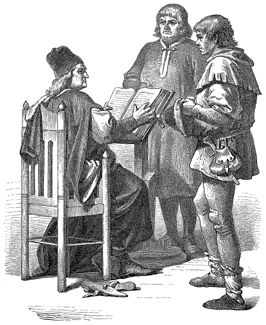 COMMON CAUSE ALERT!  RE-PUBLISH THE 7,000 ARTICLES that you will find waiting for you... IN THE PORTAL TO THE LIFE 101 SEMINAR. Common Cause means they are YOURS, COMMON CAUSE means publish in paper or online for free. Get yourself a 5$ a month website from 5$webhosting.com Create your own WEBSITE, GET A DOMAIN NAME LIKE LIFE 101 or REALITY SEMINARS. OR "SUCCEED NOW.ORG"  Or do a free BLOG.


REPUBLISH ANY OR ALL, Attract Ad Revenue to your blog