TRIBUTE TO THE EMPEROR 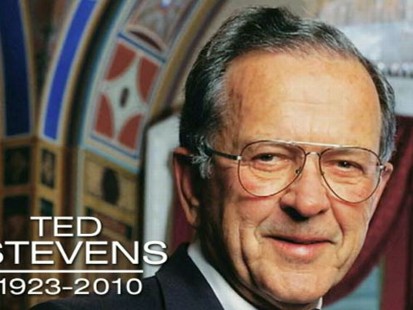 The Stevens BRIBERY Verdict tells us what Politicians do besides get Swiss Bank accounts padded by Oligarchs.

A proud Alaskan senator falls victim to his sense of entitlement.
ONLY 87 years old, he has to die of shame, caught taking bribes 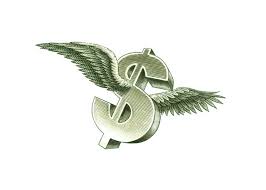 TEDDY was ONE of 5 WHO EVER GOT CAUGHT.
A THOUSAND MORE WERE NOT CAUGHT !
THEY ALL DID THE GIVER'S BIDDING! LIKE IRAQ WAR ferinstance

WE'VE HAD our differences over the years with Alaska Sen. Ted Stevens, but it was difficult not to feel some sadness yesterday when the 84-year-old Republican was convicted of all seven counts of accepting more than $250,000 in gifts from the head of an Alaska oil services company and others and failing to report them on his Senate financial disclosure forms. After a career in public service that began before Alaska was a state, and just a week before Alaska voters are to decide whether he should be elected to a seventh full term, Mr. Stevens now faces likely defeat and the prospect of jail time. And for what? The amount of freebies that Mr. Stevens accepted to renovate his Alaska "chalet" is significant, but the individual components -- a Viking grill, a vibrating Shiatsu massage lounger, a five-foot steel sculpture of migrating salmon -- underscore the petty needlessness of Mr. Stevens's crime.

The obstreperous Mr. Stevens fought hard for his state in ways that we have often opposed -- to open the Arctic National Wildlife Refuge to oil exploration, to use his perch on the Senate Appropriations Committee to shovel hundreds of millions of dollars in pork projects to the state. Now, he is likely to be remembered as one of just five senators to have been convicted of a crime. The last sitting senator to be convicted of a felony was New Jersey Democrat Harrison A. Williams Jr. in 1981, found guilty of accepting a bribe in the Abscam sting.

There is a larger lesson in the Stevens prosecution, which is the sense of entitlement to which public officials can fall prey and, perhaps among the most powerful, a sense of imperviousness to the ordinary rules. After all, they may tell themselves, they work long hours for far less money than they could make in the private sector. After all, they have done so much for their constituents. After all, these are gifts from a friend. This is a mind-set that has been on sad display all too often in Washington in recent years, and, in truth, it is something that not even the most stringent ethics laws can fully protect against. Those who are determined to cheat the system by improperly accepting gifts and failing to report them must realize, as a spate of public corruption prosecutions has proved, that what they may justify to themselves as penny ante is in fact criminal. Mr. Stevens worked to give so much to his state, but he forgot the most important duty he owed its citizens: honest service.