DO YOU HAVE EDUCATED OPINIONS? Ferinstance -- NO TRUMP and back then it should have been NO OBAMA! I mean it. Say your theory is that BARACK AIN'T LIBERAL ENOUGH! C'MON!!!  HE SHOWED HIS TRUE COLORS when he VOTED for A TRILLION BUCK BAIL OUT of CASINO BANKERS. FDR made a law against CASINO BANKING, so CLINTON REVERSED THAT but what they were doing was morally ILLEGAL. ENRON & PHIL GRAMM tossed that law. THREE OBAMA ADVISORS (ACTUAL CAMPAIGN TEAM MEMBERS --TODAY--) ARE GOLDEN PARACHUTE WALL STREET VETERANS! (click and see who/what) REVOLVING DOOR SLIMEBAGS. 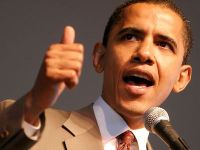 #1 in my class at Harvard. You
think I didn't learn from and
lean toward the ELITE OLIGARCHS?
THINK AGAIN!

Say you have the EYESIGHT to know AMERICA is ready for retooling. Say you think WE NEED a third party candidate with a Fabianistic, intellectual sophistication, a mental edge, someone who sees Wall Street for what it is and isn't. Attaining such a person can be achieved. HERE's HOW! WRITE-IN VILLE. The land that ROSS PEROT once inhabited! (you're not old enuf to recall, he was ahead in polls beating Bush and Clinton so the big guys blackmailed him, threatened him and he backed out!) So since you are so original and smart... Here's a great idea. Let's co produce FM radio from remote control land, from our desks by getting DISSIDENT liberal candidates booked for talk shows across the land. That's called being a P.R. person and it's a super lucrative career, so volunteer first time out, charge $ or small fees, thereafter! And always have a signature card to EMAILS so they can find U again!

We hook up with actual THIRD PARTY orgs that are sponsoring such people,
Here are some good websites: PLACES WHERE YOU CAN HOB WITH PROGRESSIVE BRAINS!
http://campaignforliberty.com/#.
http://www.daveramsey.com/
http://www.votepact.org/
http://brasschecktv.com/
http://www.infowars.com/


And principally the RON PAUL, Ron Paul endorses Chuck Baldwin  but Ron's still a raving good radio guest, a coup to serve him up, ditto DENNIS KUCINCH is a fabulous thinker, speaker, so contact his GROUP. These two men have name recognition even though they're not actually on any of the actual tickets, to get them RADIO TALK TIME, IDEA SHARING TIME as if they were write-in possibilities. But not stressing that.

Do that and YOU, MY FRIEND, will have UNLEASHED EVOLUTION, forwarded THE ACTION, got those SOLID, HIGH FLYING, alternative ideas into the debate. You will have picked up the PROPAGANDA GUN and shot those ideas like EAR CANDY pelleting the heads of 330 million voters some of whom will be open to  WRITE IN CANDIDATE options.

In the furor of the next thirty days  with  global monkeys chattering in the trees enraged about BAIL OUT, the blame game of the AMERICAN CRASH-MARKET...the chatter effect allows ideas to penetrate the usual stupor-brains of viewing/ listening audiences and plant the SEEDS TO UTOPIA that will eventually grow into MIGHTY OAKS!

Imagine liberal candidates discussing ideas like THE MICHAEL MOORE LETTERS
yesterday, http://www.masterjules.net/mmoore2.htm that platform of AMERICAN FIX on FM-
radio talk shows where that kind of talk gets by. (Duhhh. no corporate advertisers)

You have only to make a list of RADIO TALK SHOWS in your own city and get info back to me, Anita Sands Hernandez who is astrology at earthlink dot net.

ONCE WE have names, emails, put it out to Craigs List readers under CREATIVE JOBS or/and GROUPS (those seem to me to be prime, two areas)  as:

"JOB OPENING. RADIO TALK SHOW PRODUCER. Let us explain. OBAMA proved he's no liberal when he voted to give nearly a trillion to the Wall St. BANKSTERS who stole ten times that amount---in trillions ---from the world economy, killing millions of jobless, starving people. Creating their being HOMELESS.

JOIN THE THIRD PARTY COALITION. DO IT FROM YOUR DESK CHAIR, do it now, in easy increments. We need to get RON PAUL, MICHAEL MOORE, JESSE VENTURA, CYNTHIA MCKINNY on TALK RADIO. Your very FIRST ASSIGNMENT is to be a show producer! LET US KNOW what the TALK SHOWS On FM RADIO ARE IN YOUR CITY, phone #s and emails of radio talk show hosts. Thirty days to get the ideas of third party candidates out on the air. Join us for this exciting ride. You too can be a UTOPIAN POP AGENDA IDEA ACTIVIST, as a spare time HOBBY, one lasting only thirty days." Something you can tell your grandkids about decades from now. And give them this URL,this article's url.

A LAST THOUGHT: We get the DISSENTERS ON SENATE VOTE to talk on radio too. You will EMERGE from this month of power meetings knowing every LIBERAL POL and power figure in your city! DO IT! Some great and useful friends and networking.

This isn't so much about WINNING the  ACTUAL election as getting that all important, very pertinent to the YAWNING GREAT DEPRESSION INFO/ criticism of Wall Street and the BANKSTERS into the public mind thru talk radio. And hey, maybe just maybe a scary amount of voters moving toward a UTOPIAN PARTY CANDIDATE! It could happen!

VOLUNTEER to do PR for SENATORS WHO VOTED DOWN THE BILL even though they failed. Or were removed from office!

TELL YOUR RADIO LISTENERS to FIND YOUR ARTICLE/ WEBSITE, LIFT A LAST NAME that starts with same letter as their own name, GOOGLE ONLY THOSE GUYS I mean find their offices in SENATE BLDG or if removed, in their original home state and get in touch. State that you are the LIASON WITH "X RADIO TALK SHOW" You want to do a show on WHY THEY VOTED AGAINST the coming IRAN WAR, the continuing SYRIAN / AFGHANI & IRAQ WARS or NAFTA/ GATT or the BAIL OUT of BANKSTERS... do it with X broadcaster and say you support that view and you can help them take down IMF BACK POCKET POLS  as the WUSSES who passed it SHOULD NOT GET RE-ELECTED as AMERICAN WORKER INTERESTS, known as PROLETARIAT INTERESTS are against that move/ law.. (That's how a P.R. 'tick' gets under a Pol's skin!). LISTEN to talk RADIO. Find their HOME OFFICE, go to the show producers and set it up! Politico or his staff or even RADIO STATION  may offer you a job if you waddle, look & quack like a PR person!

Our POSTER is ANITA SANDS HERNANDEZ, Los Angeles Writer, researcher, mother of 4 and career Astrologer. Catch up with her websites  TRUTHS GOV WILL HIDE & NEVER TELL YOU, also The  FUTURE, WHAT'S COMIN' AT YA! FRUGAL LIFE STYLE TIPS,  HOW TO SURVIVE the COMING GREAT DEPRESSION, and Secrets of Nature, HOLISTIC, AFFORDABLE HEALING. Also ARTISANRY FOR EXPORT, EARN EUROS...* Anita is at astrology@earthlink.net  Get a 35$ natal horoscope "my money/future life" reading now + copy horoscope as a Gif file graphic! No smarter, more accurate career reading out there!

<=== BACK TO CIA WALL STREET SECRETS THE GOV DOES NOT WANT YOU TO EVER FIND OUT!

<==== BACK TO THE SHOW BUSINESS ARCHIVE for screenwriters, producers and video documentarians

<====HOW TO TINKER WITH OTHER PEOPLE's BRAINS, BE FREUD but call it TANTRUM YOGA so A.M.A can't see you.

meaning publish this as you wish, all of it free even if you monetise your webpages meaning YOUR ATTRACTING AD REVENUE

<=== BACK TO THE AMERICAN MELTDOWN WEBPAGE and the FIX