IS MARXISM BENIGN? ARE THE COMMIES TOTALLY NON FASCIST??
HMMMM. They have been, SO FAR!

Tonight a Pal really made my head spin. I'm still scratching it because I NEVER THOUGHT of these things until now. He said "CAPITALISM makes all these WARs and MARXISM DOESN'T." I thought about that. Sure enuf! Ruskis never went to war. They just were in AFGHANISTAN, that wasn't a war until we attacked them there. China never went to war, not after Mao came along. Better red than dead and they were already red so they didn't have to be dead. So that leaves the only Thanatos-embracing villain culture on earth, the one with the DOLLAR SIGN on top of a pyramid and a big, bloodshot eye, run by rich men who want more land! And go to war a dozen times a decade!

I blinked. I fell in a chair to think this over. Well, --I averred, scratching my head to jump start my memory, it appears to be true. USA pols are like wife abusers. They just can't stop. While Marxist leaders were never in office long enough to make a war. Stalin never invaded. Nazis invaded HIM.

Red China's been around only since 1949,  Russia 1917 to 1989? what is that, a tad more than 70 yrs? the lifespan of  MEN not  countries!  Of course, they were also besieged. CIA/OSS/ Capitalists always sparring with them trying to rout them  with coup d’etats, murder, financial  ruination, etc. Insidious penetration to change the monkey on the throne. Who had TIME to make a war? Anyway, commies truly believed they were being watched full time by capitalist spies and they were. Capitalist spies, incursion happened immediately after the Bolshevik Revolution and outside, they ran cabals and blockades which have kept Russia captive since. So what commie had time to make war? They behaved like saints at a church picnic being watched by the priests. Conversely Americans didn't have to behave as nobody was watching them, (until the Unitd Nations came along,) nobody was judging them. (Again, til the U.N).

I responded to my friend, "but  hey, didn't Marxists fight little secret sneaky wars in Latin America and Africa? And they did it without getting their hands dirty, kind of like girlie men --insidiously, subverted, oblique, hidden wars. Little red spooks running around jungles telling poor peasants that Lenin and God dined together nightly and that they (the peons,) should give corn to the mountain guerilleros for which their villages all got macheted and burned.

NEVER HAPPENED, said my friend. Some peons actually went to college, read Marx, it was local insurrection. Priests also had read Marx, especially the Jesuits.
The fact that the priests aroused and they the Jesuits 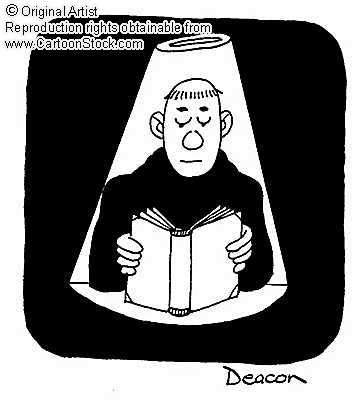 spontaneously started spouting  Liberation theology across the western hemisphere* during the 70's and 80's  maybe was the TRIUMPH of the warless Marxists, their finest hour. Spores of rebellion that went airborn on wings of idealism, spores dating back to SPARTACUS (screen that film,) rising up against Rome, (Kirk Douglas) then Gerard Depardieu (as Robespierre, screen that one too)  creating the French Revolution which spread to Marx, Lenin, Bakunin and ... you know, a nefarious, airborn MICROBE of revolution that just kept going and going

Do you think a spore blew over the Polish POPE, or was it just Bishops and Cardinals  everywhere simultaneously seeing the battle against absolute US HEGEMONY might make emerging nations emerge better? Less joblessness, landlessness, colonial despots, starvation, plague and all that? And suddenly a lightning bolt from heaven and  the Christian spirit moved them? Something like that, but that was probably Marxist covert war, no? I note that as all things that are born are defined by the ability to replicate, spores of that vanquished rebellion still float. Venezuelan presidents now chew Bush out from the podium at the United Nations. Gorgeous! And, hey, d'ya hear? That Guatemalan gal with the unprounouncable Nobel prize winning name, Rigoberto Menchu is running for president! She was an utter nobody in a corn growing village who watched her whole family get slashed, burnt at the stake by Government death squads and twenty years later like the south african guy with the name I can't remember Oprah's friend. Who did nearly three dimes in jail. Ascending the throne! She's going to be president. Whodathunk it? EARTH must be a soap opera the gods watch on Olympus and giggle and poke each other's arms saying 'what will these loonies think of next?'

My friend sneered at me. "You’re mistaking capitalist-totalitarians like Stalin or Mao for true  Marxists. True Marxists have NEVER been in power...although Venezuelan president Hugo Chavez  gives me hope." Let's see how long the CIA leaves him there.  Re-read your history. “Marxism” - which, like “democracy” has never ever been practiced on this planet - has its checquered past (and present). Marx claims, and I agree, that history is *nothing but the record of class war*. Jesus was one of history’s great anarchists.  His so-called followers are monkeys to a Constantinianized madness.

"Whom the gods wish to destroy, they first make mad."

"Failure in Iraq would be a disaster for the US," stated George W. Bush last
month. In an act of sheer desperation, the US president therefore announced
"the Surge", the dispatch of a further 21,500 American troops to Iraq, who
will also be given a free hand to conduct their operations.

But with more than 3,000 US troops already dead in Iraq, greater than the
number on 9/11 which was used as a pretext for war, together with countless
Iraqi deaths, Bush's actions are no more than a desperate gamble in a war
that will soon enter its fourth year of "shock and awe".

While this is madness, there is method in Bush's madness. While there is
growing awareness that the coalition forces have been defeated in Iraq, to
withdraw now would be seen as a catastrophe for the American Administration,
a humiliation with far-reaching consequences similar to their defeat in
Vietnam. But as we explained at the beginning of the war, the opposition to
occupation will turn their "victory" into defeat. They lost the Vietnam War
at home as the American people turned against it. They are doing so today,
with only 25% supporting the President's decision to send more troops to
Iraq.

This is not surprising, as the situation on the ground has gone from bad to
worse. "Iraq has reached advanced social breakdown, with ethnic cleansing on
a regional, neighbourhood and even street-by-street basis", states the
Financial Times. "The US deployed a similar number of troops last summer to
‘lock down' Baghdad, since then the number of killed in the capital alone
has rocketed to more than 100 a day, while on average an attack occurs
against Anglo-American forces every 10 minutes..." (12/01/07) The
humiliating fashion in which Saddam Hussein was hanged is intensifying
further the bloody conflict.

The White House is caught between the devil and the deep blue sea. It has no
room to maneuver. As a consequence, Bush is now preparing to bomb Syria and
Iran, as with Somalia, most likely using its ally Israel. He has already
ordered the US military to break up so-called Iranian networks in Iraq.
Every day increasing pressure is being applied to Iran. The Iranians are
being accused of "meddling" in the affairs of Iraq by the meddling American
imperialists. The recommendations of the Iraq Study Group, which urged talks
with the Iranians, have been ignominiously cast aside. In February, a second
US carrier strike force will arrive in the Gulf to join the carrier USS
Eisenhower in a new display of military might. Extra US F-16 fighter planes
have also reportedly flown to Turkey.

This calamity in Iraq has split the Republican Party between those keen to
save their political skins and the coterie around Bush who are desperate to
preserve their legacy. Nevertheless, "Republican support for the President
is draining rapidly", according to a party strategist from Bush's own party.

The more intelligent strategists of Capital are also alarmed by Washington's
belligerent stance. Again, in the editorial of the FT, it states with dread:
"Mr. Bush is instead threatening to expand the war... The Iraq surge is
beginning to look like the Vietnam escalation, spilling over into Iran and
Syria the same way that one did into Cambodia and Laos."

As Bush lurches from one adventure to another, he is followed by his
faithful lapdog, Tony Blair, who has said Bush's surge "made sense". Blair
looks callously to the future in anticipation of further wars, stating that
Britain will jealously guard its status as a global military power.
"September 11 changed everything," he recently said in a lecture to military
top brass.

Despite Blair's dreams, third-rate British imperialism is even now
completely overstretched militarily. General Sir Richard Dannatt, the new
army chief, has urged the government not to "break" the army over its twin
engagements in Iraq and Afghanistan. Even here, they are facing a losing
battle. According to Anthony Cordesman, the experienced US military analyst:
"The British have essentially been defeated in Basra." In reality, British
troops are dispirited and demoralized by the experience, and cannot be used
for another adventurous war.

However, Blair, who is concerned about his place in history and his own
"exist strategy", has provoked opposition to his blind submission to US
foreign policy, even from docile Cabinet Ministers like Peter Hain. Of
course, Hain voted for the war, but his change of heart is linked to his
candidature for the Labour Party leadership and the need for a "left" image.
It is a clear case of rats deserting Blair's sinking ship, determined to
distance themselves from unpopular policies, to save their lucrative
careers.

Bush's policy was determined by the interests of American imperialism, which
is seeking world domination. Blair was keen to support the United States,
reflecting the miserable dependency of weak British capitalism. Blair is a
bourgeois interloper who was determined to destroy the Labour Party by
breaking the party's link with the trade unions and turn New Labour into an
openly capitalist party. Despite all his efforts, the "Blair Project" has
failed.

With Blair's immanent departure, Gordon Brown is keen to take over the
reigns and continue with New Labour's capitalist policies. There is no
difference between Blair and Brown. Both are committed to the capitalist
system ("the market economy"), which have served to make the rich richer and
the poor poorer. That is why Socialist Appeal gives support to the left wing
candidature of John McDonnell for Labour leader. Success for his left wing
stance will transform the situation in the labour movement and open the road
for genuine socialist policies.

A Labour government committed to socialist policies at home and abroad will
mean the withdrawal of troops from Iraq and Afghanistan and opposition to
imperialism. The struggle for socialism in Britain, which would put an end
the power of the bankers and big business, must be linked to a struggle for
socialism internationally. Only then can the world's resources be planned
harmoniously and democratically in the interests of the vast majority,
resulting in the abolition of poverty, unemployment, homelessness and war.
We have nothing to loose but the chains of war and oppression and a new
socialist world to win.""