A Short History of Health Care ... a great book where Jonathan Cohn shows how the AMERICAN HEALTH CARE SYSTEM GOT SO VERY ILL! 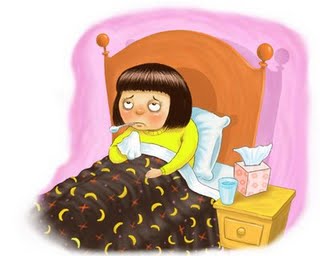 Don't think Doctor Obama can save me in time...I"m going!
It's all over for me. Dr. Greed is going to be my undertaker!

Any successful attempt to reform health care in the United States must accommodate two realities.
Reality 1: The current system is increasingly inaccessible to many poor and lower-middle-class people (about 47 million Americans lack health insurance, up from about 40 million in 2000); those lucky enough to have coverage are paying steadily more and/or receiving steadily fewer benefits; the increasingly complex warfare between insurers and hospitals over who pays the bills is gobbling up a great deal of money and resources; and the end result is that the United States pays roughly twice as much per capita for health care as Canada, France, and the United Kingdom yet experiences slightly lower life expectancy than those countries and significantly higher infant mortality. The problems inherent in the U.S. system of health care are literally killing people.

Reality 2: Open discussion of a "single-payer" system in which the government pays for and regulates health care is verboten within the political mainstream because it is presumed that Americans would never accept socialized medicine. Whatever solution arrived at by Congress and the president (in all likelihood, not this president) will have to harness market forces because, it's widely believed, markets will always outperform the dead hand of government. The lesson of "Hillarycare," a sweeping proposed health-care reform that died in Congress and may have delivered the House and Senate to the Republicans in 1994, weighs heavily on Democrats' minds (even though Hillarycare was not a socialized-medicine scheme but rather an attempt to reorder the private insurance market).

The trouble with the policy debate that's slowly beginning to emerge as the medical-industrial complex spins out of control is that it pays maximum deference to Reality 2 (political reality) and minimum deference to Reality 1 (the thing itself). This is an occupational hazard for mainstream political thinkers, who tend to define a pragmatist as someone who can find common ground between Republicans and Democrats no matter how irrelevant the compromise may be to the problem it's meant to solve. Thus in a recent column, Slate editor Jacob Weisberg noted with admiration that Sen. Ron Wyden, D.-Ore., author of an elaborate new market-based health-care reform bill, was so determined to "learn from previous Democratic mistakes" that he "read The System, David Broder and Haynes Johnson's massive tome on the failure of the Clinton health-care reform plan, no less than five times." But wouldn't it have made more sense to read The System just once or twice and then move on to a book focused not on Congress and the White House but on hospitals, insurance companies, doctors' offices, and the patients they're meant to serve?

Jonathan Cohn, a senior editor at the New Republic, has written such a book, and I would urge Sen. Wyden to read it at least three times. Cohn's book, to be published next month, is Sick: The Untold Story of America's Health Care CrisisAnd the People Who Paid the Price. Each chapter of Cohn's book is devoted to one or two patient narratives that illuminate a particular dysfunction of the present medical system, and the chapters are arranged in such a way that the dysfunctions appear more or less in the order in which they first became significant national problems. The result is an 80-year chronology of repeated market failure, with each successive reform serving at best as temporary respite from the previous problem. Read it and weep. Capitalism can't deliver decent health care.

What we recognize as modern medicine, Cohn writes, began in the 1920s. That's when doctors and hospitals, having only during the previous decade learned enough about disease that they could be reliably helpful in treating sick people, began charging more than most individuals could easily pay. To close this gap, which worsened with the advent of the Great Depression, the administrator of Baylor Hospital in Dallas created a system that caught on elsewhere and eventually evolved into Blue Cross. The Blues were essentially nonprofit health insurers who served local community organizations like the Elks. In exchange for a tax break, Blue Cross organizations kept premiums reasonably low.

The success of the Blues persuaded commercial insurers, who initially considered medicine an unpromising market, to enter the field. Private insurers accelerated these efforts in the 1940s when businesses, seeking ways to get around wartime wage controls, began to compete for labor by offering health insurance. If government regulators had thought to freeze fringe benefits along with wages, we might have avoided making the workplace primarily responsible for supplying health insurance, a role that most people now agree was ill-advised. Instead, the government jumped on the bandwagon by exempting from the income tax company expenses associated with health care. (President Bush's proposal to alter this subsidy so that tax treatment of the self-employed is the same as for people who work for large companieswho currently enjoy an advantagedeserves praise for its progressivity. It would probably accelerate the business world's withdrawal from health insurance, which is inevitable. The trouble is, Bush offers no alternative to the workplace as a supplier of health insurance. Like Bush's plan to overthrow Saddam, it's great on the front end and disastrous on the back end.)

The Blues, in their early days, charged everyone the same premium, regardless of age, sex, or pre-existing conditions. This was partly because the Blues were quasi-philanthropic organizations, Cohn explains, and partly because the Blues were created by hospitals and therefore interested mainly in signing up potential hospital patients. They were sufficiently benevolent that when Harry Truman proposed a national health-care scheme, opponents were able to defeat it by arguing that the nonprofit sector had the problem well in hand. As private insurers entered the market, however, they rejiggered premiums by calculating relative risk, and avoided the riskiest potential customers altogether. To survive, the Blues followed suit; today, they no longer enjoy a tax advantage and are virtually indistinguishable from other health insurers. Meanwhile, large companies, which tend to employ significantly more young people than old people, began to self-insure. The combined result was that people who really needed health care had an increasingly difficult time affording, or even getting, health-care insurance.

As health-insurance costs rose during the 1970s and 1980sdriven both by improving medical technology and by the growing inefficiencies of the health-care systemhealth maintenance organizations, which had been around since the beginning, began to proliferate, along with other managed-care schemes. Like the Blues, HMOs became victims of their own success. Initially they were mainly nonprofit, but once again businesses spotted an opportunity and for-profit HMOs displaced nonprofit HMOs. (According to Cohn, 12 percent of the market was served by for-profits in 1981; by 1997, that was more like 65 percent.) With their bottom-line orientation, the for-profit HMOs were necessarily more aggressive about denying treatments.

Managed care kept cost increases in check for a while during the 1990s, but eventually costs started creeping up again, creating the current crisis. Today employers are reducing or eliminating outright health-care benefits for employees; hospitals are consolidating and becoming less accommodating to low-income patients as they seek to push back against insurers; and a shrinking portion of the population has any health insurance at all. The Bush administration has encouraged the growth of health savings accounts, which in the guise of providing greater consumer choice create a confusing array of alternatives that disguise a further reduction in coverage and more cost-shifting away from the young and healthy toward the old and sick. The overall trendthe gift of an increasingly market-driven health-care systemis to undermine the very idea that the cost of illness should be spread out among the general population, healthy and unhealthy alike. In this sense, the private health-care market is too efficient. Assigning health care costs to sick people is what the market wants to do.

Markets can do many wonderful things, which is why I'm glad to live in a capitalist country. But they've made a complete hash of the health-care system. Doesn't that reality deserve more than passing respect?