In the sixties, REBIRTHING,
IN THE SEVENTIES GREEN-EARTHING
and NOW  "EARTHING" 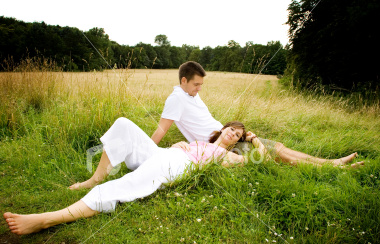 Throughout practically all of history, we humans have walked barefoot and slept on the ground, largely oblivious to the fact that the gentle surface energies of the Earth harmonize and stabilize the body's fundamental biological rhythms and keep inflammation at bay. In our contemporary Western world, the widespread use of insulative rubber or plastic soled shoes has disconnected us from these nurturing energies and, of course, we no longer sleep on the ground as we did in times past. New research indicates that this physical disconnect from the Earth creates abnormalities in the physiology and contributes to the chronic inflammation, pain, fatigue, stress, and poor sleep that are so rampant in our modern society. Along with the research has emerged an amazingly simple remedy for many health problems, including the chronic inflammation regarded as the cause of most common modern diseases, including cardiovascular disease. The remedy is something right beneath our feet -- the Earth itself!
This discovery is called Earthing and it means reconnecting the human  body to the Earth's natural and subtle electric frequencies that few people even know exist. The surface of the planet, science tells us, brims with health-sustaining energy, but until recently the extraordinary benefits that it offers were basically unknown.

Connecting the human body to this natural resource is utterly simple -- just go barefoot outdoors. If you have ever walked along the beach near the surf, or on a grassy field wet with morning dew, you may have felt the energy in the form of gentle tingling or warmth in your feet and legs. You can also connect to this energy by sleeping,
working, sitting, or resting on specially designed and inexpensive conductive sheets, bands, or mats that transfer
the energy via a wire into your home and office. The biggest anti-inflammatory on the planet is -- get this! -- the very planet itself. Basically, we live on top of a global treatment table!

The Earth's surface energy takes the form of a virtually unlimited reservoir of free electrons, subatomic particles. When "uploaded" into your body as a result of direct physical contact with the ground, these electrons appear to quell the rampage of destructive free radicals at the basis of chronic pain and inflammation.

Our hypothesis is that this effect takes place as negatively-charged electrons -- like reinforcements swarming into battle -- suffuse the body, basically overwhelming and neutralizing positively-charged free radicals. Earthing, we say, remedies a commonplace electron deficiency and thus reduces or eliminates inflammation.

Earthing has great promise for improving arrhythmias, blood pressure, circulation, and the vital pumping activity of the heart. I recently participated in a pilot study on the electrodynamics of blood cells that indicates Earthing significantly improves viscosity (blood thickness) and flow. Another study I was involved in showed how
Earthing contributes to a de-stressing and balancing effect on the nervous system.

Clint had a personal interest in health because of constant back pain. He took painkillers
in order to fall sleep and to function throughout the day. Clint knew that the body was
conductive, that is, it conducts electricity. So he performed a simple experiment on
himself. He rigged up a crude conductive grid with metallic duct tape to fit on his bed.
He clipped a wire to the grid, ran the wire out his bedroom window, and
fastened it to a ground rod he planted in the Earth outside. He then lay down on the
grid and, lo and behold, he fell asleep. The next thing he knew it was morning. He slept
soundly for the first time in years, and without taking a pill.
Electrical engineers know that the surface of the Earth is pulsating
with negatively charged free electrons. Doctors and medical researchers are not familiar with
this, but they know that the body is electrical in nature, and that free radicals are
positively charged fragments in the body at the core of inflammation, tissue destruction,
and disease. Clint theorized that if Earthing could reduce pain, as he had witnessed
many times, it must come from reducing or neutralizing the positively charged free radicals
causing the pain during the inflammatory process. The free electrons must be putting out
the fire. The research that Clint did, with the help of Dr. Oschman, established an
intriguing hypothesis for Earthing: in direct contact with the Earth -- barefoot or through
one of Clint's continually evolving sleeping devices -- the free electrons flow into
the conductive circuitry of the body and snuff out inflammation.

<==BACK TO THE HOLISTIC INDEX & ARCHIVE