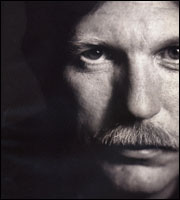 AFTER CIA MURDERS GARY WEB FOR EXPOSING THEIR DRUG TRADE, GARY'S EDITOR AT SAN JOSE MERCURY IS FRIGHTENED, QUITS HIM.   BETRAYS HIM, ST PETERS HIM.


REMEMBER HOW GARY WEBB created this incredible series of stories proving that the CIA was dealing drugs to the GHETTO to get all the black boys in prison? Webb's editor, San Jose Mercury News' own  Jerry Ceppos, who first adored the series, got so much flack he quickly abandoned  WEBB who GOT murdered by the CIA. Though once upon a time, CEPPOS  published the story and believed in it, under pressure from the major corporate news media, MSM as the kids call it, he "took it all back" in an absurdist statement on journalistic ethics.

His open letter was printed in the San Jose Mercury News, and is archived at the Mercury's web site. (11 May 1997) Ceppos gave this apology a prominent place on the web site, and appended a link to the apology to every page on the site. Of course, with the mountain of evidence presented on the site, this short apology seems cowardly and contradictory. In particular, compare it to Ceppos' open  letter to the Washington Post six months earlier (18 October 1996), in which Ceppos defended the Webb story.

In both cases, Ceppos agrees with himself on one thing: the Webb story
did point to significant government wrongdoing; the only question is of what
magnitude.

PETER DALE SCOTT says THE STORY WAS HUGE!
Peter's first book on CIA costs twenty grand if you can find a copy. CIA bought them all.

SEVERAL POINTS: : (1) Ceppos never denies the CIA-cocaine connection spelled out
in the original SJMN series. He quibbles about the amount of cocaine actually sold
by Ricky Ross and the amount of money sent to the contras by Blandon, but the actual
point that should be taken from Webb's series, that the "war on drugs" in the US has
proven to be an absolute hypocrisy that is undermined by US government
organizations, is never contested by Ceppos or any of the mainstream media sources
linked below. (2) Ceppos says nothing new here; he simply concurs with the major
papers that Webb's journalism was flawed. Webb himself, and many experts such as
Robert Parry and Peter Dale Scott, stand by the original series. (3) Ceppos points out
the original series sensationalized the story -- that is quite true. That is in fact what
newspapers tend to do with everything. Nevertheless, we are still dealing with
government misconduct of dramatic proportions. (4) Finally, all Ceppos or any of the
mainstream news media sources have contested is the Blandon-Ross connection. What
about Ramon Guillen Davila? What about Detlaf Thomas? And Chip Tatum? The list
goes on.... The lesson: read beyond the headlines. At the very least read the entire
article.

Critical Reviews of Ceppos' Apology: (You have to google all these urls yourself. I was too inexperienced at computers when I first pub this piece to 'load' them right. A good google might deliver old texts on the net.

Email Jerry Ceppos! Let him know how you feel about the SJMN sitting
on Webb's new stories. (23 May 1997)

CIA, Crack, the Media: Excellent editorial in the Nation which effectively
refutes Ceppos' disingenuous mea culpa and calls the rest of the
mainstream media on their sudden interest in the story now that Ceppos
has retracted Webb's investigative journalism. (02 June 1997)
Nick Schou, "Tracks in the Snow": Schou uncovers new evidence about
Ron Lister's connections to Blandon, responding to the Ceppos apology
in the process. (LA/OC Weekly 22 May 1997). Schou writes:

"This new information on Lister's ties to the shadowy world
of covert operations falls just short of being the smoking gun
that reporter Webb sought for his Dark Alliance series. But
Lister's story does add weight to the very assertions that the
mainstream press judged to be deficient in Webb's work.
And it underscores the point that it is the CIA, not
Webb, that still has the most to answer for on this
matter."

What the Webb Corrections Mean, by the Crack the CIA Coalition
(June 1997)

Recent article in the Washington Post (13 May 1997) which pretends to
offer new evidence refuting the Webb series. Again the claims are the
same: Webb never proved that CIA agents were paid to distribute crack
in South Central LA. No shit. Problem is Webb never really CLAIMED THAT
despite the sensationalism of the original series. The only new information
presented in this piece (and 2 other articles like it in the New York Times
and the San Francisco Gate (note - both links require subscriptions) is
that San Jose Mercury News editor Jerry Ceppos has now jumped on
the denegation bandwagon, refusing even to publish more recent evidence
unearthed by Gary Webb.

The CIA, in their infinite wisdom, will continue their self-probe despite
Ceppos' backtracking, according to the Los Angeles Times (13 May
1997). We'll see what comes of that. See also Justice Department to
Continue Inquiry, from the Mercury News (14 May 1997)
"Crack and Cocaine in LA": Letters to the Editor of the Los Angeles
Times (18 May 1997)
Joseph R. Daughen, "Belief May Persist," Milwaukee Journal Sentinel
(18 May 1997)
Steven A. Holmes, "Accusations Renewed," New York Times (15 May
1997)
An Editor Comes Clean: St. Petersburg Times Ediborial (15 May 1997)
An Editor's Timely Retreat: Editorial from the Rocky Mountain News (15
May 1997)
Editor Criticizes Series, from the International Herald Tribue (14 May
1997)
Sam Fulwood III, "Waters Wants Probe to Continue," from the LA
Times (14 May 1997)
A Newspaper Says 'Mea Culpa': Chicago Tribune report (14 May
1997)
"Courage at the Merc": Editorial from Boston Herald praising the
"courage" of Ceppos in undermining his own paper's story. (14 May
1997)
A Destructive Newspaper Series: Editorial from the Memphis
Commercial Appeal (14 May 1997)
CIA Continues Probe, LA Times (13 May 1997)
Rita Ciolli, "Paper Admits to Flaws," Newsday (13 May 1997)
Editor Admits Deficiencies: AP report from the LA Times (12 May
1997)

<=====BACK TO THE TRUTH NOBODY LETS GET PRINTED

<=====BACK TO CONSPIRACY INDEX PAGE